The start of a new relationship can be thrilling, magical and way stressful.

Everyone reacts to new love differently. Scroll down to your zodiac sign to see what you’ll be like at the start of your own relationship.Related: These MEAN GIRLS Quotes Make Fetch Captions

Ariens are typically known for their daring personalities and their will to take on anything, but when it comes to a new relationship, that becomes a lot tougher for them. This is when their bold and fiery natures show through. They start off relationships with very strong feelings, and their impulsivity means they declare their love fast—and totally mean it.

Taureans are an earth sign, and they’re well known for their reliability, practicality and stability. They also yearn for security in relationships, so as soon as they enter one, they try to nail things down. They want to know right away whether the other person is willing to make the same commitment to the relationship that they are. Taureans never believe they’re moving too fast.

Geminis have dueling natures that won’t allow them to stay still in a relationship. One moment, they’re extremely lovey-dovey. The next, they second-guess these actions. They don’t want to come off too strong, so they become distant for a while before returning to their affectionate ways. Only when they finally become comfortable in the relationship can they find the right balance.

Cancerians are the most emotional and sensitive of the zodiac signs, and they know it. In a new relationship, they overcompensate for their overwhelming feelings by leaning too far in the other direction. They wind up keeping their emotions to themselves and wind up seeming aloof and distracted instead of engaged. As time passes, they’ll learn to open up the floodgates, one step at a time.

Leos have a powerful presence that can’t be ignored. They love attention, but when it comes to a relationship, they want to share that admiration with their S.O. They try to make every decision on behalf of the both of them in order to maximize their visibility as a power couple. Over time, Leo will chill with this behavior—if the other person decides to speak up about it, that is.

As hardworking and analytical as they are, Virgos also tend to be shy and dislike the spotlight. While they usually like to be in control, when it comes to relationships, they have a tough time actually communicating. Rather than saying what they want or need, they’ll try to drop hints and expect their partner to get it. As the relationship grows, they’ll finally learn to speak up.

Librans are represented by the scales, and they care about fairness and equality. In a new relationship, they become obsessed with keeping things balanced. They’ll always pay for their half and make sure that everybody always gets what they want. However, relationships aren’t always equal when they’re split right down the middle, and they’ll have to learn that their partner might like to be occasionally generous, too.

Scorpios are often mysterious, putting on a cold front to hide their true thoughts and feelings. When they enter a relationship, Scorpio has to let that guard down, and being vulnerable can be very scary for them. It forces them out of their comfort zones and makes them process feelings they don’t always let themselves feel. Scorpios can freak out a little during this time, but it’s really good for them in the long run.

Sagittarians can be fiercely independent, and they’re known for not wanting to get tied down to anyone or anything. No matter how strong their new relationship is, their first impulse can be to run. Even when they get back to thinking logically about the situation, they still want to get away somehow. Often, they’ll plan a trip to someplace unique or exotic. Whether their new S.O. is up to join them will be the first test of the relationship.

Capricorns are the most traditional and responsible of the zodiac signs, and in a new relationship absolutely loyal and very attached to their partner. While others might see their approach to relationships as old-school or boring, Capricorns know that the best relationships are built on strong foundations starting with real devotion.

Aquarius is the sign most known for going with the flow, and when it comes to relationships, Aquarians dislike the idea of settling down. They prefer to keep their options open, so when one special person asks for commitment, they can be torn about whether or not it will be worth it. Only once they give in do they realize the potential power of a relationship.

Pisceans spend a lot of time daydreaming and imagining their ideal life, but when they start a relationship, part of that daydream starts coming true for them. They become more present but also want to know absolutely everything about their new S.O. They ask tons of questions, from their favorite color and musical artists to their family history and their past relationships. For some, this can be a little intimidating, but Pisceans mean no harm. They just want to truly know their partner. 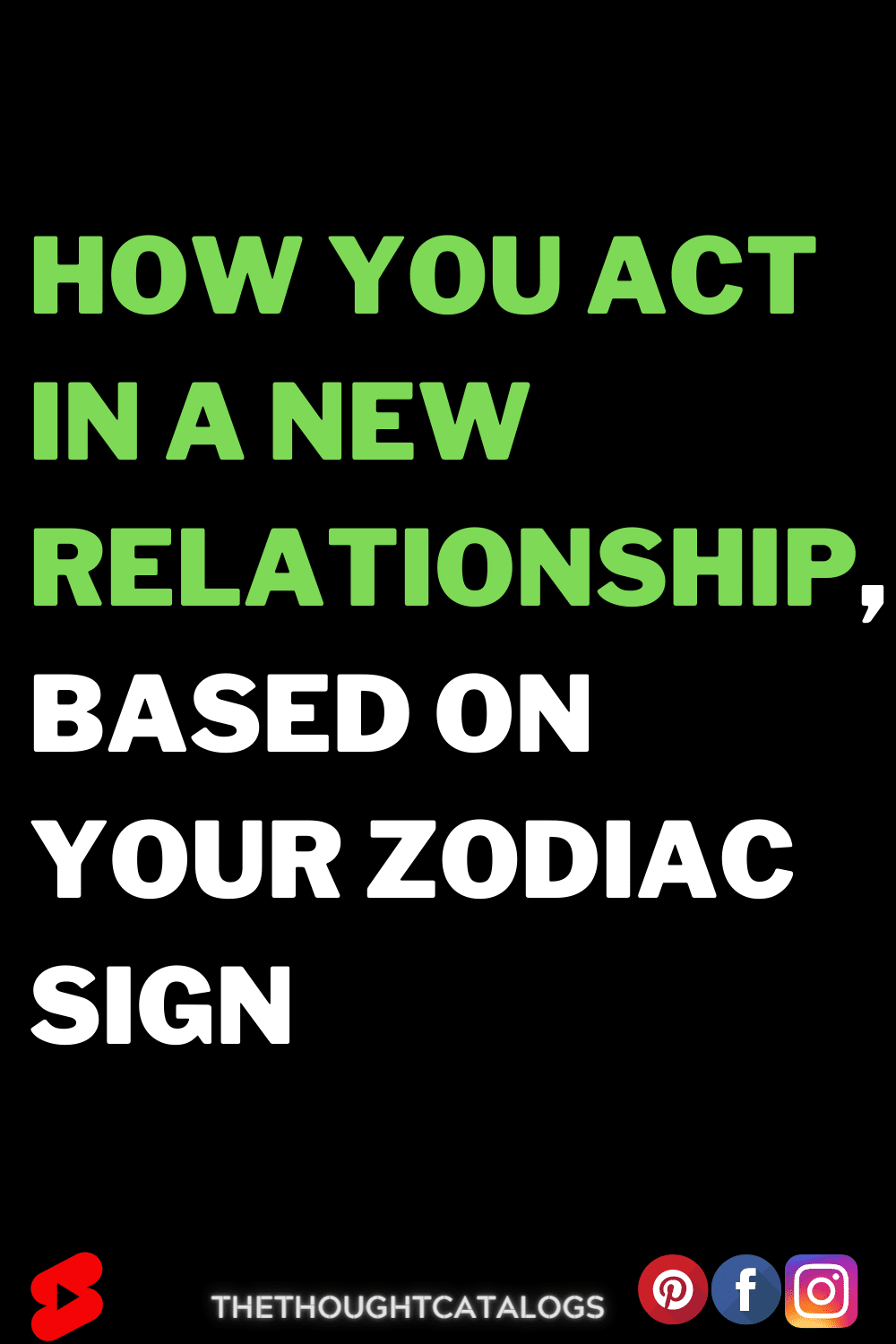 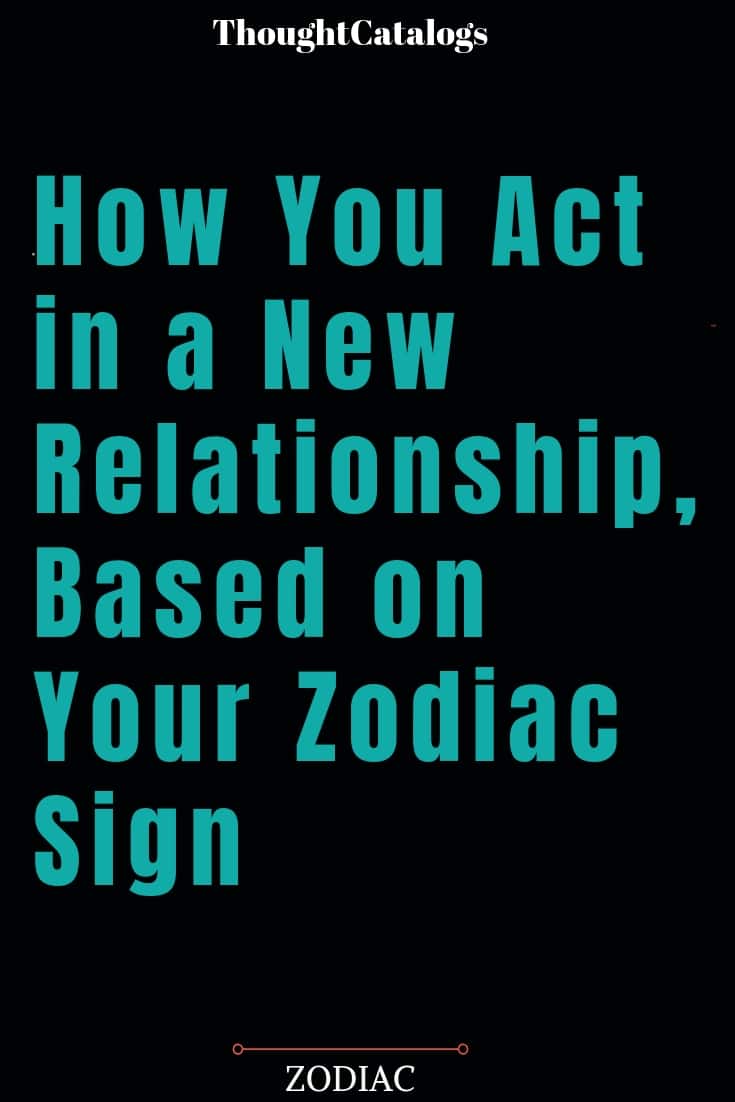 What You Need Most in a Relationship, According to Your Zodiac Sign

The One Thing You Need to Do This Summer, Based on Your Zodiac Sign

Check Also
Close
Featured Posts
These Zodiac Signs Ranked From Nicest To Cattiest, Based On Zodiac Sign
15 hours ago

These 3 Zodiacs Who Absolutely Hate Catching Feelings In February & March 2023, Based On Zodiac Sign
15 hours ago

These Zodiac Signs Ranked From Most Psychic To Totally Clueless in 2023, Based On Zodiac Sign
15 hours ago

These 4 Zodiacs Who Will Walk Away If They Catch You In A Lie In 2023, Based On Zodiac
15 hours ago