We fall in and out of love. We are hurting. Laughing and thriving, all while in love. Fighting and hoping, believing and running away. It’s all part of life, all part of love. But then, there is she. A woman who is hurting, who is afraid of love. The one that was never a priority, always a second choice. The one who doesn’t know what it feels like to be someone’s only choice, someone’s everything.

She knows how it feels to be left alone. With no warning, with no time to prepare. She knows how it feels to be just one stop along the way, when she wanted to be the final destination. So, her fears are growing as the time passes by. She will love you the way you were never loved. She will love you wholeheartedly with that crazy kind of love that drains her, but she is still happy. Because, that’s the way she loves. She holds nothing back when she’s doing it. But once night comes around the corner, she will be left alone with her thoughts, with dark demons from the past, warning her that you will leave. Telling her how once more, she will be one choice you won’t make. And she spends every second of her time wondering how long before you leave.

She knows how it feels to be pushed aside. She knows the pain of being just arm candy, something to kill the time. She knows the pain of loving and not being loved back. Of giving everything to get nothing but pain in return. And she is still loving, even when everything screams at her not to, she still does it. And even then, she won’t hope for you to stay. Even when you promise her your love, she will wait for you to leave. Even when you tell her that she is everything you’ve been waiting for, she won’t believe you. Because she was promised love before. She was told before that she’s the one and she was left before. She was broken and bruised, but she still decided not to build her walls up. It’s just that she’s not building her hopes up, either.

She knows the power of words, so give her actions instead. Instead of promising her happiness, be there for her when sorrow comes knocking on the door. Hold her tight and share silence with her when she asks you to. Instead of telling her how she’s beautiful, make her feel like it. Kiss every inch of her body and love every scar of hers. Because she still doesn’t know how to love them herself, she still hasn’t learned how beautiful she is. The version of her you see is hidden from her with shadows from the past, with past betrayals and pain. The woman you fell in love with is a woman she can’t see. So, help her to open her eyes. 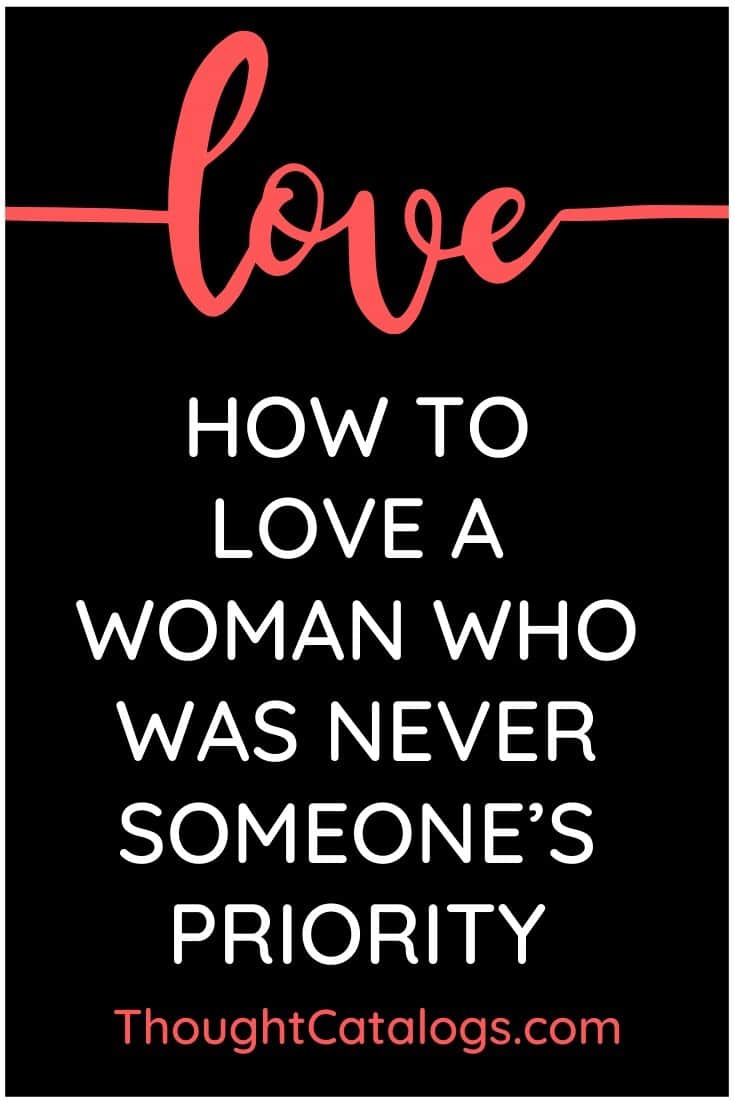 These 4 Zodiac Signs Are Most Likely To Overthink Everything, So Stop Stressing Yourself Out

You know the drill. One bad thought enters your mind and then it snowballs into another one. Your head is now full of negative...

These Are The 3 Most Intelligent Zodiac Signs

Sweet and gentle Pisces is a Water sign, which means this sign is guided by its emotions and intuition throughout its life. It’s also a Mutable sign, which...

A lot has actually been discussed about what heartbreaks can do to people. A myriad of songs have been sung, poems have been written,...

The Best Ways To Overcome Anxiety In This Year, Based On Your Zodiac Sign

Can your natal astrology show you to be much more susceptible to fret or distressed feelings than other zodiac signs? Some astrologists say that...
𝐓𝐡𝐞 𝐭𝐡𝐨𝐮𝐠𝐡𝐭 𝐜𝐚𝐭𝐚𝐥𝐨𝐠𝐬 is an Educational & Entertainment Platform theme. Our Team Publishes 100+ Content On Weekend/Monthly. We will motivate the needs of any person & make them inspire instantly You, Will, admit Once You Begin Your Journey With Us. The Thought Catalogs platform is a perfect choice.
© Copyright © 2022 - All Rights Reserved | TheThoughtCatalogs.