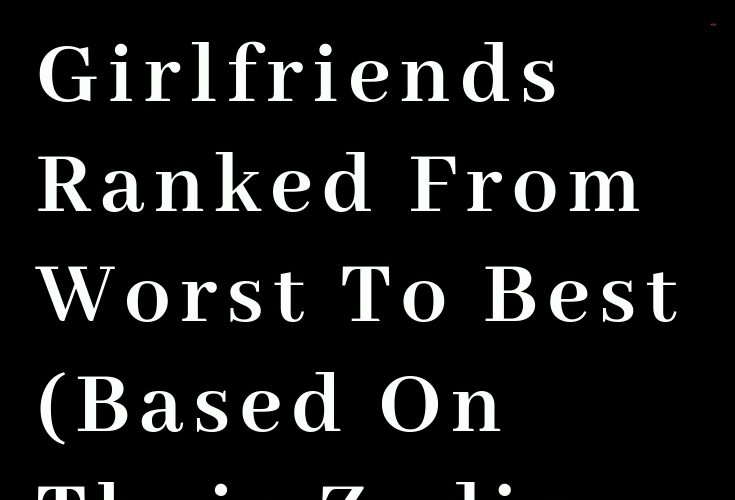 When it comes to worst exes, Scorpio takes the lead. She is usually guarded and very protectiveof her heart once it gets broken, so there are no limits to what she is capable of.

The sadness and hurt she feels after a breakup is mixed with anger. She wants revenge. She wants to get even, and she wants her ex to know exactly how she felt. Needless to say, hell will break loose, and her ex will regret whatever he did.

She is always on the edge of turning into a psycho ex that will slash tires, call his new girlfriend and tell her a thing or two, post damaging pics all over social media, make a big scene, etc.

After the anger wears off, she will retreat into herself and become even more guarded than she was to start with.

Things not working out as well as she planned doesn’t go well with Gemini. It’s even worse when breakups are at stake.

She will want to get to the bottom of things and go to lengths to find out why things went south and how they can be mended.

She usually doesn’t want the breakup to happen no matter how the relationship was.

So, she will do her best to plant the seed of doubt in her ex and convince him to give it another go.

She will even lie and scheme if she needs to to have it her way.

If that fails, she will change her strategy and go into a self-protective mode.

Offense is the best defense, so Gemini will talk trash about their exes with a touch of exaggeration.

While a Cancerian woman can be one of the best girlfriends, she makes one terrible ex-girlfriend.

She wants her happily ever after, and she will stop at nothing to attain it.

Whether she’ll admit this to herself or not, more than once, she has forced her relationships to work.

She loves to fix broken things and always sees the good in others which eventually comes back to bite her.

Long after the relationship ends, she still has hope that things are going to work out.

She can’t really forget her ex because she is obsessing over him and stalking him through social media or mutual friends.

Out of the blue breakups in which she can’t really tell what the cause was are the worst.

She immediately gets the feeling that she isn’t good enough, and she has a hard time shaking it off.

A Capricorn ex-girlfriend is not the worst nor the best. She is somewhere in between. Actually, it all depends on the reasons that led to the breakup.

If the reasons for the breakup were clear and they parted ways on good terms, she’ll be the best ex a guy could hope for.

She will handle the breakup with dignity no matter how she feels about it.

On the other hand, she can’t stand not having closure. When reasons are unclear, she will want to get to the bottom of it.

She will send text after a text until she gets all the answers.

Before she is even aware of it she already exaggerated with texts, follow-up texts, and pleas to meet and talk.

Fortunately, she has a bestie who will calm her down and make her see the reality—not everything has a logical explanation.

That will stop her on her way to crazy ex-ville.

A Virgo ex will definitely want to make some sense out of everything.

She will trace back his and her every move trying to figure out where did it all go to hell.

She will be on the verge between drowning in tears of self-pity and thanking heaven for saving her from that horrible man.

She will browse through their entire texting history, searching for red flags. She will scope his social media accounts looking for signs of betrayal.

She will call her ex a few more times than necessary to talk things through, and she won’t take ‘no’ for an answer. Solely on that, he will label her as crazy.

The worst of all is that she isn’t crazy. She just wants to know the real reason for what happened and attain closure.

The problem with her exes is that they don’t know what they had until they lost her. They learn to appreciate her when it’s too late.

By that time, an Arian woman has kicked into her ‘thank you, next’ mode, and there’s no going back.

She doesn’t just say she has someone new. She literally finds someone new and does her best to move on.

Rebound relationships are her thing, and she believes that it will be easier to forget her ex if she has somebody else to occupy and entertain her.

Is that a good or a bad thing to do? Aries will find out soon enough.

Pisces has a hard time accepting the breakup because she is a hopeless romantic, and breakup is not the word with which fairy tales end.

She will definitely put on a brave facade while she is falling apart underneath. She will retreat into herself and mourn the lost love in the peace and quiet of her home with Netflix and a big bowl of ice cream.

She won’t intentionally seek revenge, but she will most probably hurt her ex by showing him that she is doing just fine without him (even if she isn’t all that great). Nobody can blame her for that.

She will be a bit obsessed with why things had to end that way. She will probably look for clues on his social media accounts and ruin her chill ex-girlfriend facade by accidentally liking something posted 26 weeks ago.

The only time Libra is among the worst ex-girlfriends is when she is stubbornly trying to stay friends with her ex. On those occasions, she is only hurting herself and making the already difficult situation worse.

When feelings are involved from either side, that can’t end well. Staying friends with an ex just bring mess and confusion and Libra really hates that.

Luckily, she is highly rational, and once she has a little time to think things through, she will understand that there is nothing that can be done when it’s not meant to be.

At first glance, she is handling the breakup really well, although only she knows what’s going on inside. Their outgoing personalities and positive attitudes are what will pull them through.

When an ex does something really low, Libra won’t seek revenge. Deep down she knows that life without her is revenge enough.

She will look like a cold-hearted bitch after a breakup even though that can’t be further from the truth. She just doesn’t want to give her ex the satisfaction of seeing her down.

She will redirect all the attention she was giving him onto herself. She will work on herself for herself by herself.

She has her support system. She will spend more time with friends and loved ones even though she never neglected them while she was in the relationship.

There will be no room for an ex in her life, and she will make it obvious by ignoring his texts and staying away from his social media accounts.

Her ex will most likely want to stay friends because she is a witty, funny person and a great listener, too. He doesn’t want to lose that.

That’s why it’s easy for her ex to play a friendship card to pull her into an ‘on again off again’ relationship. That’s not something she wants though.

She will do a great job in pretending she is OK, and everything in her power to prove to her ex that she doesn’t need him in her life.

In reality, she will be everything but OK, and she would very much like to get back together with her ex.

Since she knows that’s not an option, she will pretend until she convinces herself that she is better off without him. As time moves on, she will realize that the breakup is the best thing that could have happened to her.

She hates drama, and that’s just one of the reasons a Taurus woman makes a decent ex. She avoids shouting, screaming and going back to her ex on her lonely nights, and she is a smart woman for doing that.

When it’s over, it’s over, and there is no turning back. She wants to leave things with her dignity intact and her head held up high. No matter how much pain she is under, she will stay true to herself.

She will cut all ties with her ex—not because she hates him but because it’s easier to overcome all the brokenness that way.

She knows deep down that her ex wasn’t “the one”. Still that doesn’t make her pain any less.

Her ego will be severely hurt. Her heart will probably be broken, but she will handle the breakup like a pro.

A confident, self-loving Leo woman won’t ever allow anyone tp attach the label ‘pathetic ex’ to her name.

She won’t stay friends with her ex because she sees no point in it. If they have broken up, that’s where their story ends. She will delete his number and social media accounts, and even block him if it seems necessary.

Her feelings are hurt, and she doesn’t need constant reminders of what could have been. Breakups are hard as it is, and Leo doesn’t want to make things even harder on herself.

Her behavior in this difficult situation is admirable. Her self-respect is too powerful. 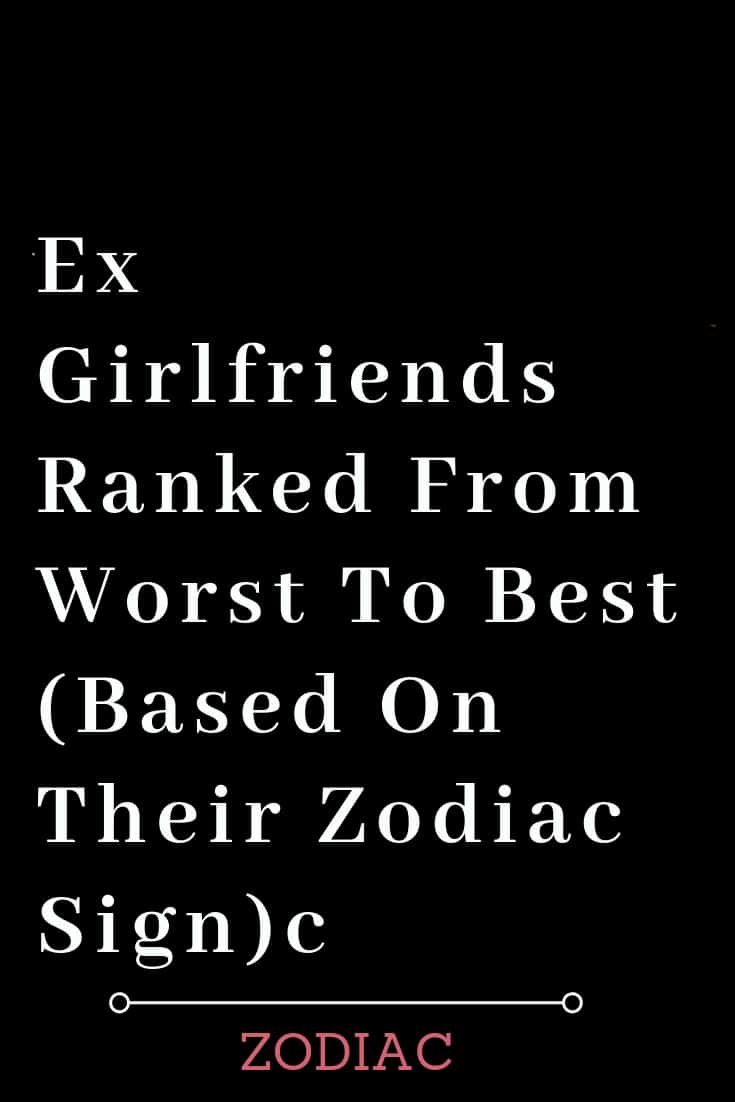