Sometimes we don’t even know how deeply we are intertwined with somebody until we try to walk away. We always find one more reason to stay. Even when there is no reason, we find one, and we create reasons to stay.

We are scared to be lonely. We are afraid that no one will love us like they do. We think that it will be too hard to start something new, to find someone better, so we stay. Sometimes we even blame ourselves for all the pain, abuse and maltreatment we get from them. The reasons are countless.

Whatever the reason is, it will lead us just into deeper misery. We want the relationship to succeed so badly that we don’t see that we would be better without them. We are used to holding on so tightly that we stay even when we feel like we are in hell. We are not aware that we make more harm by staying.

Nobody should stay in a relationship that feels like hell.

Be the type of woman who is ready to leave the relationship because she no longer feels good in it. You should feel free and comfortable with someone. The relationship shouldn’t feel like you are being punished for something.

Be the type of woman who knows that staying will only make things worse. Be the one who knows that he will never change. He had so many opportunities, so one more would be too much. Walk away from that hell. The key to happiness is in your own hands.

Be the type of woman who won’t buy into his crap. He’ll say sorry, he’ll say he loves you and that he will never do it again. Be the one who knows he will. Because you can’t count the number of times you heard this same sentence before.

Be the type of woman who will leave him because being with him is a matter of habit, not love. He is just someone you are used to, not the one you are in love with.

Be the type of woman who will leave him even though it might hurt like hell. You know it won’t destroy you. You might cry but the tears are there because you know your feelings were real, not because you should stay.

Be the type of woman who will take a risk. The one who dares to leave even though it’s more uncertain than staying. Because you know deep down your happiness will be worth it.

Be the type of woman who is capable of breaking her own heart by walking away from the one she loves if he doesn’t deserve her. The one who is not afraid to leave because she knows her heart will heal. Be the one who knows she deserves more from life. Be the one who demands honesty, love and respect and who doesn’t settle for less. 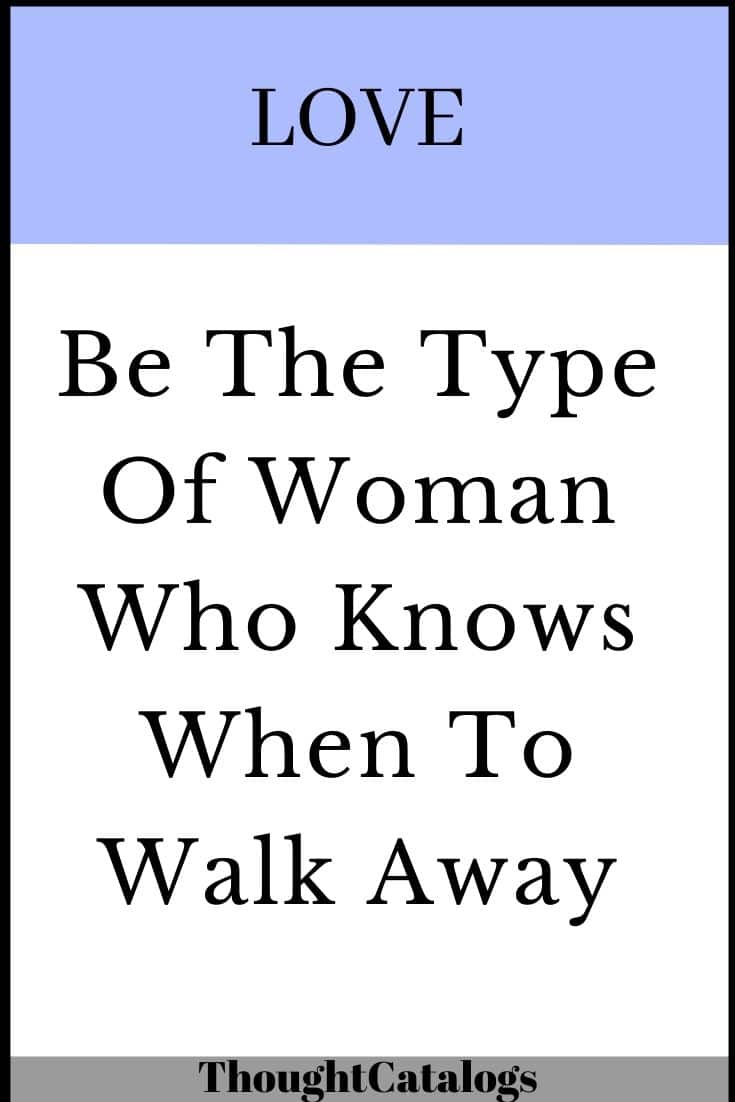 The beautiful part of every relationship is the process of it evolving and slowly shifting into something different, exciting and more serious. And every romance...

1. Aries (March 21 – April 19) You fall in love with every ounce of your being. As an Aries you never do anything halfheartedly...

Understanding the five love languages can be quite the essential force in improving and understanding your relationships. Based on author Gary Chapman's years of experience...

9 Compromises You Should Never Make In A Relationship

The Heartbreak Of Loving Someone You Can’t Have

6 Real Physical Signs Someone is Thinking About You

The Only Virgos Left In The World Are People Like You Who Were Born In August.