When it comes to relationships, there are people who can’t get satisfied or bind themselves to others who aren’t as driven as they are. Some people want stable relationships while others don’t care about stability that much.

There are people who don’t know how to love if it isn’t on the edge of toxicity. They can’t hold their feelings back and if it isn’t crazy love then it’s as if it isn’t love at all.

To see if you’re down for the crazy kind of love, check these 9 signs below:

1. Others are not an option.

When it comes to dating other people, neither of you can picture the other with someone else. You only see each other and you only have eyes for each other. No matter who else is offered on a plate, you simply don’t care.

Moreover, it’s not just you two who can’t see each other apart, it’s others as well. People got used to seeing you together and you’re such a perfect match that they couldn’t imagine you apart. Truth be told, it’s not like anyone would dare to stand between the two of you.

2. People don’t know whether they hate you or want to be like you.

You dress almost the same, you have the same jokes, and you think similarly, as if you are one soul in two bodies. And you most definitely don’t care what others think of you.

You kiss wherever you want and how long you want, your Instagram stories are all about you two and all the crazy things you do together and there isn’t a thing you’re ashamed of. Not to mention you’re proud of being the way you are.

It’s not the most important part of your relationship, but it’s high on your priority list. No matter how long you’ve been together, your s*x life never gets boring and you need a new word for kinky because you outgrew that a long time ago.

4. No matter how bad things get, you never lie to each other.

You have a short temper and you snap really fast, but despite this, you never lie to each other. No matter how ugly the truth is or what consequences it might bring, you stay true to one another, no matter what.

Out of all the things you have in your relationship, the truth is your ultimate goal. As simple as that.

5. You have a Bonnie and Clyde type of story.

Not the killing part, but whatever shit is about to happen, it’s gonna happen to you together. One jumps, the other jumps as well. If you’re going to get wasted, you’re doing shots together.

If you’re gonna get high, it’s going to be together and no one would be surprised if in the fire of your love you’d get matching tattoos.

6. Your relationship is unpredictable.

You’re on-again, off-again, and on repeat. Sometimes, when one of you thinks your relationship is going to break, everything turns out to be completely normal, but sometimes you fight over the smallest and most insignificant thing in this world.

You might call your relationship many things, but predictable or boring isn’t one of them.

7. No matter what you go through, you always end up together.

You both have a wild temper. And you’re stubborn as hell. You get mad at each other and you don’t care who’s watching, you spit out everything that’s bothering you because bottling up feelings in your relationship is not a common thing.

But no matter how nasty things get, no matter how many bumps in the road you encounter or what happens, you always find the way back to each other. The love you’re feeling consumes you and regardless of what caused the pain, it hurts less when you two are together.

You have this feeling that no matter what life throws at you, you could overcome it, but you’d probably fight about it and then get it solved.

8. The feeling is just a high.

You don’t let anyone convince you that what you two have is toxic. You know it hurts sometimes and you know how it would be much easier to settle down with someone else, but it wouldn’t be what you wanted and neither of you would be happy with someone else.

You’re literally hooked on each other and no matter how long you’ve been together, the feelings always remain the same.

9. You’re in it for better or for worse.

Also, no matter how low one of you might fall, you always pick each other up. You’re the type of couple who stick together, whether you have a million dollars or 10 cents in your bank account because none of it really matters to you. 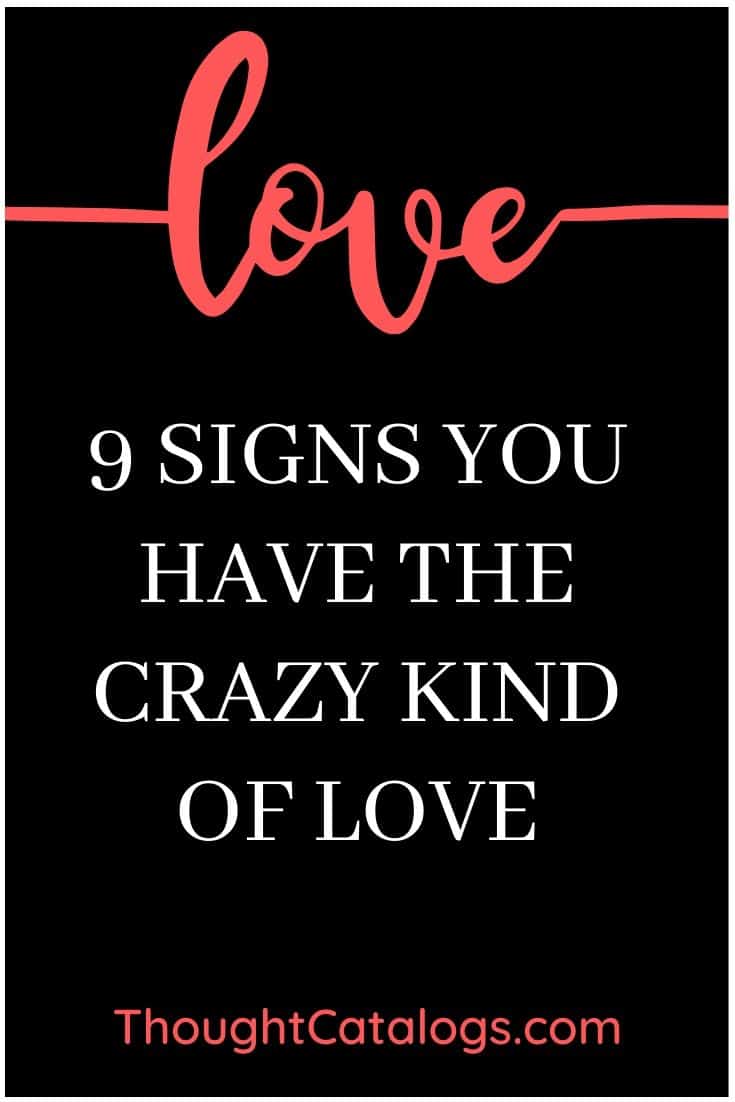 How To Make A Man Feel Loved

The Beauty Of Having A Guarded Girl Fall For You

Featured Posts
This 2022 Summed Up In One Word, According To Your Zodiac Sign
4 hours ago