The first sign on the ‘making you crazy list’ is definitely Taurus. They are so terribly stubborn that it hurts—it hurts you and it makes you crazy. They can be so stubborn that you consider forgetting them entirely just so you don’t have to deal with their attitude anymore.

They will make you crazy because they are very intelligent and quick to drop the right words in an argument. No matter if you were right or wrong, you will most probably lose and that is what’s going to drive you crazy.

Gemini are a bit crazy. They will say one thing and then do a completely different other. Although they are fun to be around, they will act all happy one moment and completely lose it the next.

Also, they like to talk about you behind your back, so don’t be surprised if a Gemini is badmouthing you to others. On the other hand, it’s really not their fault. They just can’t help themselves.

Due to the fact they are unpredictable because they are changing their opinions as the wind blows, don’t ever let a Gemini make a decision. That’s the most probable thing that will make you pull your hair out!

They are known to be able to hold a grudge for a long time. It’s not likely they will let something go that easily.

Also, they are perfectionists and they will put everything they’ve got into the project they are doing. Even if you’re hanging out with them, they won’t shut up about their project. And when you criticize them about it, they will get angry and hold that grudge for a long time.

They can’t take criticism because they think everything they do is perfect and thus, they are perfect as well.

They hate confrontations. If you’re dating a Libra, be sure that your partner will hold his emotions in, just to avoid an argument. That’s not good, and it’s most definitely going to drive you crazy.

They will pretend as if everything is perfectly fine, while it’s not. It will drive you crazy because you know everything is not fine and you want to resolve it, but no—they are so terribly afraid of conflict, they will keep their mouths shut.

In addition to this, don’t ever ask a Libra to decide something for you. They will do it, but it will take time and that will drive you crazy—waiting until the decision is made.

Pisces are always floating in some dreamy world of theirs and you can never count on them. You think they are present and that they are listening to you, but they are not. They have a world of their own.

Because they are creative souls, they don’t like to be tied down to responsibilities and plans and that’s why they are very unpredictable and that’s what’s making you crazy. Don’t be surprised if they cancel on you at the last minute. God knows what came to their minds! 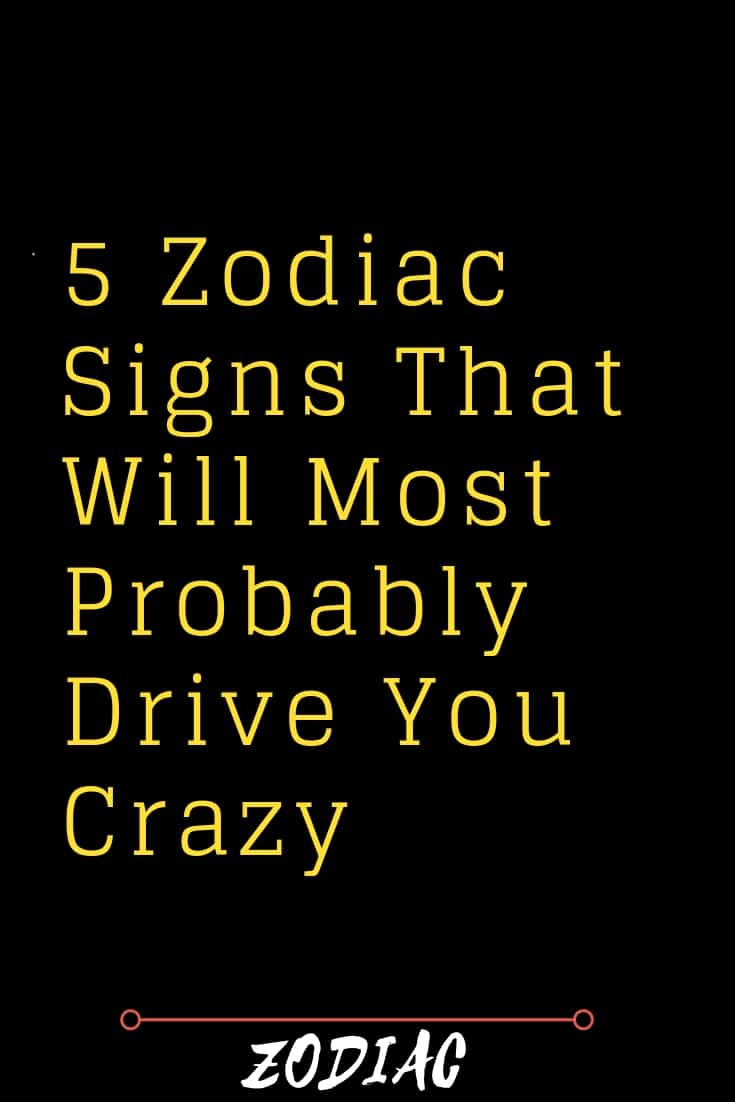 Aries You are a fighter. You don’t leave things to chance. That feisty spirit you keep inside is what gets you going. Your stubbornness makes...

Love is the greatest feeling in the world. It is so beautiful that sometimes you just can’t find the right words to describe how...

On Tuesday, you will certainly have time to reflect on some thoughtful motifs of life. You might be excited about subjects associated with regeneration,...

The upside to being rejected is that we know for sure that he’s not interested. There’s no space to be confused about what his...

Forest Fire: Aries and also Sagittarius Enthusiasm sweeps over the Aries-Sagittarius duo like a forest fire. Both of you enjoy experiences like hiking, swimming, or...
𝐓𝐡𝐞 𝐭𝐡𝐨𝐮𝐠𝐡𝐭 𝐜𝐚𝐭𝐚𝐥𝐨𝐠𝐬 is an Educational & Entertainment Platform theme. Our Team Publishes 100+ Content On Weekend/Monthly. We will motivate the needs of any person & make them inspire instantly You, Will, admit Once You Begin Your Journey With Us. The Thought Catalogs platform is a perfect choice.
© Copyright © 2022 - All Rights Reserved | TheThoughtCatalogs.