The age-old question, ‘Is he really into me?’ should be an easy one to answer. Yet again we struggle so much with it. It’s just that experience has taught us that men like to play it cool. They don’t wanna come off too strong.

We spend so much time trying to decipher the signals he is sending that at times, it can seem like our second job. We study their texts, we analyze conversations we had with them in our mind or we even go through them with our friends.

Most of us make the same mistake. We make our jobs harder by looking into what he has to say and we ignore his actions. Words can be twisted and used especially by players who are all talk and no walk. That’s why we simply need to turn our attention to the things he does.

These are the ways to tell he really is that into you:

1. He won’t strategize with texts.

He won’t wait to pay any attention to a game called, ‘Who texted first?’ He will text you regardless of that. By doing so, he will show his interest. Texting at the early stages of a relationship equals flirting. So, there will be a lot of texts at the beginning. It’s a great way to get to know each other better.

Maybe he’ll need a little push from you at first. A subtle sign that you are into him, too and then he’ll take it from there. He will want to do pretty much anything just to spend time with you. He will make his schedule fit yours. Even if he is busy, he will make time. He’ll invite you out for dinner, a walk in the park, to grab some drinks after work, but you will see he put some thought into it.

And no, I don’t mean those ‘get a room’ situations where he is slobbering all over you in public. That’s just distasteful and some things should be done in private. I am talking about those subtle signs like grabbing your hand out of nowhere, kissing you on the cheek after you say something cute, placing his hand on your shoulder, etc. Those little meaningful touches indicate that he is very affectionate towards you.

4. He forgets he has a phone when you are hanging out.

The ideal situation here is that he completely forgets that he owns a phone when he is around you. But the reality is that we are all bit addicted to them, so it’s really hard not to glance at your phone. Glancing from time to time is nothing major. It can also mean that he is a bit nervous or he is thinking about the next thing to say, so he is probably buying time. But if his attention is focused on you most of the time, he is super into you.

Body language speaks louder than words. Sparks will fly every time you meet each other’s eyes. But probably, there will be no staring at each other’s eyes for a longer period because it makes him uneasy. If he really likes you, his look will concentrate on the area of your lips because he is imagining how it would be to kiss you. He will also be leaning forward when you talk. His hands might be shaky because he is nervous. All those small details show that he is drawn to you.

6. He is sharing the things he likes with you.

He can’t wait to tell you about the new song that he just heard. He is showing you some funny videos he came across. He is sharing with you just about anything that catches his interest. He wants to explore where you stand on those things. He is checking if he is up to your taste. And most importantly, he wants you to get to know him better.

They don’t have to be long-term—it’s probably early for those kind of plans. But, something simple and not so far away—like watching a movie premiere next month—says he has his heart set on you and that he is already seeing you as a part of his future.

He is interested in what you have to say. He listens and remembers what you have told him because he is interested in your life and wants to know who you are, where you come from and where are you planning to go from here. You intrigue him. He pays attention to details. He knows you what’s your favorite chocolate. He knows the name of your dog and he remembers the funny childhood story you shared with him.

This is the ultimate sign of trust. He talks about everything that bothers him and he would appreciate your advice or just to hear him out. He also tells you about things that excite him: his interests and future goals. By doing this, he is clearly stating that you are a part of his life and that your opinion and understanding means the world to him.

10. He introduces you to his friends.

It’s an important step at the beginning of any relationship. By introducing you to his friends, he is stating that you are important to him. He is making a place for you in his life. 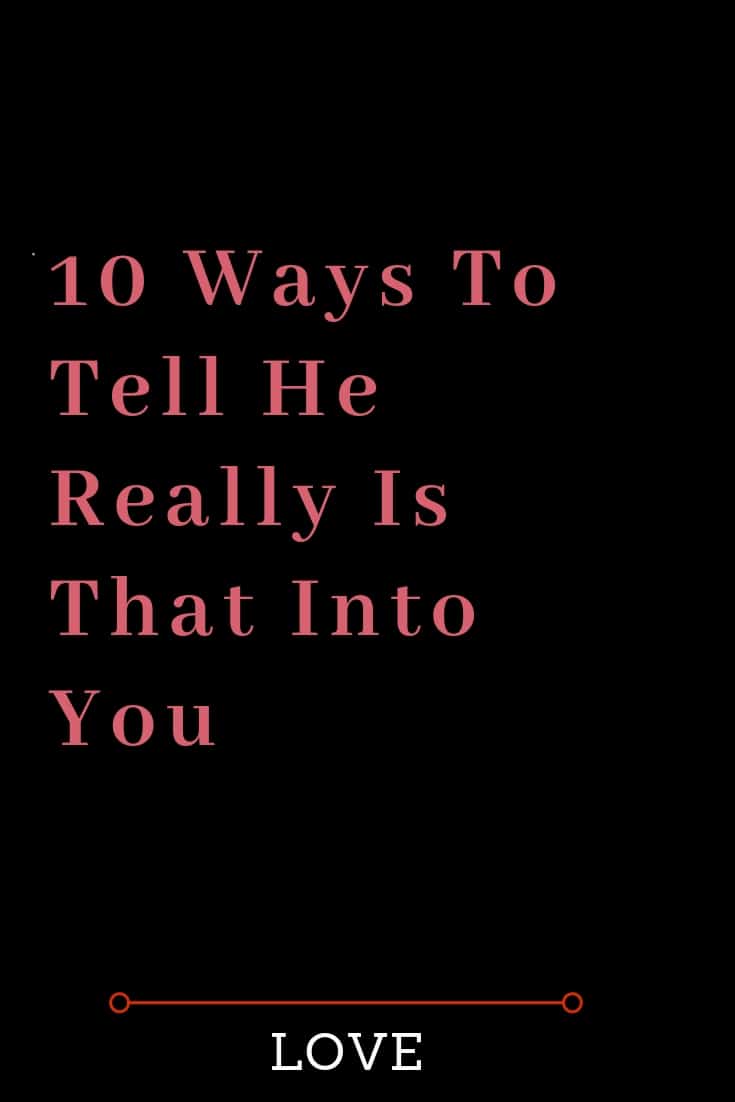 I Wish You Well, Only Because You Lost The Best

Three Reasons Why It’s Not All My Fault