Never tell your Aries boyfriend that he doesn’t give you enough attention. Aries men need their independence. They can’t be suffocated or feel controlled. They put themselves first when they need to, so you can’t expect to be their top priority ALL OF THE TIME. They’ll give you the love and affection you deserve if you give them enough of their own space to do so.

Never say I love you to your Taurus boyfriend when it has no meaning behind it. Taurus men value authenticity. He needs to know you mean the things you say, and if you tell him you love him every other second, he’s going to think you don’t mean it, and he will probably take it personally. Taurus men are sensitive.

Never tell your Gemini boyfriend that his jokes aren’t funny. The Gemini man basically lives to make you laugh and he wants to fill your life with joy and excitement. If you give him the impression that he bores you, he’ll feel completely diminished.

Never tell your Cancer boyfriend that he’s being too sensitive. Cancer men aresensitive, and if they’re upset about something, telling them their sensitivity is too much, will just make them even more emotional. Cancer men need to be comforted with love, not criticism.

Never tell your Leo boyfriend he should change his shirt when he asks you how he looks. Leo men care about their appearance, and they like it when other people like the way they look. If you don’t think he looks good, try to say it in the nicest way possible. Leo men need compliments as much as they need your reassurance, and they don’t take insults lightly, especially if it’s about their appearance.

Never tell your Libra boyfriend he has no emotions. Libra men do have emotions, they’re just terrible at expressing them. His emotions scare him, and he’s hesitant to be vulnerable. If you want him to open up, you’ll have to make him feel safe enough to do so.

Never tell your Sagittarius boyfriend that his travels or adventures are excessive. He travels because it means something to him. His frequent excursions have made him the person he is today, and he values those experiences. Understand that he occasionally needs to wander to find himself, and don’t make him feel bad about it.

Never tell your Capricorn boyfriend he can’t do something. The Capricorn man only has goals so he can make them accomplishments. He can, and most likely will, do whatever he sets his mind on, and he appreciates encouragement, not doubt. Support the Capricorn man in all of his endeavors, and always believe that he can do it because he probably will.

Never tell your Aquarius boyfriend his philosophical views are crazy, or that he makes no sense. He’s a deep thinker, and his thoughts are always multi-faceted. You don’t have to always understand him, and you definitely don’t always have to agree with him, but he wants you to at least listen, and discuss. Aquarius men are intellectuals, and their intellect requires a lot of effort to be fully stimulated.

Never tell your Pisces boyfriend he’s too emotional. Pisces men are the most emotional of all the zodiac, so if you can’t handle that, you’re going to be annoyed by almost everything he does. Let him vent his emotions because if he keeps them locked inside one day he’ll spontaneously combust and it won’t be pretty 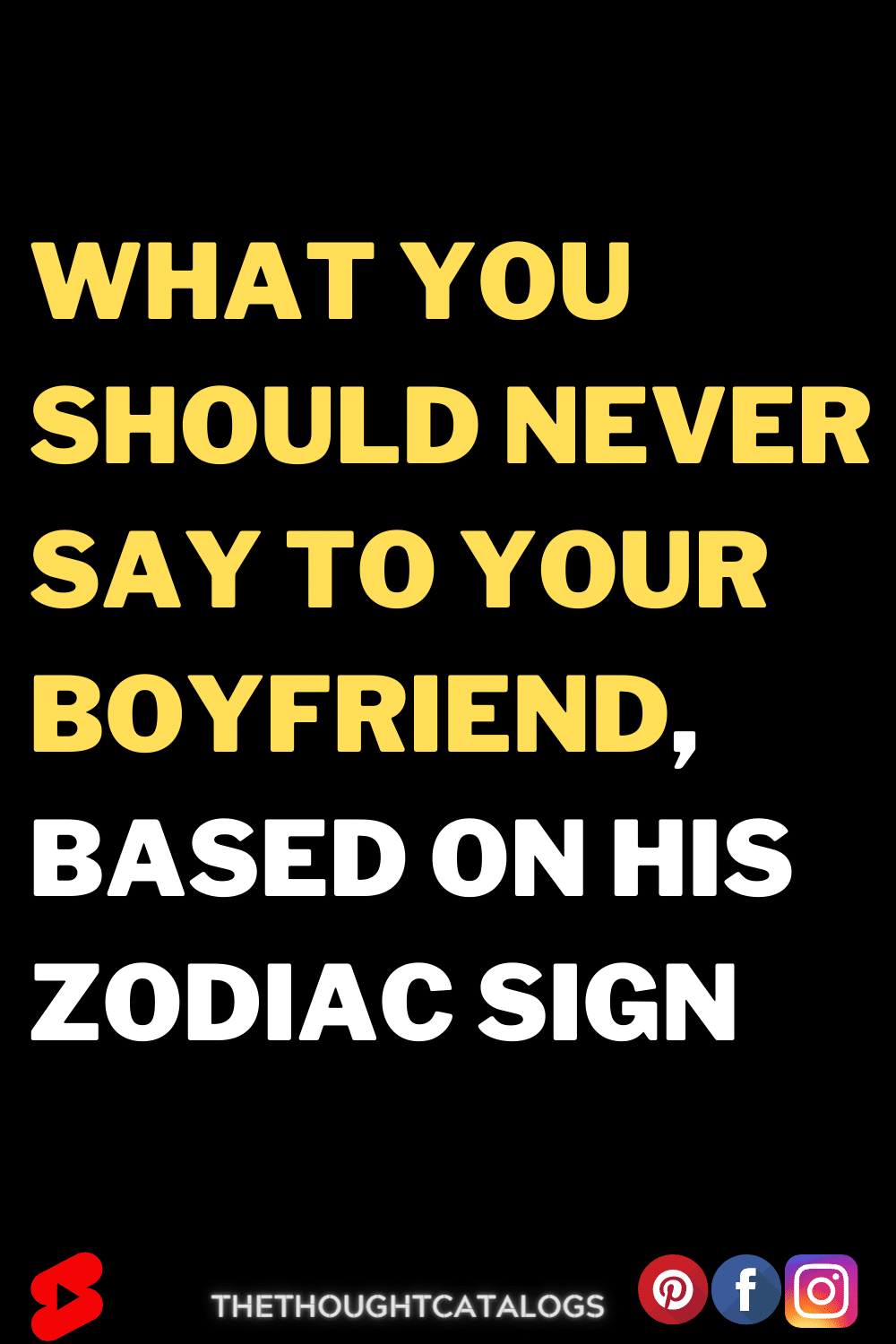 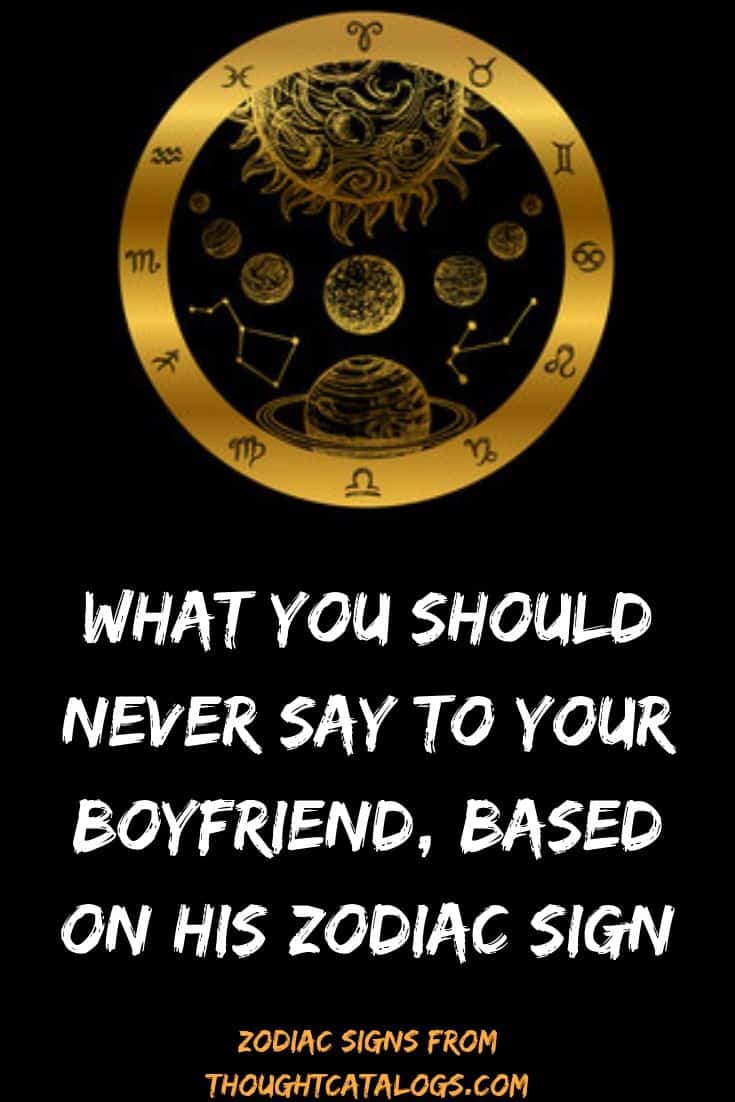 The Bullshit You Should Stop Letting Him Get Away With, Based On Your Zodiac Sign

This Is Why People Are Attracted To You, Based On Your Zodiac