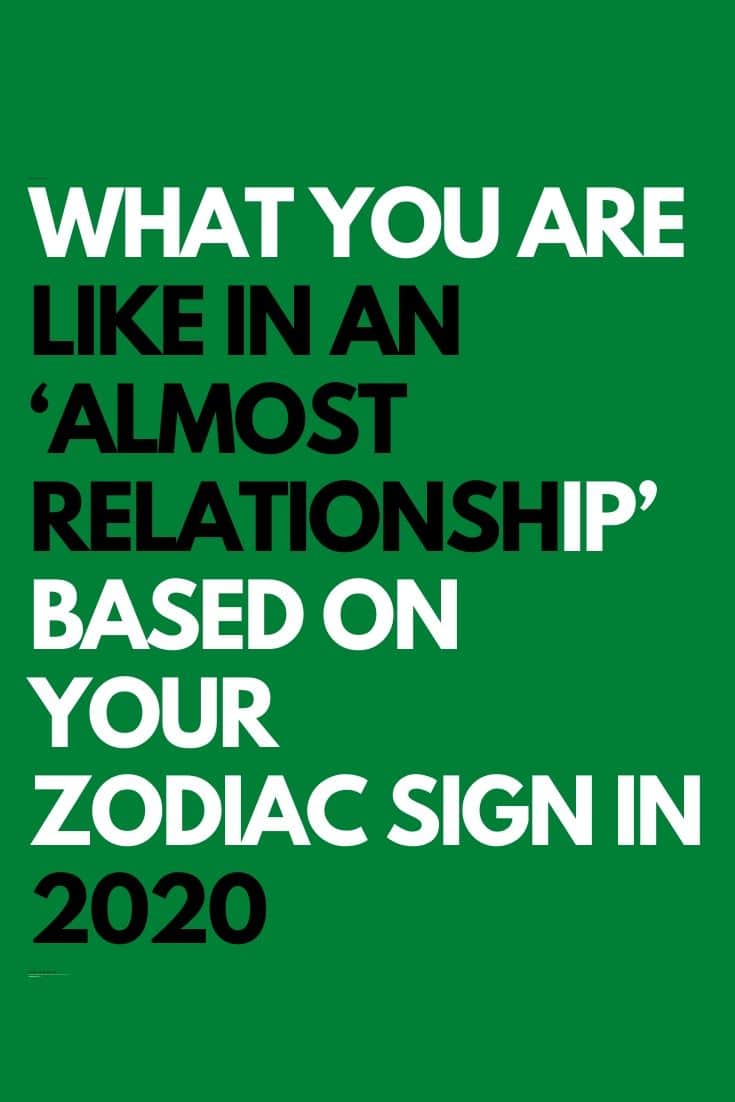 You are impatient, which is why you are always the one texting first. The one asking to hang out. The one leaning in for kisses. The one doing all of the work.

Whenever you get stuck in an almost relationship, you become a stalker. You watch all of their snap stories. You scroll through their friends on Facebook. You research the people they tag on Instagram. You try to see whether they are worth your time or are only stringing you along.

Whenever you’re in an almost relationship, you get into tiny arguments with the other person. You know what you deserve, not to mention you get jealous easily, so when you see them flirting with someone else you call them out on it. You don’t keep quiet when they screw you over.

You are too shy to let the other person know how much you like them, but everyone else in your life knows. You send your friends screenshots of your conversations. You tell your parents about them. You mention their name in every single conversation you have because you can’t get them out of your head.

When you get stuck in an almost relationship, you spend all of your free time overthinking. Since you’re getting so many mixed signals, you have a lot to think about. A lot to question. You stay up late at night and daydream during work, because you’re trying to figure out what the hell the other person thinks about you.

You get pissed at yourself every time you enter another almost relationship. You hate yourself for falling for someone else who is probably going to let you down like all of the others. To protect yourself, you act like you care less than you actually do.

Almost relationships bring out your worst insecurities. They make you wonder why you always get so close to people but never end up dating them. Then you start questioning everything about yourself. And, if you’re being honest, you have cried over them more than once.

You aren’t a fan of almost relationships, but you are used to them by now. Most of your relationships were almosts. At this point, you can’t imagine someone actually sticking around. They always end up leaving.

You are comfortable in almost relationships. Since you are terrified of commitment, you actually prefer them to serious relationships. You get all of the good parts of dating someone without any of the scary parts.

You’re the half of the almost relationship that doesn’t even realize — or doesn’t even care — about how close you are becoming. You’re the one who ends up hurting the other person.

When you’re in an almost relationship, you automatically treat it like a committed relationship. You text them constantly. You stop flirting with others and expect your person to do the same. You fall head over heels for them. You don’t need a title to start acting like a girlfriend.

The 1 Change To Make To Your Love Life In 2019, Based On Your Zodiac Sign

I Don’t Need Expensive Gifts, Spoil Me With Loyalty

September 2021 Horoscope Forecast: See What September Has In Store For You

The 2019 Trend You Are, Based on Your Zodiac Sign

ThoughtCatalogs - May 15, 2020 0
On May , you will have a good time for changes or traveling. Your success will depend on your own decisions, which must be based on...