Eclipses, being relatively rare events, have always held special significance. Throughout history civilizations have created myths and astrological calendars based around eclipses.

July is a bit of an exciting month for everyone as there is a New Moon eclipse. These are all about well and truly wiping the slate clean and starting all over again. A New Moon partial Solar Eclipse occurs in the sign of Cancer on the 12th, bringing the chance for a fresh start.

The main thing to know is that eclipses are very special events that have been recorded and marked and measured by our ancestors for thousands of years.

“The reason they’re so special, just in terms of the actual astronomical phenomenon, is that the sun, the moon, and the earth have to be in the exact, perfect, right line for the eclipse to occur,” she explains.

“We go back sometimes to history and mythology and look at the stories that our ancestors created about why eclipses occur, and they believed it was a sign for us that we were coming to the end of a cycle and a new cycle was beginning.” So with centuries of pondering behind us, what have we determined that an eclipse means for our horoscope?

This solar eclipse will particularly affect Leos. If you’re a Leo, this might stir up some bad feelings for you, unfortunately. To be honest, your horoscope isn’t too pretty. “Here’s the challenge for Leos: They’re fixed signs.

Fixed signs do not like change. They’re the stabilizers in families, in organizations. They’re the ones who hold steady, and so when a fixed sign has to handle change—especially internal, personal transformation—that can be a great struggle,” Perrakis says.

But don’t fret too much. While you might go through some challenges as a Leo during this time, you will also likely emerge having changed for the better. Like they say, experience is the best teacher. The other fixed signs—Taurus, Scorpio, and Aquarius—will be similarily affected by the eclipse, but not to the extent of the Leo.

“Every one of the astrological signs, all of the 12, each one is either fixed, mutable, or cardinal,” Perrakis says. While Leo is a fixed sign that might not enjoy the effects of the eclipse so much, the mutable signs are likely to greet this time without any issues.

So they have a much easier time with eclipses because they’re used to beginnings and endings. They actually appreciate the value of a conclusion or an ending.” For mutable signs, this eclipse will probably have them looking back on the past year and finding some meaning at the end of this particular cycle.

“The cardinal signs—Aries, Libra, Cancer and Capricorn—are the beginners. So they like creating a cycle, launching a cycle, beginning something new. They’re going to handle eclipses really well,” Perrakis says.

These are the people who get energized at the thought of new beginnings and love to embark on new adventures. Any one of these signs will likely enjoy a nice and sunny horoscope.

There are three main things that happen during an eclipse period. First, there’s some kind of change, whether it’s an external change or an internal change, and a kind of personal transformation that occurs in relation to that change.

It’s the theme of your shadow self and coming to understand some part of you that’s hidden that now will become revealed to you.” If you haven’t given yourself any kind of personal or psychological evaluation recently, this eclipse will be the time to do so. Who knows— something life-altering might happen!

While some signs will handle the transitioning of eclipse cycles well, it is still easy to get swept away by the winds of change. No matter what sign you are, having a stable center is key. 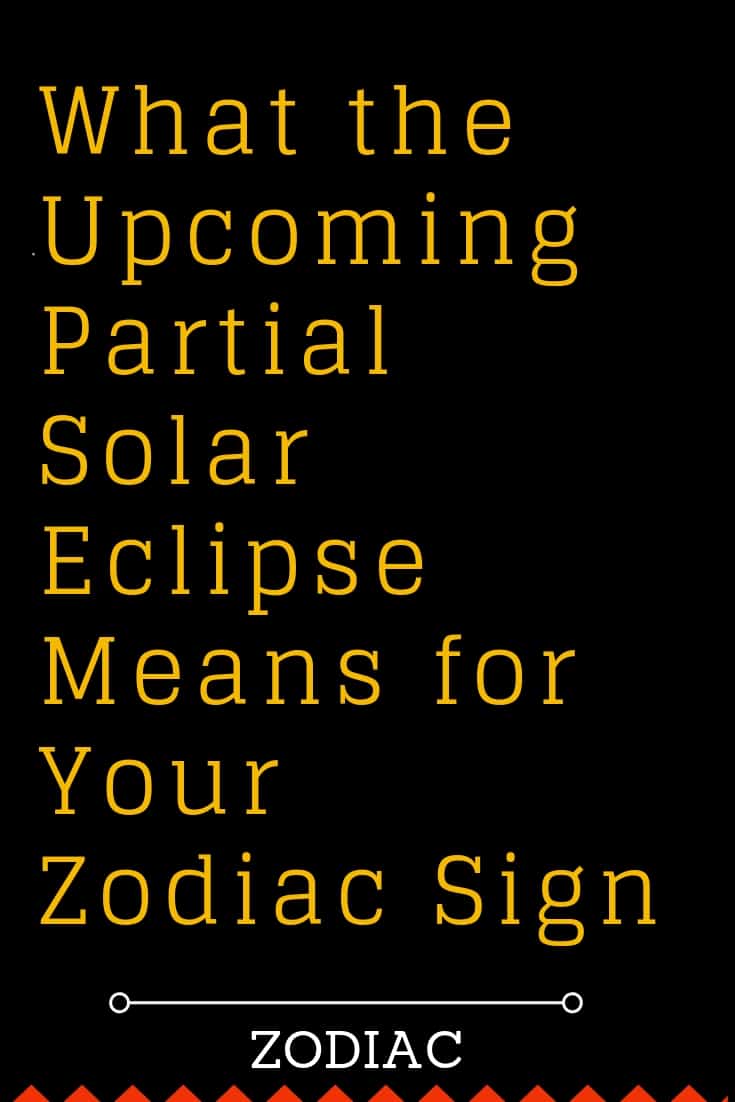