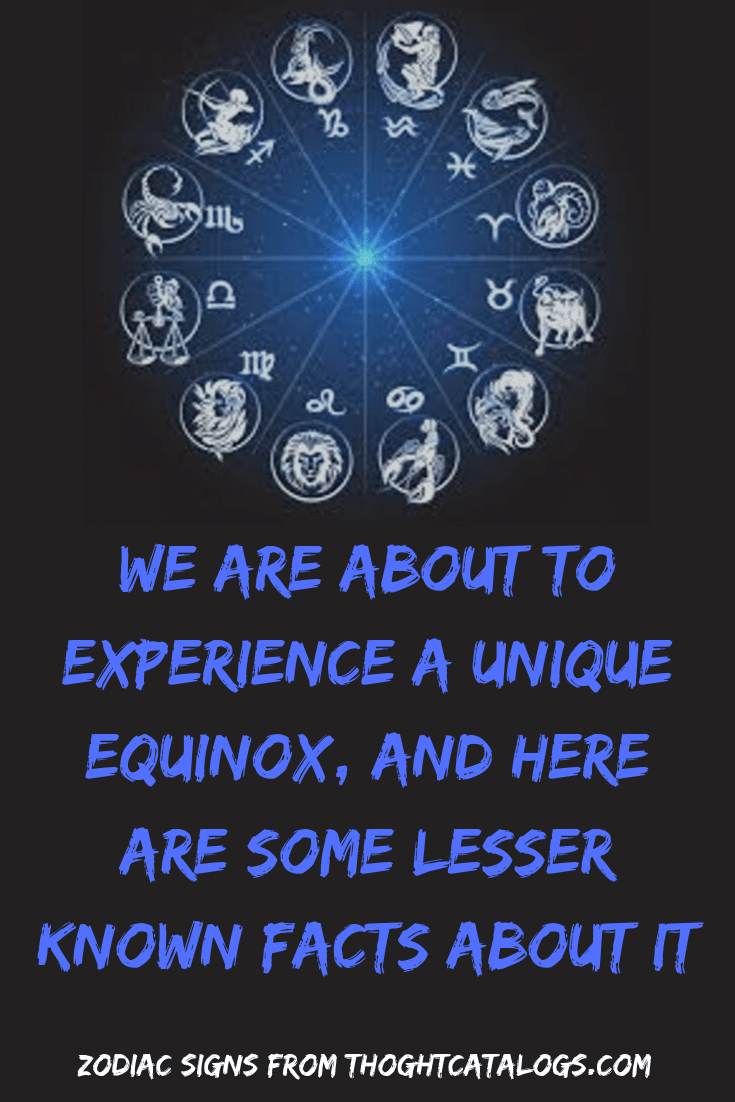 Humans, as a rule, have always been very curious about events around them. Especially astrological events that determine their way of life.

It must also be said that our ancestors spent way more time out in the open, so they used the sky as their calendar as well as their clock. So, they did make something out of it, when they realized they needed a unit of time.

Here are some facts about it, which might baffle your mind.

The word is an amalgamation of two Latin words ‘aequus’ and ‘nox’, which mean ‘equal’ and ‘night’ respectively. This makes sense because the equinox represents the day when the length of daytime is the same as nighttime.

It is interesting to note that our ancestors actually built several observatories to chart the equinoxes. One such is Machu Picchu, Peru, which boasts of the Intihuatana stone, which has markings of the equinox and other events.

Unfortunately, most places won’t get equal parts of the day and night, for it only happens when the days and nights are exactly at a difference of 12 hours. So, it is usually placed near the Equator that gets this day called the Equilux.

It is usually September 22nd or 23rd that boasts of the Equinox, but sometimes, it can get positioned on the 24th of September as well. This is due to the time taken to revolve around the Sun not being in exact numbers. This, along with the Gregorian calendar we follow, leads it to the 24th of September, but it isn’t exactly common. The next Equinox to be on a 24th will be in 2303.

NASA reports that this period is the best time to witness the Aurora Borealis, due to the pleasant climate and the sky usually being clear. But, there is also a scientific reason for this- Autumn produces the most geomagnetic storms which make for a dazzling display in the night sky.

People over the centuries have celebrated this Equinox in their own ways. Ancient Greeks usually considered this time to be when Persephone was reunited with the God of Underworld Hades. But, in Chinese civilizations, this was also considered to be near to the Full Moon called the Harvest Moon, where people would harvest rice and other agrarian products, and give tribute to the gods for the produce.

On this day, the Sun rises exactly from the East and sets exactly in the West. This is actually one of those days when you can observe the Sun’s path and realize your own direction. Nothing would change that trajectory. So why not just enjoy something which stays constant?

Virgos Don’t Get Angry Easily, but Once Done They Are Done

6 Bulletproof Ways To Deal With Ghosting

The Reason Why Your Relationships Fail According To Your Zodiac Sign

What Does Your Zodiac Sign Tell You About How Many Kids To Have?

2020 Love Horoscope: 5 Ways to Rock Your Relationships This Year

The Weird Thing Each Zodiac Sign Does When They’re Being Dishonest...

ThoughtCatalogs - May 23, 2020 0
Aries (March 21st – April 19th) They back off. Aries are so straightforward and headstrong that when they are consciously aware of the fact that...