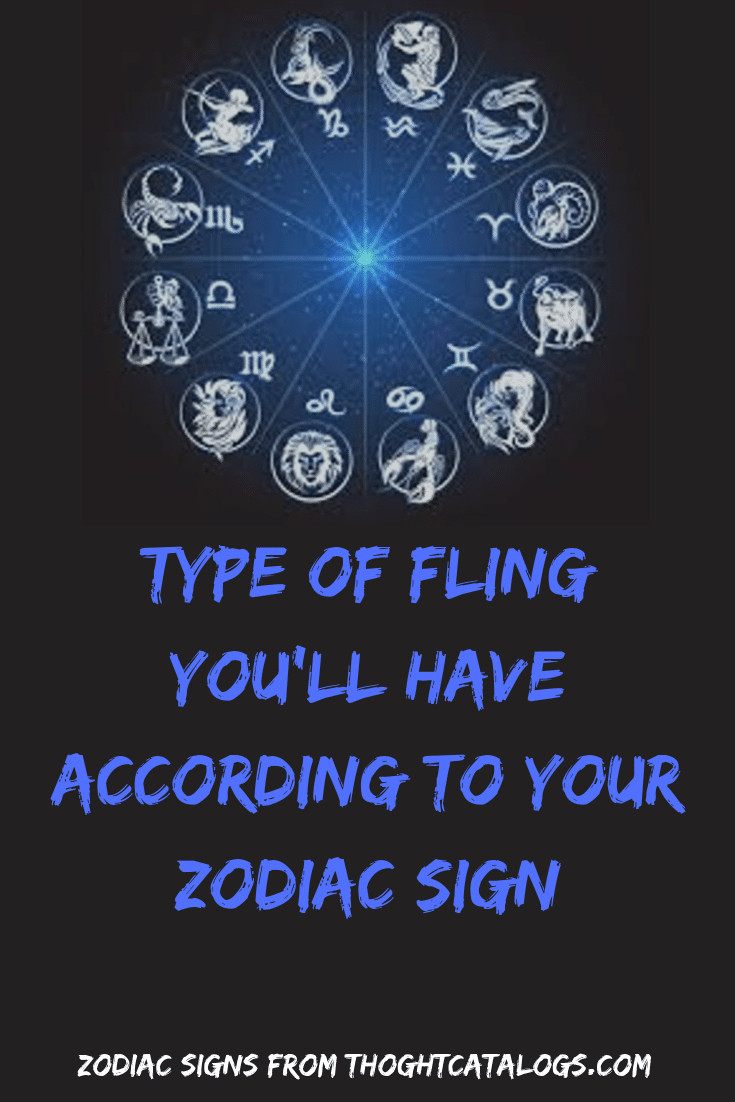 Your fling is a crazy adventurer. He jumps out of airplanes. He bungee jumps. He climbs rocks, but when it comes to you, he is being a perfect gentleman. He open the door for you, and he waits for you to start eating.

He’s quite a handyman, and he’ll take care of everything that needs to be fixed around your house. He won’t try too hard to be like this. It’s just who he is naturally.

You’ll really connect with him, but after all, that will only be just a summer fling. You’ll feel like you can really trust him, like you can tell him anything in this world.

This summer fling guy is totally your cup of tea. He listens to you when you talk, and he understands exactly what you’re going through and how you feel. Also, the sex is great. He really wants you to stay exactly the same as when he first met you.

You’re going to dump him as the summer comes to an end.

You’ll be working on several fronts this summer. You’re definitely going to have two flings at the same time. Of course, this won’t go unnoticed for long.

But when your two flings meet, and they will, you won’t know what the fuss is about because you got used to dating several people at the same time.

Be careful because this can get dangerous.

Summer flings are not your thing. When you meet someone, you’ll bond with them, and that love is for the rest of your life.

So, if you, by any chance, meet a summer fling, probably a Taurus, you will turn it into something serious, and you’ll end up marrying him after a while.

At the beginning, you and your summer fling are going to click instantly. You’ll be finishing each other’s sentences. You’ll like the same music, same food. You’ll just be perfect for each other.

But by the end of, something will change drastically. All of a sudden, you won’t like the same things anymore, and he’ll become extremely boring.

You’ll dump him, and in a few days, you won’t even remember his name.

You’ll meet someone who will be absolutely adorable. You’ll go everywhere with him because he is a nature lover. You’re going to have sex in the grass and enjoy sunsets together.

But, when you come to his home, you’ll see that he is an absolute slob. His house is a mess, and he’ll sicken you. You’ll dump him a week later.

There will be a guy, but you won’t be sure about him. At first he is going to annoy you, but after some time, you’ll have the feeling that you have to be with him.

He’ll realize that you didn’t like him that much, and he will try to dump you. But, you’ll come clean and say that it’s true, but it’s different now. You’ve grown to like him.

Then you’ll have mind-blowing sex, and afterwards, you’ll realize that you never liked him in the first place. So, you’re going to dump him and move on with your life as if nothing happened.

You’ll meet the greatest guy who’ll cherish and take care of you. You’ll fall crazily in love. You’ll write him love poems and do romantic grand gestures. You won’t be able to recognize yourself.

But, by the end of, you’re going to break up with him because you’ll think he is cheating on you, even though he is not. But, you won’t make room for excuses.

You won’t be able to stay put for the whole month of. Your restless spirit will force you to move from one place to another.

Needless to say, everywhere you go, you will end up with someone else. You’ll convince yourself that you’re going to stay in touch with those men, but the truth is, you’ll never going to call or see them again.

Instead, you’re going back to your ex as soon as the summer is over.

You will find someone who is just perfect, but….

There will be this one tiny thing you won’t be able to accept. Despite the fact that it’s so tiny and that it’s more than okay to forget about it, you’ll hang on to it and probably destroy that summer fling.

No one can tell you what to do and how to do it. You know everything, and you know the best.

You’ll meet a very loosened-up, bordering-on-hippy guy. He’ll probably have long hair or a man bun and play the guitar. He loves nature and is probably camping the whole summer somewhere in the middle of the woods or on a lake.

You’ll love everything about him. He’ll sing you serenades and play you his own songs. But the one thing that you’ll start hating about him is that he is not reliable.

One day you’ll see him, and the next one, he’s nowhere to be found. You’ll dump him.

You’re never going to meet your summer fling all the way because he won’t be around. He’ll come on a one-day vacation, and you’ll meet, but the next day, he has to go home.

You’ll text, read the same books and then discuss them, and you’ll probably only see each other one more time. But that one time is going to be more than enough.

Your 2020 Resolutions Based on Your Zodiac Sign, Guaranteed to Make 2020 Your Best Year!

Here’s The Biggest Thing That Holds You Back In Life, Based On Your Zodiac Sign in 2020

The Most (& Least) Compatible Zodiac Signs In 2021

ThoughtCatalogs - January 25, 2021 0
Some people mesh well together right off the bat, while others find it harder. If you're a Cancer find out the most and least...