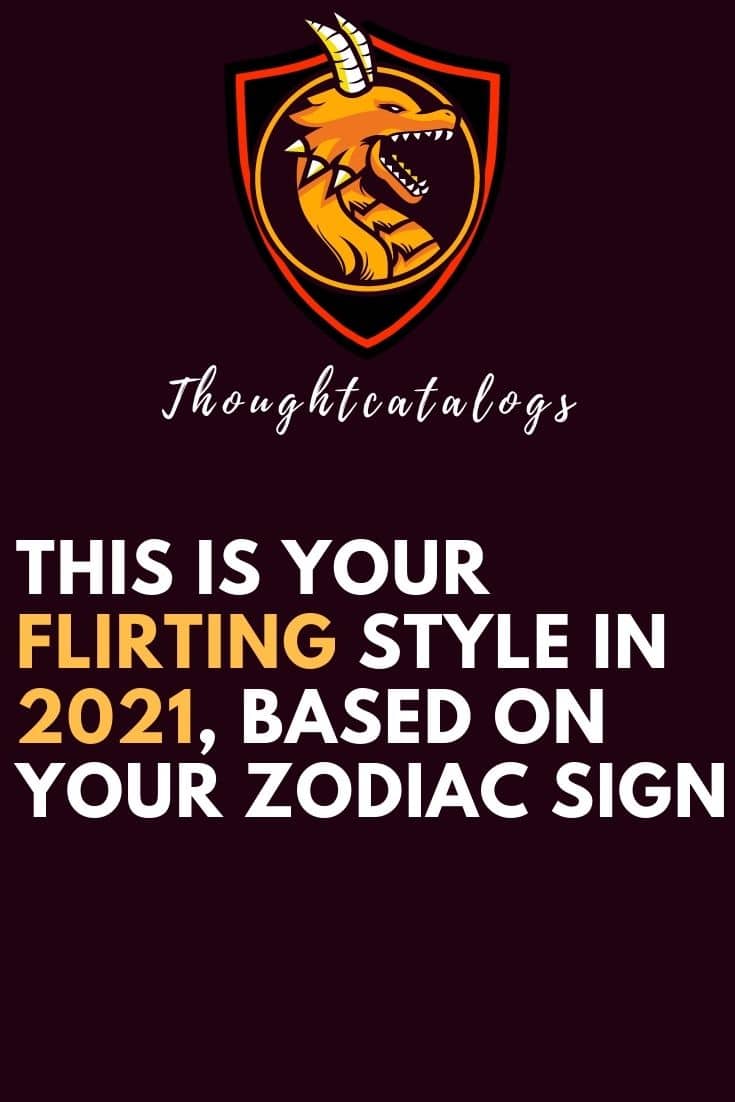 You’re bold, spontaneous, and demonstrative- you don’t leave people guessing. You’ll likely tease and joke around with your crush, but you’ll throw in enough obvious statements where the other person knows the point you’re trying to make.

You are subtle in your flirting, to an extent. You don’t feel the need to shout how you feel to the world, but you still want to make an impression. You’re the one using lingering glances, light touches on the shoulder, or a playful push on the arm when they make a joke. You are determined to create a connection in the smallest of ways to make way for something bigger.

You’re the one bantering without pause. You jump at the chance to slide a witty comment or well-timed joke into your conversations, both to impress your crush and to see their responses. You’ll try to keep them interested by focusing all your attention on them one day and pulling back the next- you leave them wanting more.

You tend to be pretty shy in your flirting attempts. What seems loud and obvious in your head comes off very understated to others. You make sure to be in the same area as the person you like and hang around there, hoping they will eventually come over and take the lead to talk to you. If you think they might be into you, you’ll be eager to compliment them or encourage them in your conversations.

When it comes to your crushes, you’re determined to get what you want. You won’t be afraid to pull out whatever stops you need to let the person you like know you’re interested. You’ll lavish them with verbal affirmations and always invite them to join you places. You might try a little more than usual to impress the person with your charm and your achievements- you’re determined to make each moment fun to be in.

When it comes to flirting, you’re the one taking notes- you pay attention to details about the other person and work them into conversations later. You are witty and tend to use sarcasm to your advantage. You have a comeback for everything, and you like to have the last word. You can be both attentive and infuriating but in the best way.

You’re the kind of person who flirts without trying since you’re already a kind-hearted person who wants others to be comfortable. When you’re intentionally flirting, you’ll likely pull back and not be as easy to access, but still hit them with charming anecdotes from time to time. You want to play hard to get, at least to an extent.

You’re very fixated when it comes to flirting with someone. You’ll focus your full attention on them, engaging them in conversation. You aren’t over-eager or falling all over the person- you’re intense and direct. You’ll be the one to cut right to the deeper questions, and if the other person runs off scared, then you know not to waste your time.

When it comes to flirting, you want to keep things light and easy-going. You’ll try to make the person laugh as much as possible. You won’t beat around the bush- you will bluntly tell them you’re attracted to them and enjoy their company. You surprise people and can be a little hard to pin down, but you like the chase.

You’re not a loud or boisterous person, but you make your presence known when it comes to flirting. You’re likely to take the lead and start the conversations to show your interest. You can be pretty composed and serious initially, but you’ll consistently put in the effort to get your point across.

You tend to highlight things about yourself that make you stand out from others. Whether it’s your music taste, a hobby, or your views on everyday topics, you show the parts of you that are different from what’s typical. You tend to be elusive because you want to draw someone in who desires to get to know the real you- and you know most people love what they can’t have anyway.

You’re determined to establish a connection with someone, and it’s relatively easy for you to do. You’re very good at matching the energy that someone gives you- and when you’re attracted to someone, you ask them questions to show your interest. You can be a bit idealistic and lean into romance more than most, but you won’t go over-the-top unless you think that’s what the other person wants.

Why You Decided To Stop Running After Love In 2021, According On Your Zodiac Sign

The Truth Is, It’s Hard To Forget Someone Whom You’ve Imagined Spending Forever With

September 2021 Horoscope Forecast: See What September Has In Store For...

ThoughtCatalogs - August 27, 2021 0
It is that time of the year once again. A month is ending as well as one more one is starting. We humans being...