You have always been a girl who knew how to love unconditionally and who was ready to give herself completely to that special someone. But, sadly, you ran into the wrong guy who didn’t know how to appreciate everything you had to offer. He didn’t treat you the way you deserved and he walked away from you like the relationship the two of you had meant nothing. All of this had enormous consequences for you. This guy violated your trust, distorted your views on men and life in general and broke you in more than one way. He promised you the world but ended up tearing you apart. This man has left you feeling betrayed, disappointed and humiliated. And you think he could never deserve your forgiveness and that you could never be ready to give it to him.

But, unfortunately, bad things and toxic people are a part of life and so is emotional pain. No matter how hard you try to avoid it, you will always encounter people who will treat you badly and who will hurt you in one way or another. And although you can’t control people’s behavior, you can control your reaction to it. It is up to you whether you’ll become a prisoner of the emotional pain this guy has caused you or you’ll set yourself free by finding the strength to forgive him.

When a person you love and care for very much does you harm, you expect those emotional wounds to last a lifetime. In this scenario, forgiving looks like a mission impossible.

I won’t lie to you—forgiving someone who has hurt you is one of the hardest things for anyone. But it is also one of the things you have to do if you really want to go on with your life.

Although you know that this man doesn’t deserve your forgiveness and you see it as you’re giving him a gift, it is actually a gift you give to yourself. If your ex has done you harm, the harsh truth is that he probably doesn’t care about it. You may wish for him to be consumed by guilt but when you think about it, his guilt or absence of it doesn’t make any crucial difference to you. You also think it would be easier for you if he would apologize for ruining your life, but the truth is that this will probably never happen. Accepting the apologies you don’t get may seem impossible, but actually, it is the most powerful thing you could do for yourself.

The first thing you need to remember is that you are only hurting yourself by holding grudges and holding on to the betrayal and disappointments this man has put you through. If you allow yourself to become consumed by resentment, you become a negative, bitter person and that doesn’t give you a chance to move on with your life. If you dwell on negative emotions caused by this man, you are giving him a place in your life even after he is long gone. Consequently, you are not allowing yourself to enjoy the present or to look forward to the future, because you have become obsessed with the past and that is the worst thing you can do to yourself.

And although you don’t need to prove anything to him, if you act in this way, you are only showing him that he has defeated you. He has managed to kill all the positivity in you and he has changed the essence of your personality and that is his biggest victory. You may think this is just an empty phrase, but it really is true—the best revenge is to be happy and to show someone who has harmed you that your life is way better without him in it.

Don’t think that forgiveness is a sign of weakness. On the contrary, it is one of the bravest acts that show your emotional and psychological strength. By forgiving your ex-partner, you are showing him that you are a better person than he will ever be and that you are above him. It means you are strong enough to realize that forgiveness is the only path to your happiness and peace.

Once you let go of the past, together with all of its negativities, you will find your inner peace and there is nothing more valuable than that. Although this guy is not physically present in your life anymore, until you forgive him, his toxicity will consume you and you will stay his prisoner, without even being aware of it. This negativity and resentment brings you unrest and once you free yourself from it, you will find the peace you’ve wanted for so long.

Of course, when you finally find the strength to forgive him for everything he has put you through, it doesn’t mean that you ought to justify his actions. This man has caused you a lot of pain and there is no excuse for his behavior. By forgiving him, you are not forgetting about the things he has done to you—you are only embracing it as a part of the past and you are choosing to see everything that has happened as a valuable life lesson. 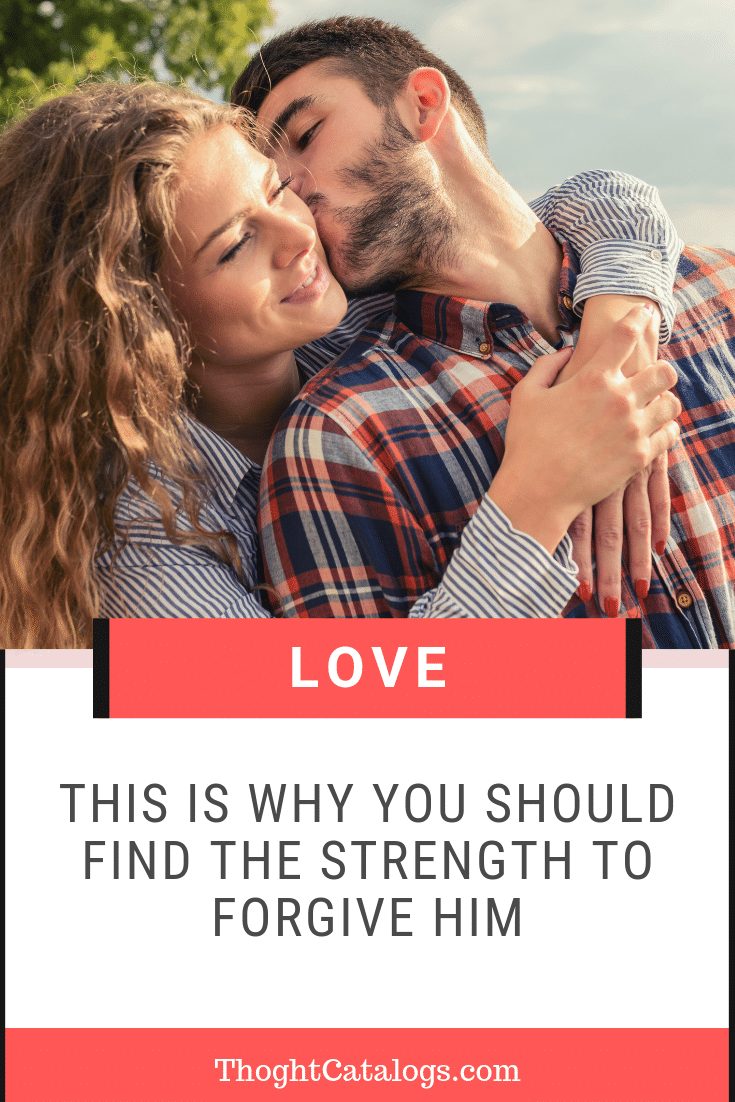