Ever since you can remember, people kept telling you that you are a woman and that you deserved to be chased.

They’ve also been telling you that you should keep your dignity, no matter what.

And I couldn’t agree with that more.

But is it possible that we have misinterpreted some things and that along the way, we have lost track of what dignity really is?

Does following your heart and fighting for someone you love really equal humiliation and being desperate?

Because I think it doesn’t.

Of course, I am not advising you to beg for anyone’s love or attention or to beg for someone to be with you because that is the last thing you should do. I am also not asking you not to chase someone who obviously doesn’t want to be caught because that will surely bring you more harm than good.

But when you come to think about your previous relationships and dating past, how many times have you missed an opportunity to do something that could have made a difference because of your pride?

How many times have you wanted to approach a guy but you were afraid you would appear desperate if you do?

How many times have you let go of someone you never imagined saying goodbye to, just like that, although you had feelings for them?

How many times have you let a man you still loved slide through your hands without putting up a fight and without trying to stop him, although you thought the two of you could have a chance?

How many relationships in your life were ruined because of you or your partner’s ego and pride?

Yes, when you think about them from this point of view, many of these relationships were probably not worth the fight and maybe it was better you let them go.

But the old you, the you before you bought in to everything people kept telling you, didn’t think like that.

So the next time you want to fight for the person you love and care for, just go for it. Don’t think of the consequences and give it a shot. After all, what is there to lose?

There is nothing embarrassing in telling someone how you feel and there is definitely nothing humiliating in putting effort into a relationship that matters to you.

And no, it doesn’t make you weak.

It makes you strong enough to face your emotions and even stronger and braver for admitting those feelings to the other person.

It makes you strong enough to put your heart on the line and to put yourself out there without knowing what might happen.

It makes you strong enough to fly, even though there exists a risk of you failing.

And no, I am not here to guarantee that you’ll win all of your battles and I am not going to tell you that all of your fights will be worth it.

The truth is that you’ll lose some wars and that some people won’t be worthy of the effort you put into them.

But at least, you’ll know you tried.

Whenever you look back at things, you’ll know you gave your best and that there was nothing more you could have done to make things work.

And you’ll be guilt-free. You won’t spend the rest of your life thinking how things could have turned out with someone and thinking about all the could haves, might haves or should haves.

So if there is someone you love and if you think there is something you might do to make things work out for the better between the two of you, be brave enough to get out of your comfort zone and to take the leap into the unknown.

If they prove to be unworthy of your time and energy, that is their loss and not yours. 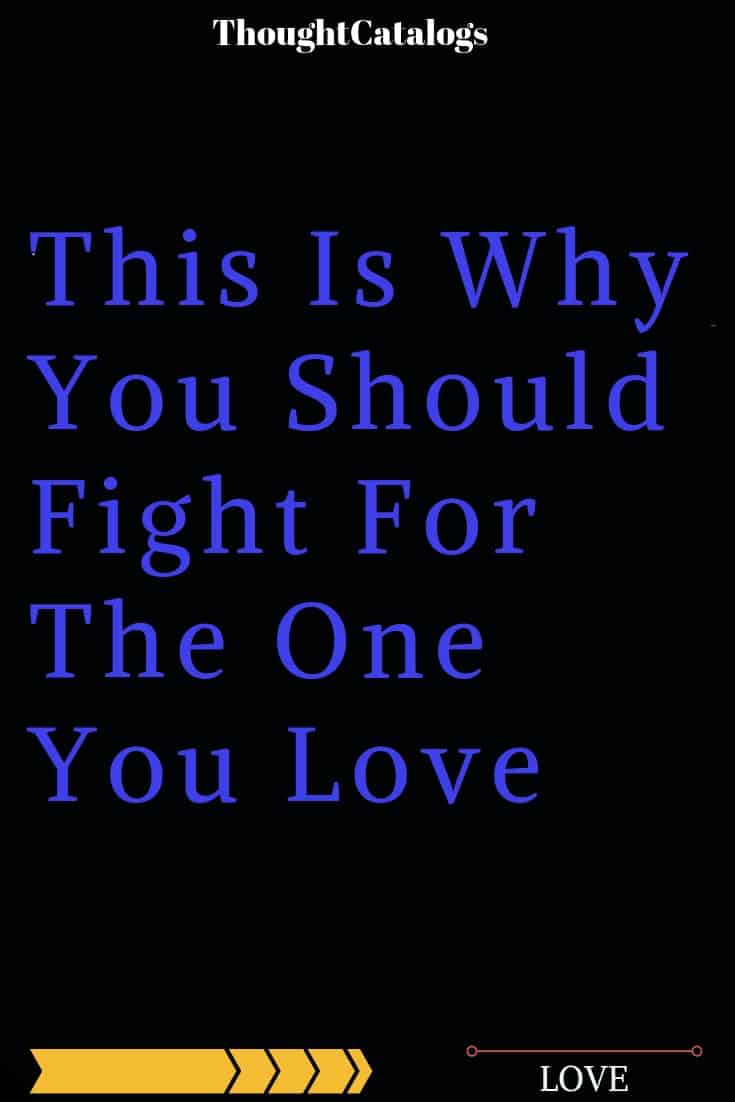 The More Amazing You Are, The Harder It Is To Fall In Love