Sometimes, offending people can be pretty easy. Later, we will probably regret every word we said, and we would like to fix the unpleasant situation.

In fact, the best thing we can do is apologize to those that we have hurt, wholeheartedly, and genuinely.

But, not all of us know how we can apologize or think about apologizing. When it comes to this, our sign of the Zodiac has an important role. We have honest and light sides of our apology, but we also have dark truths.

How does every sign of the Zodiac apologize, and are they sincere?

The first impressions related to the people born under this sign can be wrong. Others believe that their confidence and assertiveness means that they do not care when they hurt other people, but that is not true. They are incredibly honest, meaning that they don’t feel afraid to apologize for what they did.

The people born under this sign find it hard to apologize. The reason for this is their stubborn attitude and nature. They will never admit the mistake they made until eyewitnesses and evidence back every claim. However, sometimes, they will be aware that they have crossed all the limits. But, when they apologize, they do that in the most honest and sincere way.

Usually, the people born under this sign are not conscious of the fact that they did something which is worth to apologize for. They will act just like nothing is wrong, unless we ask them to apologize. Getting these people to admit the mistakes they made is something impossible. Although they will sometimes not admit their mistakes, they will never repeat them again.

The people born under Cancer are very emotional and intuitive, meaning that they usually know when they did something wrong so that they have their apology prepared right before we know what occurred. They always apologize from their hearts and genuine. When they hurt someone, they suffer just like that person.

Leos are very conniving and charming that when they finally admit the mistakes they made, they have the capacity to make their victim feel guilty instead of them. They do not have the purpose of hurting others but putting their feet in their mouth quite a lot. However, they are going to apologize when we tell them that we are upset and honest.

Although Virgos are intelligent, they still have moments when they forget about being smart in hard situations. Virgos are never going to hurt a person intentionally. Rather than that, they may get into their small world where they will unknowingly do or say something wrong. But, when they apologize, their apology will be the hug for our heart.

Libras are prepared to go out of their ways in order to ensure the turmoil between their friends and them exists. They prefer not to do or say anything which could cause fights. When talking about apologies, they usually abandon the principles they have in order to keep others happy. But, because of this, their apologies don’t seem quite genuine.

In fact, Scorpios think that there aren’t such things called mistakes and that everything depends on people’s destiny. That’s why they rarely repent everything they did. Their perspectives are that they never do wrong things, so that’s why they believe they are not supposed to say sorry.

Sagittarians are quick when it comes to making mistakes. However, they can be quite unapologetic individuals who will not want to apologize sincerely. One good thing is that they are good when it comes to communication, as they have the ability to apologize in different ways, without even apologizing.

As Capricorns are stubborn, they will find it hard to apologize. It does not mean that they aren’t remorseful or sorry, but they simply internalize the process when it comes to apologizing. In fact, they assume that things are going to become worse than they are. When these people apologize, they would like to ensure that it will never happen again.

Aquarians are also really hard when it comes to apologizing. They will not apologize until they have done something which is catastrophically wrong. In fact, they often think they are right about every single thing, making them arrogant when talking about how smart or clever they are. This will prevent them from apologizing, as they don’t want to really lower themselves.

The people born under this sign are very intuitive and are constantly in touch with their and other people’s emotions. They hate arguments with friends; however, sometimes, they are aware of the situation, and they know they have to support the right and ignore the wrong. If they actually hurt other people’s feelings, they are readily going to apologize. 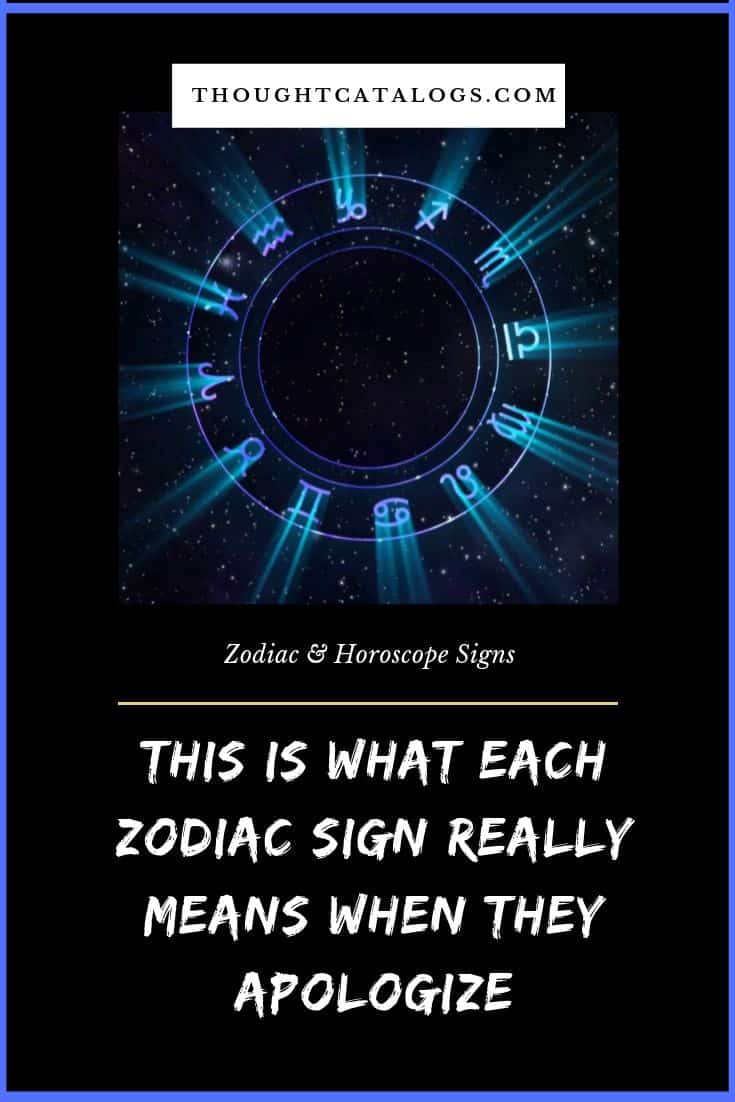 When We Say Opposites Attract, We Think Of These 4 Zodiac Couples