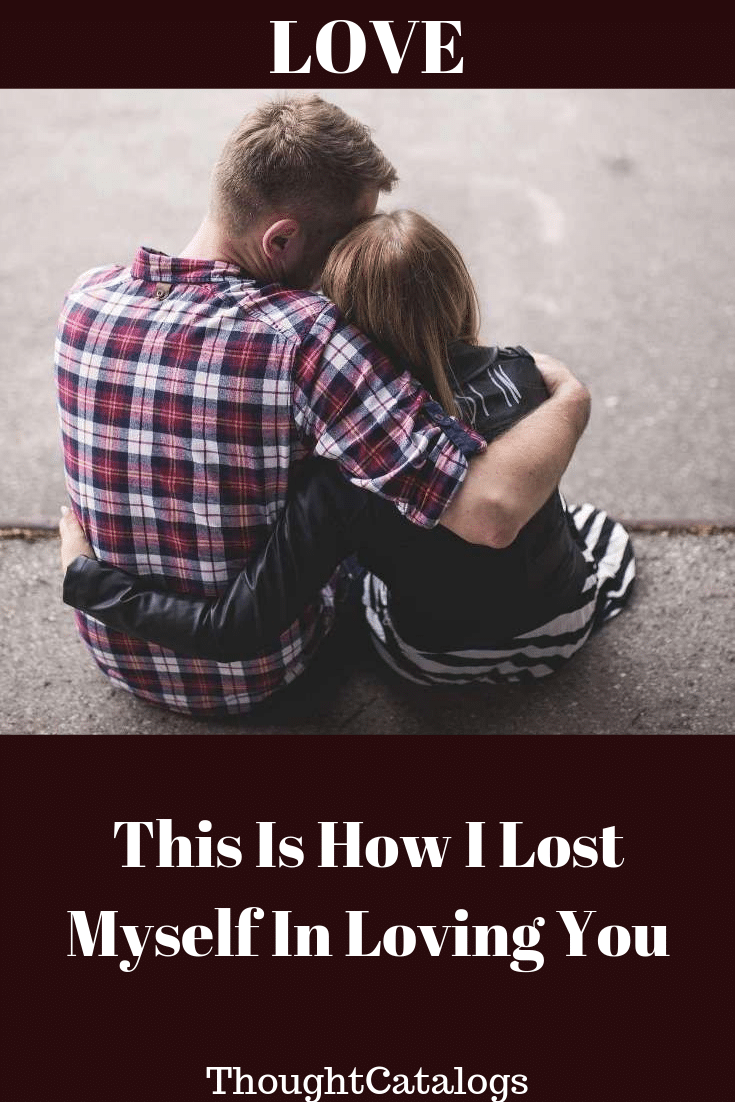 I was living on cloud nine when I was with you. I really felt like we connected on every possible level. That’s probably why I didn’t mind us moving so fast in our relationship. We were taking major steps so early on that it scared and thrilled me at the same time.

Everything felt so right that I couldn’t or wouldn’t stop myself.  I wasn’t even aware that our life was in an express lane and we were unknowingly falling behind.

But there are no shortcuts in love. There are no express lanes and skipping the steps. If you don’t build your foundations right, everything will fall apart like a deck of cards—especially when one side gives and feels more, like I did for you.

Before I met you, I had a life I was passionate about. But ever since I laid my eyes on you, you became my only passion. You became the only thing I thought about and I lived to make you happy. And that’s where everything started going downhill.

I made it my life’s mission to make you happy. I followed your plans and postponed all of mine, so you would be pleased. On the other hand, whenever I wanted us to go somewhere or do something, you would discard it as stupid. I stopped doing so many things and seeing people who were important to me just so you wouldn’t blame me for being lonely.

I was exaggerating. Every time you even said you like something you saw in a store or online, I would buy it for you. When you wouldn’t shut up about how much you craved pancakes or pizza, I would get up and make it for you. You did some sweet things for me, too, at the beginning, but as soon as it got old, you stopped.

I never stopped. I always went an extra mile to accommodate you. I always made sure all your needs were met and I neglected mine. You neglected mine, too. I craved your closeness. I wanted you to show me you cared for me as much as I did for you.

I wanted you to ask me how my day went. I wanted to know I could turn to you whenever I needed you. I wanted you to listen like I would listen to you every time you needed to talk. I wanted you to be the one who would put his pride aside like I did so many times and meet me halfway when we were in a fight. But you never did.

You just kept on taking and I kept on giving until I had nothing more to give. My eyes opened at that point. I told you how unhappy I was, how one-sided this relationship was, how you should put in some efforts, too. But you said I was asking for too much, that I was boring you with my constant nagging.

You were right, I was boring. I wanted a man who would notice me. Who would make me feel special and loved like you did when we first started. But that man was no longer there. All I had was a man who took me for granted. Who ignored my existence in his life unless he needed something. The one who didn’t know how to love anybody but himself.

I loved too much it seems. I loved for the both of us and it cost me a lot. I lost myself without even knowing it. I lost my self-confidence and forgot my own worth. In every aspect of my life, I started prioritizing you. I forgot who I was and what I wanted. All my dreams and aspirations became a distant memory.

She Thinks Impress To Him But It Disturbs Him

If You’re Feeling Romantic This Week, It’s Probably Because Of The Stars

HOW HE ACTS AFTER A BREAKUP ACCORDING TO HIS ZODIAC SIGN

This Is How People Tear You Down (Without You Even Realizing...

ThoughtCatalogs - May 8, 2019 0
We all have two kinds of people in life: the ones who tear you down and the ones who build you up. Unfortunately, somehow...