These Are The Most Passive-Aggressive Zodiac Signs In 2021

Cancer signs don’t want to cause much of a fuss, but that doesn’t mean they don’t experience anger or frustration. When they’ve been hurt or angered, they feel torn between needing to express their feelings but not wanting to make a scene. They’ll settle for passive-aggressive comments and exasperated sighs until the other person finally asks what’s wrong.

Librans would rather not rock the boat if they can avoid it, and usually strive to make sure everyone else is comfortable. However, part of this factors into the idea that Libras would do just about anything for the people they care about and hope others will return the favor. When they don’t, Libras can become passive-aggressive, and fast. They won’t start a full-fledged argument with you, but they will freeze you out and make snide comments until someone has apologized or until they’ve gotten over it- whichever comes first.

Pisces are extremely intuitive people and are very good at empathizing with others. However, due to their fierce dislike of conflict and criticism, they can be very passive-aggressive. They may struggle with whether they have a right to be angry or not, and they may even talk themselves into seeing things from the other person’s perspective and decide to let their anger go. Yet in the meantime, they may make passive-aggressive comments or victimize themselves in subtle ways while they try to sort through the situation.

Taurus signs are capable of being straightforward and telling you how they feel, but honestly, they don’t want to have to. They have such a tight-knit circle of people that they know so well, they believe other people should be able to sense when something isn’t right or know when they are so painfully wrong. If they truly believe the other person is too oblivious to acknowledge what’s happening then they will confront the person- but it will take some serious time to reach that point. Until then, they will drop not-so-subtle hints until the other person gets the idea.

Geminis have a reputation for being indecisive, as well as trying to explore all their options when they’re dealing with a situation. While they can be pretty easy-going, they can also seem to run hot and cold while sorting through how they feel in a situation. Most Gemini people need to talk out their feelings in order to work through them, but if they think it’s going to cause a giant confrontation they will make passive-aggressive comments until they can really get to the bottom of what’s bothering them.

Virgos aren’t always passive-aggressive, but they certainly have their moments. A Virgo can absolutely confront you on something if you’ve really hurt them, but if they think the situation isn’t worth hashing out then they will just make passive-aggressive remarks instead. They won’t get into an intense confrontation unless they’ve really thought things through, and may even be passive-aggressive intentionally for a while before they decide to lay out what’s bothering them. Either way, you know that what they do is deliberate. 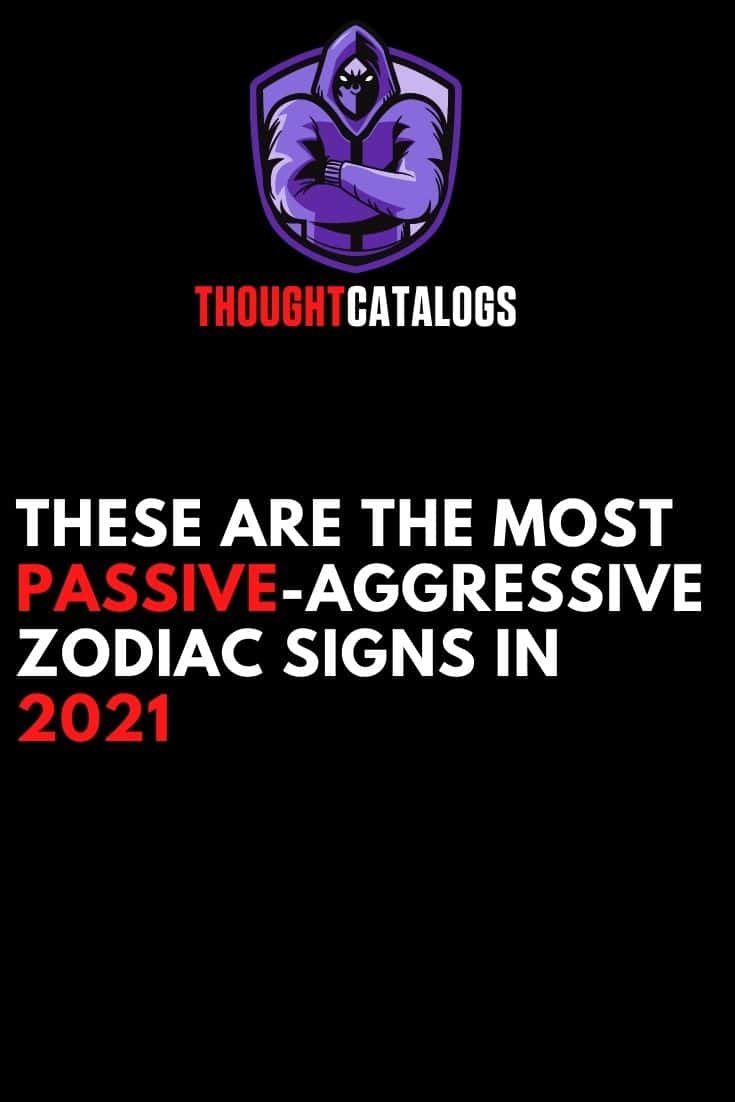 The Ultimate Guide On How To Be More Feminine And Attractive

How to be more feminine and more attractive by accentuating your feminine traits and tapping into your feminine self?  When we think of a feminine woman, we may immediately...

Today one of the unique occasions will be associated with a young boy or a boy. Take care regarding investing money from the family...

Astrology Signs Ranked By How Good They Are At

1. Aquarius They are the most talented ones when it comes to sexting. They will write scenarios with details as if they were real. They...

5 SIGNS YOU ARE JUST CONVENIENT FOR HIM

Click Here To Discover What Men Secretly Want, But They Could Never Tell You.   Sadly, not all people enter relationships for love. Some people stay in...

How To Win A Man’s Heart And Mind: 10 Ways To Success

Winning a guy’s affection and making him interested in you is a piece of cake. However, making him love you and entering his heart and mind...
𝐓𝐡𝐞 𝐭𝐡𝐨𝐮𝐠𝐡𝐭 𝐜𝐚𝐭𝐚𝐥𝐨𝐠𝐬 is an Educational & Entertainment Platform theme. Our Team Publishes 100+ Content On Weekend/Monthly. We will motivate the needs of any person & make them inspire instantly You, Will, admit Once You Begin Your Journey With Us. The Thought Catalogs platform is a perfect choice.
© Copyright © 2022 - All Rights Reserved | TheThoughtCatalogs.