While some zodiac signs rush to get married, others run really fast in the opposite direction.

Some know from a very early age that they want to get married and form a family, while others have a hard time even imagining that scenario.

It doesn’t mean they will never marry or grow to like the whole concept of marriage at some point in the future, it just means that they spend the better part of their lives avoiding that long term commitment.

Keep on reading and find out why that is so and what impact their zodiac sign has on the whole situation:

While Leos don’t run away from relationships and they are quite good at being in them, they don’t see themselves tying the knot.

Having a significant other to live with sounds perfect. They don’t need a piece of paper to prove their love and commitment.

One more reason why Leos are turned off by the idea of marriage is that they don’t want to mess with their peace and comfort.

In their mind, marriage represents sacrifice and compromises they don’t want to make. They want to pamper themselves as much as they can and enjoy life to the fullest.

Sags don’t like to take anything seriously and marriage is a pretty serious deal. They like to live their life on an easy note, hanging out with their friends and spending time by themselves.

Also, the sole notion of marriage makes them feel trapped, that’s why they avoid the topic altogether. They enjoy their freedom a bit too much, that’s why commitment suffocates them.

With the right person, someday, maybe it might happen… but they can’t even imagine themselves there.

Aquarians will be your best friends, lovers, and anything you need, but they won’t be your spouse.

That level of commitment freaks them out and they themselves don’t even know why.

Aquarians who have been single for large periods of time are used to their own commodities and have learned to enjoy their singledom.

So why would they mess up a perfectly good thing?

Marriages get messy and complicated and they don’t want that.

Unless someone proves to them that love doesn’t have to be all that complicated, they will earn their title of forever single zodiac sign. 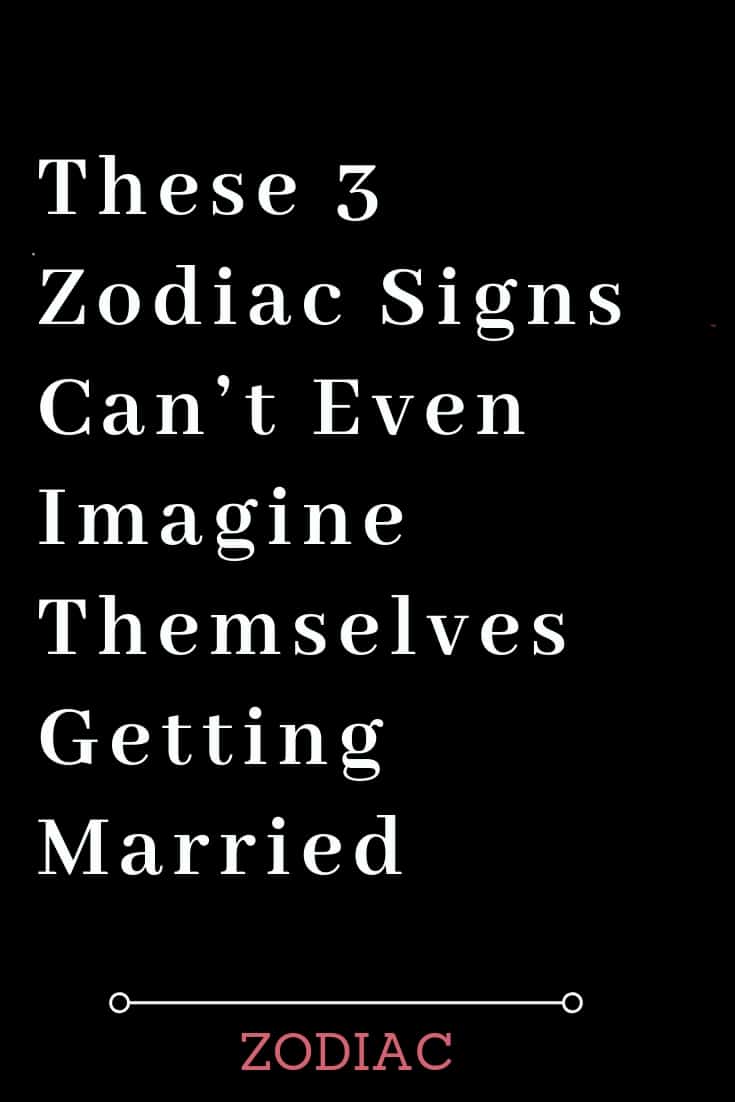 Most Popular Zodiac Signs Ranked (From Most To Least)