Facebook Twitter LinkedIn Tumblr Pinterest Reddit VKontakte Odnoklassniki
We’re getting closer and closer to October 31 every day, and if you’re anything like me, Jack Skellington’s This is Halloween has been stuck in your head for weeks. Although Halloween is known for horrifying monsters, creepy skeletons, maniacal witches, and all things terrifying, who can resist the rush of adrenaline that comes after a good scare? After all, none of these evil beings are actually real. The boogieman is, in fact, a fictional creature, and he’s not going to actually come after you when you’re sound asleep at night, right? That’s what makes the creepy thrills so exciting. You get to believe that monsters are after you for just a moment before coming to your senses… Unless, of course, those monsters have anything to do with astrology. Gather around the campfire, children, for I am about to tell you the scariest tale of all, and it has something to do with the fact that these zodiac signs will have the worst Halloween 2018: Taurus, Libra, and Aquarius. You might as well hide under your blankets if your rising sign happens to lie here as well.   How to get a Virgo Man fall for you Are you guys terrified yet? You should be. If you made the cut, stay extra wary of ghouls, goblins, and ghosts. You’re about to understand what the true meaning of Halloween is all about. Taurus Man Secrets: Put That Hot Taurus Man Under Your Spell TAURUS: YOUR DAY COULD BE INTERRUPTED BY A FEW MONSTERS Unfortunately for you, Taurus, your ruling planet will be in retrograde on Halloween. Venus gives you that protective sheen that makes you glisten with luxury and lust after the finer things in life. When she’s going through apparent retrograde motion, however, she can be a mean and malevolent force that puts you through a terrifying experience. Moving through your sixth house of health, work, and routine, she could cause problems for you in a number of ways. She may tempt you to eat way too much candy. She could have your ex popping up out of nowhere, screwing up your entire day. She could lure you away from your priorities and show you how awesome procrastination is. Luckily, the light in your heart can defeat any monsters, as long as you remain mindful.   LIBRA: YOU MIGHT FEEL LIKE YOU’RE THE MONSTER Gemini Man Flirts. But NOT if You Know The Secrets of HIM You better believe that this year’s Halloween could be plagued by some horrifying situation, especially because Venus, your ruling planet will be in retrograde during it. To make matters worse, Venus will also reenter Libra right on October 31st. Is there some cosmic conspiracy going on to make this Halloween extra spooky or something? All signs point to: Yes. Shrieking with pure horror through your first house of the self, you’ll feel the strange effects shake you down to your very bones. The first house is concerned with your appearance and your overall identity while Venus rules over love and beauty. This transit could make you feel bad about yourself. However, even if you feel like a monster, remember that on Halloween, everyone loves monsters. Also, everyone loves Libras. If someone doesn’t, they know nothing.   How to get a Aries Man fall for you How to get a Scorpio Man fall for you AQUARIUS: LOVE STORIES? MORE LIKE HORROR STORIES Did you think you could escape the Halloween scare? Hush now, terrified Aquarius. It’ll all be OK. It’s just that Uranus, your ruling planet, is in retrograde while opposing Venus (which also happens to be in retrograde). So, yes, you’re dealing with two very disturbed planets this Halloween. Luckily, an opposition isn’t always so bad.   In astrology, an opposition between two planets creates a connection between two very separate extremes. And, since Venus rules over love while Uranus rules over radical change, you can expect to feel the tension in your romantic life. However, a disagreement or two can certainly help you grow closer, maybe even spice things up a little. You never know! Maybe this opposition is exactly what you need in order to turn the heat up on Halloween. 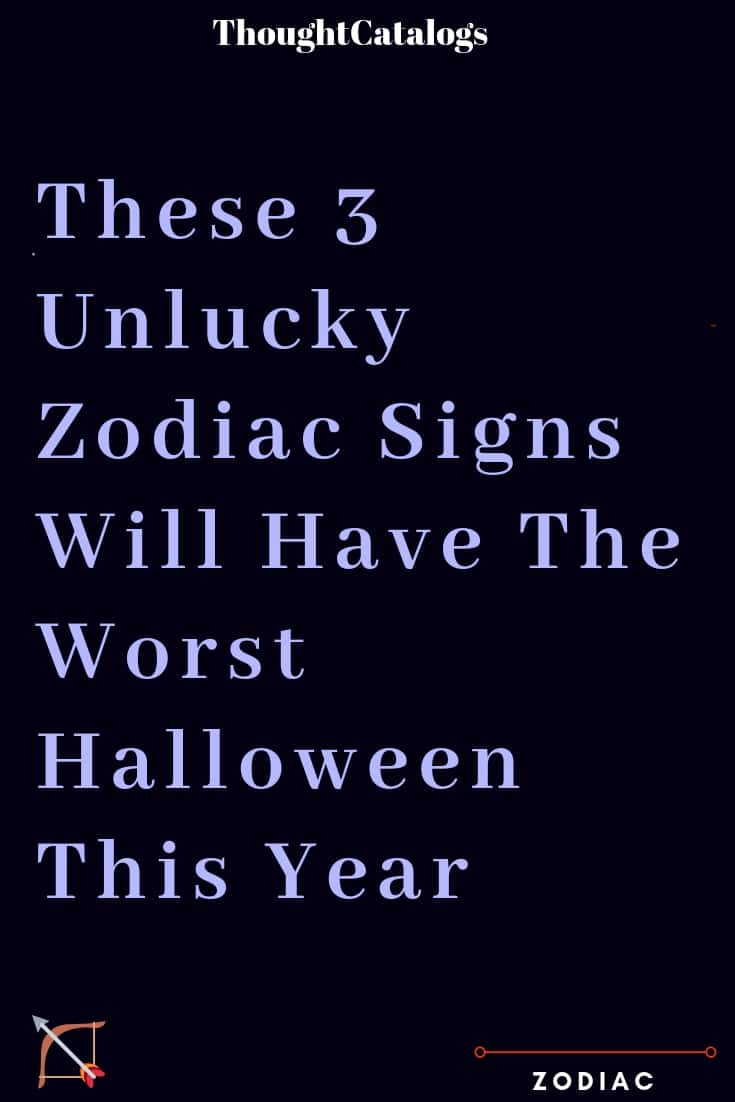 The 5 Most Misunderstood Signs of the Zodiac

A Letter To The Girl I Almost Broke