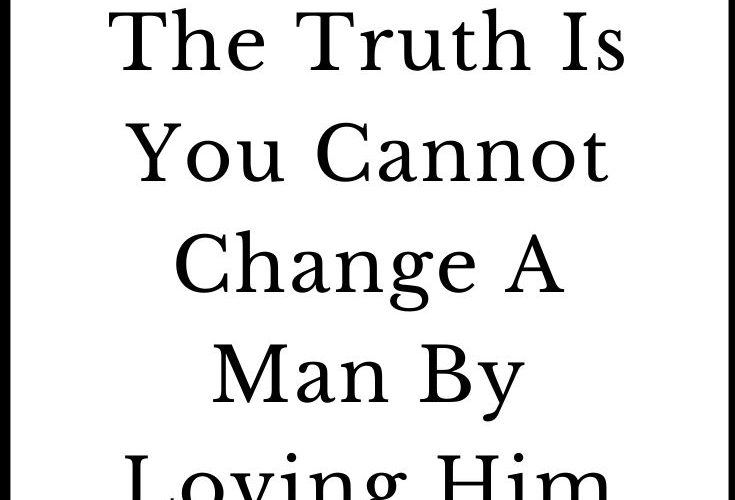 They say that love conquers all. But is it really true?

When we first fall in love, we tend to see the world and the person we love through rose-colored glasses.

We do things we usually don’t do.

So, basically, when we’re in love, we’re out of our mind. And that explains a lot.

Especially our tendency to see our partner idealistically.

When we love someone, we pretend to not see their flaws.

We don’t want to face reality because the truth is too painful for us.

We are afraid of change, hurting or becoming single again.

That’s when we start making excuses for our partner and that’s the moment our relationship becomes doomed.

Maybe you’re thinking: ‘They are going through some tough times,’ which in reality probably means they’re not investing in the relationship as much as you do.

The truth is that everyone is going through a tough time sometimes but it’s no excuse to stop making an effort.

Other than that, there are more common excuses we make in our relationship because of love, like:

We believe him when he says he will change.

So many of us have fallen through this rabbit hole. Giving second chances is what we do for love.

We truly want to believe that he will magically change, despite seeing his actions that form an unmistakable pattern, over and over again.

Deep down, you know that actions mean much more than words.

If he doesn’t practice what he says, he simply doesn’t care enough.

He has unresolved issues from past relationships.

This one is so easy to believe. We’ve been there too.

Someone has hurt us before and we need time to heal properly and that’s the obvious truth.

However, if you’re not healed properly, maybe you shouldn’t enter a new relationship because you’re not ready to face your fears and pain.

Not until you’re ready to make decisions despite your previous experiences are you prepared to be in a healthy relationship and that goes for other types of relationships too, not only romantic ones—relationships with parents, friends and even yourself.

The issues are not the problem, avoiding facing them is.

He doesn’t really mean what he says when he says something mean.

This is one of the worst excuses you can make for a man.

This kind of behavior shows nothing but pure disrespect.

No one should tolerate insults, especially not from their loved one. It doesn’t make sense.

If someone loves us, they care for our well-being, they don’t make our life miserable.

It’s not just something said in moments of rage or annoyance.

It’s a conscious decision to make us feel smaller. He’s just a man.

Accepting stereotypes like this only make their harmful consequences bigger.

Being a man isn’t an excuse and certainly not an excuse to be disrespectful.

He has his own unique personality, will to change or not to change, the power to choose between options and so on.

He is not programmed to behave a certain way as long as he has his free will—and he does.

Everything else is just laziness and not caring enough.

If you’re not making an effort, you’re not just a man, you’re simply a jerk.

Do yourself a favor and quit working harder at love if there’s no mutual exchange.

The fact is, you can’t change a man by loving him harder.

We can’t change anyone if they don’t want to change in the first place. It’s sad, but it’s true.

The sooner we ditch the if onlys, the sooner we will be on our way to finding someone who actually gives a damn.

After all, maybe our goodbye is exactly what could finally open his eyes to his own flaws.

Maybe that’s something that will teach him something you already know: self-awareness is the most powerful and profound way to end suffering. 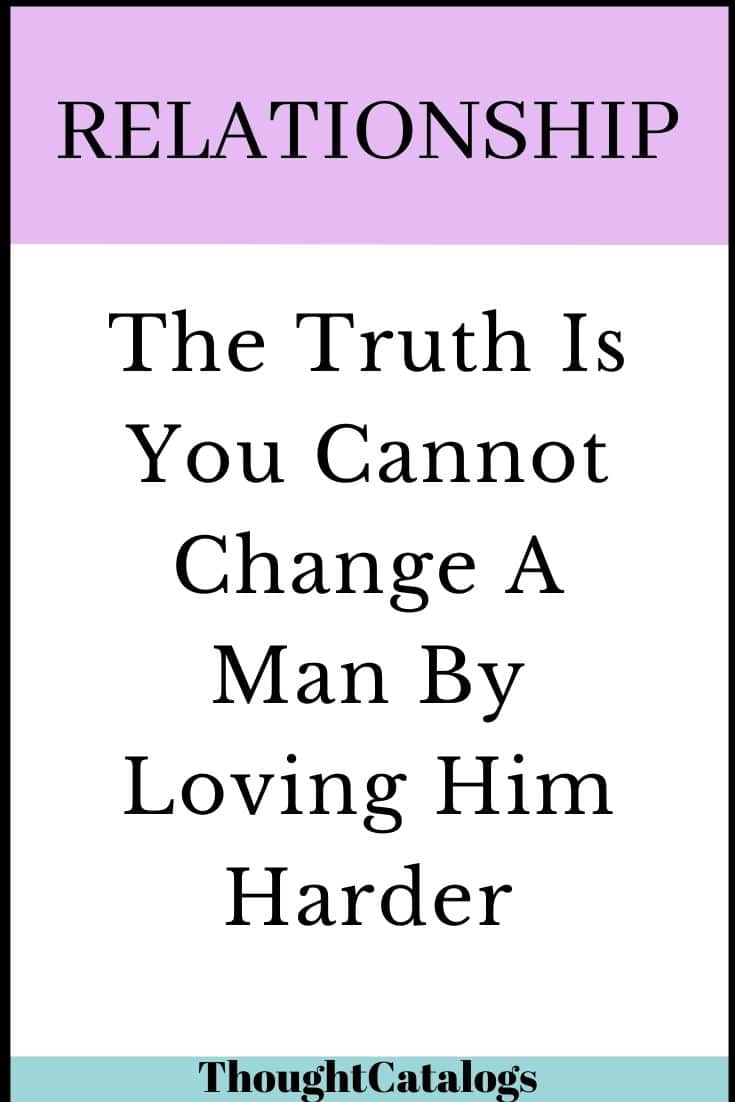