Because you’re addicted to the chase, you often like to pursue men who aren’t available because they represent a challenge to you and you love everything challenging. It becomes like a target you want to hit and you won’t back down until you get it.

You like being in control and you usually are in most aspects of your life, but sometimes you fall for men who are stronger and more in control than you are which are not the easiest men to pin down or open up. You admire their stability and the way they lead their lives but they’re usually not the type to settle down fast failing to give you the stability you need.

You have a tendency to fall for those who friend zone you because you approach them as your buddies and you don’t really ask for more because you’re just bubbly and friendly by nature and you don’t want to show them or tell them how you truly feel before they show you. You may even talk to them about other guys just to give them the impression that you’re not looking for anything more.

You fall in love with those who give you some attention but not the attention you deserve, because you’re romantic, you tend to romanticize every little thing a man does and believe in his potential because you always see the best in people. Most of the time, you see so much good in someone who just doesn’t care that much and you’re left heartbroken.

You fall for the bad boys, the ones who are bold and audacious and know how to sweep you off your feet but they’re not serious about you or any other girl. Because you’re super confident, you always think you’re going to be the exception so you wait around longer than you should because you believe eventually the man will finally commit to you.

Your perfectionism makes you fall for guys who are less perfect because you think you can fix them, which is always a problem because you can’t really fix anyone, especially a man you like. You tend to see them as a project that needs work because you love to work and you’re always trying to shape them into the person they could be.

You’re a loner at heart and you tend to fall for the ones who will not be all in or give you the romance you desire. You like guys who are loners too and may even be commitment phobes because you think that you understand them better than anyone else. But these guys rarely think about relationships because they’re content with loneliness.

You’re all about what you can’t have and what’s forbidden. You’re always attracted to the wrong men for you because they’re just wrong and you want to make them right. It’s more mental than emotional, the fact that someone is unavailable, out of your league or forbidden makes you want to try harder to be with this person.

You’re always on the go and you like men who are too, but they tend to be explorers or wanderers who are always traveling or freelancing and living in a different city every month. These guys are married to their travels and their adventures and a relationship is probably the last thing they’re thinking about.

You’re attracted to a certain type of men who always leave you questioning because of their mixed signals, you’re attracted to men who are unstable and inconsistent even though you’re very stable. It takes you a while to open up and trust someone which is why straightforward men intimidate you.

You’re a dreamer and you believe that love conquers all and love can change the world which is why you fall for men who are just wrong for you and believe that you can change them through your love and your affection. You think you’re like a healer sent to save them from all the evil in the world and you sometimes don’t even care about heartbreak as long as you were able to touch someone’s life. A lot of men end up taking you for granted.

You go back to your ex or the one that got away. You’re never completely over anyone you’ve dated and even if it didn’t work out you believe in second and third chances or timing. Your kindness and optimism give a chance to the same men who broke your heart to break it again. 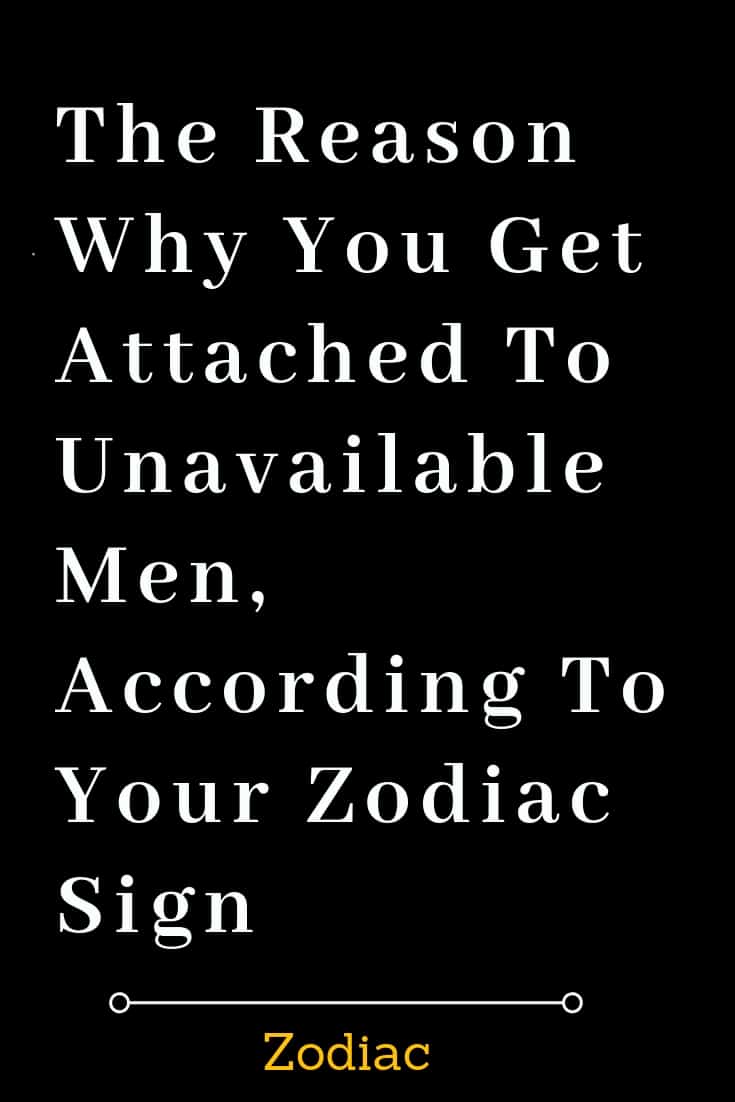 The Zodiac Signs When DRUNK…