You’re the jealous type. Let’s say you’re together at a coffee place, sitting, enjoying a cup of coffee, and he gets a text or someone calls him.

If he stands up and walks away, you’d get furious because you’ll immediately think that he’s cheating on you.

Trust is important Aries—learn how to do it. If you don’t, he will probably become fed up with your behavior and leave you.

You have to understand that your boyfriend doesn’t want to be compared to other men you’ve dated.

You aren’t doing anything bad, at least not on purpose, but your constant mentioning of the past and all the men you dated is driving your boyfriend crazy.

It’s a lot of pressure to deal with.

He might even think that he isn’t good enough for you since you’re always bringing up the past. The past is in the past Taurus—let it go.

You can’t keep your mouth shut. Gossiping is your favorite hobby.

Even though you don’t mean anything bad, you don’t wish to be mean to anyone, you just have the need to comment on other people’s lives. Well, that fact disturbs him a lot.

Do you know what he is probably thinking?

He’s thinking if you say all those things about others, people you’re not attached to, God knows what you’re saying about him.

So, keep quiet, or at least wait and say everything you need to say to your girlfriends.

You are not his mom, so don’t act like it. Due to your motherly instinct, you have the need to take care of the people you love.

And that is a beautiful thing and an even more beautiful quality for a person to have, but you have to keep in under control and don’t go too far.

There is a thin line between being possessive and being protective. He doesn’t want you to babysit him!

Relationships are about compromise, and most of the time, you don’t know how to do that.

You mean well, but the thing is, you’re used to having everything under your control.

You’re planning your life the way you want to which is perfectly fine, but the thing is, you’re not alone anymore.

Now, there’s another person whose opinion you should take into account, no matter what.

So, next time you start planning things without asking him first, just ask yourself how would you feel if someone did the same thing to you?

He is feeling unwanted and unneeded because of the way you behave. You think that your way is the only right way.

You don’t even consider other options unless you came up with them.

That is a completely wrong attitude for a person to have in life, and if you continue acting like that, you’re going to end up alone.

No matter how hard it is for you, listen to his plans, and do things his way once in a while. Make him feel needed.

Decision-making is a huge and long process when it comes to you. This, naturally, makes your boyfriend crazy.

Whatever he asks you something, it takes you forever to decide. The whole thing turns into a huge fight, and it’s the same every time.

For once, just say ‘yes’ and don’t overthink things because it will get you nowhere.

Jealousy alert! I mean, Aries are jealous, but what you have borders on a real psychological disorder.

If your boyfriend even looks at another girl, he is in so much trouble.

Be careful because if you continue to act like this, your worst nightmares and the thing you were scared of might actually happen—he might cheat on you because he has had enough of your jealousy.

It’s the same as for Aries—you have to trust him because if he really loves you, you are the only thing he sees.

Nothing is ever enough for you. Everything he does becomes boring to you very soon.

You’re restless, and you cannot be in one place for too long.

This leaves your boyfriend under pressure of constantly coming up with new things that will excite you, so you don’t get bored and go away.

That’s a lot of stress for one person to handle. Try taking up a hobby of your own to stay excited and take a load of him.

You are usually a fun and kind person, but when it comes to relationship, you’re a huge buzzkill.

Every possible scenario ends badly in your head. If it’s up to you, there is no light at the end of the tunnel.

This is very gloomy, so listening to your pessimistic thoughts can get very depressing.

You don’t want him to feel bad when he’s with you, right? Switch your brain from dark to light, and look at things with a bit more hope.

That way you won’t let your relationship go south.

The amount of stubbornness hits the roof when it comes to you.

If you’re having an argument, chances are he will back down sooner than you’ll start listening to other options or someone else’s side of the story.

You stick to your point, and you’re not letting go.

Back down before he’s had enough and leaves you forever with no explanation whatsoever.

He has to walk around you like he’s walking on eggshells.

Everything he says to you, even the things which are meant to be compliments, you take the wrong way.

You find insult in everything, and that is kind of making him crazy.

Accept that not everyone is out to hurt you, especially not the person who cares the most for you. 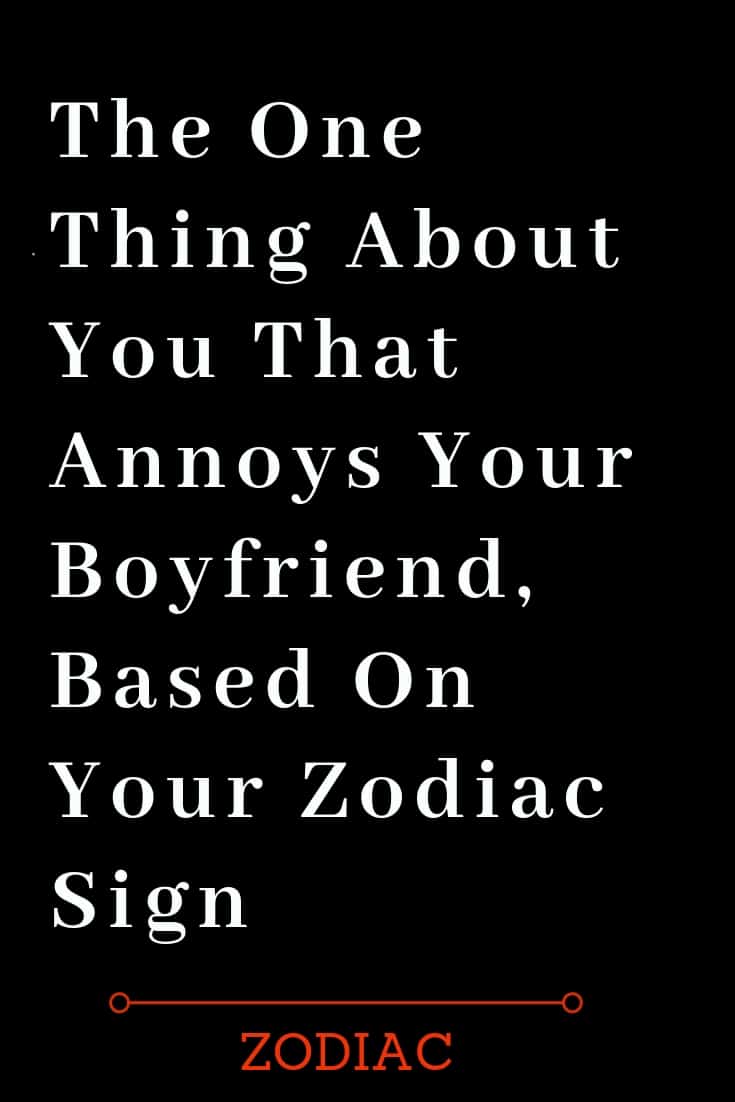 You Are Not A Man, You Are A Mistake