The Major Goal You Should Have For The Month Of May 2020, Based On Your Zodiac

Focus on an internal goal for once; not where you’re going to travel to next, not which craft you’re going to master next, but rather, some internal struggle you’ve consistently put off that you can finally start working on and getting help for – anxiety, lack of presence, procrastination, self-doubt, anything.

Work on your listening skills; for as warm and loving as you are, you can also be inflexible and set in your own ways. Making a conscious effort towards listening more is a wonderful aspiration, and it’s a great thing to work on when the year has barely even begun.

Be the first to reach out to friends you haven’t seen or talked to in a while; if it’s a friend who lives in close proximity, ask them to go to dinner. If it’s a long-distance pal, give them a call or just text them to let them know you’re thinking about them. These little actions mean the world to people, and it’s a great way to practice being a consistent, dependable friend.

Spend May letting go of grudges. If you want to, you can actually tell someone that you forgive them, or you can just forgive them internally. Spend this month shedding all the unnecessary weight and burden of negative feelings, so that the rest of 2020can progress in a way that is so much clearer and so much lighter than it would have been otherwise.

Focus on learning about something that is completely unfamiliar to you. Whether it’s a new hobby, a book about a subject you’re inexperienced in, or even a coworker you’ve never bothered to get to know, practicing this behavior will help you to start May (and 2020) in a mindset that’s centered about humbleness, modesty, and self-awareness.

Address, in some way, your struggles with worrying and overthinking. It can be through therapy, or meditation, or yoga, or walking – or even smaller actions like avoiding screens before bed, getting an extra hour of sleep, eating foods that make you feel healthier, etc. Making this a huge priority at the start of the year will open up so much more space for all of your potential to go.

Live in the moment you’re currently in, and stop worrying about if someone else somewhere else is having a better time than you.

Work on your issues with jealousy this month – not in a way where you try to ‘cure’ yourself, because that’s not possible and it’s very normal for humans to get jealous. But in a way where you try to manage the symptoms a little better. When you’re having a low day, spend less time on social media, as social media always makes jealousy worse. When you’re feeling particularly insecure, call up a friend who makes you laugh or ask for recommendations for an uplifting book. Find little ways to start helping you cope with jealousy, rather than wasting your time trying to eradicate it.

Make actual, tangible goals for yourself. As in, write them down. Avoid vague statements like “I want to be healthier” or “I want to be more creative” and instead come up with measurable attainments like “I want to go to the gym twice a week” or “I’m going to sign up for a drawing class.” Your optimism is great, but it needs to be aimed at specifics, not at indistinct ideas.

Your January goal can be anything, except something related to your career. So pick something in your personal life that needs a little love, like a relaxation technique or a goal related to your health or just something that you’ve always wanted to try. Coming up with a non-work related goal for the month of January will help you continue maintaining a work-life balance mindset throughout 2020.

Say something nice to a stranger every single day this month. It can be as simple as a smile to a passerby or a brief compliment to the person standing in front of you in the grocery store line. Once you start doing this every day, you’d be surprised at how much it helps you to open up a little more.

Pick a goal for yourself this month and keep it a secret. Tell no one about it – don’t ask for anyone’s permission or approval, and experience how nice it is to just do something and try something for yourself for once. 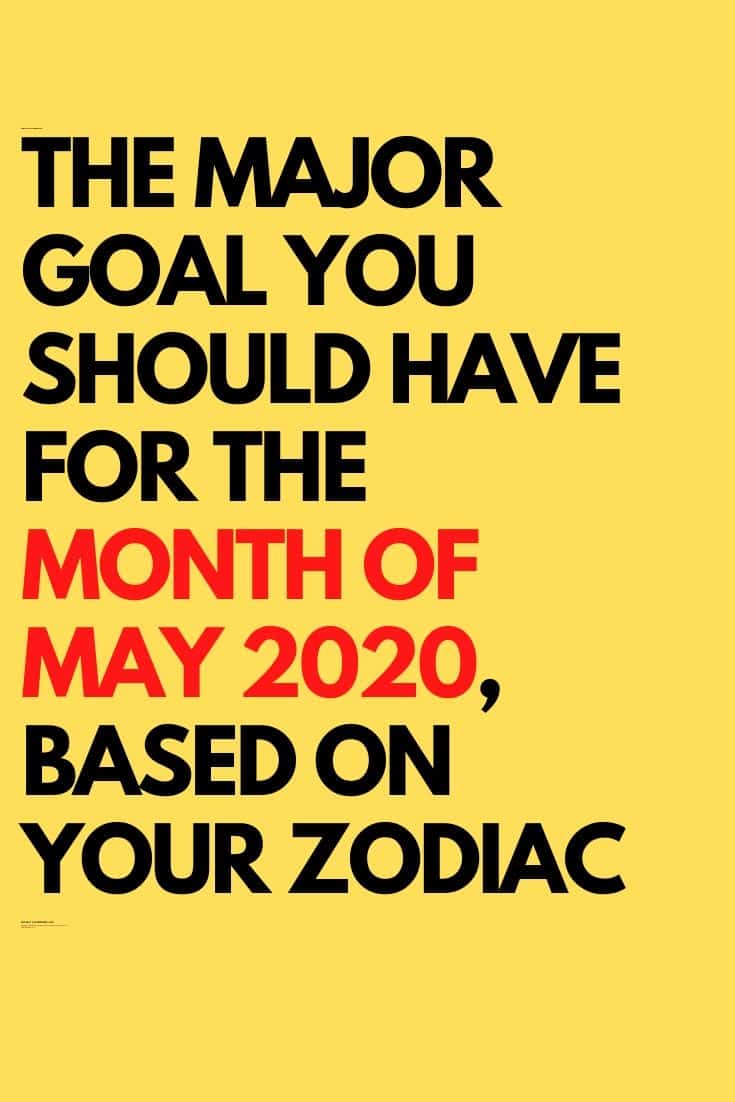 When Dating A Fearless Girl, Be Prepared For These 8 Things

Fearless girls are like sunshine in the middle of winter. They simply light up a room, wherever they choose to enter. Being a fearless...

ARIES will love till betrayed! Ready to eliminate till completion birthing the traits of the God of War. They will constantly need to be kept...

On Tuesday, you will have lots of vibrant ideas as well as plans for understanding. You will certainly want to achieve a whole lot...

While some zodiac signs hurry to get wed, others run fast on the contrary instructions. Some know from a very early age that they wish...

Do revers bring in? I believe that revers do bring in some cases. I additionally believe that being with a person that is incredibly...
𝐓𝐡𝐞 𝐭𝐡𝐨𝐮𝐠𝐡𝐭 𝐜𝐚𝐭𝐚𝐥𝐨𝐠𝐬 is an Educational & Entertainment Platform theme. Our Team Publishes 100+ Content On Weekend/Monthly. We will motivate the needs of any person & make them inspire instantly You, Will, admit Once You Begin Your Journey With Us. The Thought Catalogs platform is a perfect choice.
© Copyright © 2022 - All Rights Reserved | TheThoughtCatalogs.