These Zodiac Signs Are Most Likely to Get Cheated On...

You must be thinking that things have gone on for far too long. Your dreams keep going higher and higher, the Universe enmeshes you in its whims and you, are left wondering how long will it go on. Well, this is just the tip, the iceberg is yet to come.

The Full Moon in Pisces 2020 is a dichotomy in itself. It would set differences between fact and fiction, reality and illusion, the spiritual world and the physical manifestation of reality, and between a sane mind with one’s disintegration of the emotions.

The illusion and fog that January brought is about the get one last lap. It ends with the Full Moon on September 14th, which also expects us to take direct action and erase the shroud before us.

With the emergence of the Full Moon, you would come across god-sent opportunities, what looks like opportunities but aren’t, and pure empathy. You need to be careful whilst choosing.

Since Pisces is a water sign, it would not go amiss to say that it signifies the watery nature of life. It helps us find and relate to egos and beings well out of our league- divinity, inspiration, escapism, etc. This is the best time to enmesh yourself into art and creativity, or else you would be lonely

Pisces isn’t going to be alone- it brings Neptune in its wake too. And as it goes with master-weaver Neptune, it will spin a tale of dreams and illusions, and draw you in closer.

It will make it impossible to fix yourself in reality and hope for the unknown. Why stay mundane, when you can be magical?

Now, while it could have been easy for Neptune and the Moon to lull us into a sense of magic and fantasy, it isn’t the case. While Neptune is luring us, Mars in all its masculine glory in Virgo isn’t just loitering around- it is actively going against Neptune.

This will result in us being tossed around like a shuttle from magic to mundane. It’s either pure pragmatism or the dreamscape. There is no in-between.

It isn’t just Mars in a fight against Neptune- Mercury is involved too. With being the last in Virgo, it has the duty of cleaning up the mess that started from New Year. It found itself in place since the August New Moon and the work is almost done.

Being God’s messenger, it knows everything that needs to be known. And with the last minute scram for perfection, it is giving in extra energy for mindfulness and awareness. This further debilitates Neptune’s attempts to bring you in the fold of fantasy.

Venus too is accompanying Mercury as it is nearing the exit. This allows it to go beyond relationship and money related matters. Nothing remains hidden from them as they clean up every bit of mess that is present. And things take a turn towards relationships after Venus is handed the reins to control.

So, this struggle and eventual push back of Mars/Venus towards Neptune/Moon could be useful or could be harmful. We will not know until we have lived it. Although it is true that magic gets stronger when it is ripped.

All this because Jupiter gets involved. With the Sun/Mars and Moon/Neptune equally forcing it to come into their camp, the struggle brings big shifts. The entire year has seen the two big planets causing havoc, bringing in magic and illusion to all and sundry.

Since Jupiter is all about magnifying the action it touches upon, we can understand why other planets want it to be on their side. The last struggle between Neptune and Jupiter would be on September 21st.

The Full Moon takes full pleasure out of locking them into their aspects and turning into a square. All this leads to the sky being an influence for everything that is more. Logic, reason, magic, fantasy, self-righteousness, etc. Most importantly, your visions would fail before what’s to come.

Jupiter will make it necessary for you to utilize your brain and mind due to the nature of the magic in place. You need to talk, you need to accumulate information, and you need to process that with your mind. Jupiter puts pressure on Gemini, so you have to do it. No other choice.

Irrespective of all the planetary involvements, this period of time is amazing for you. The magic is palpable in the air and all you need to do is have visions of unlimited grandeur.

For, the Full Moon will help you go through with what’s possible and what’s not. With Virgo too in place, you would have a clear idea as to the road you need to walk on. 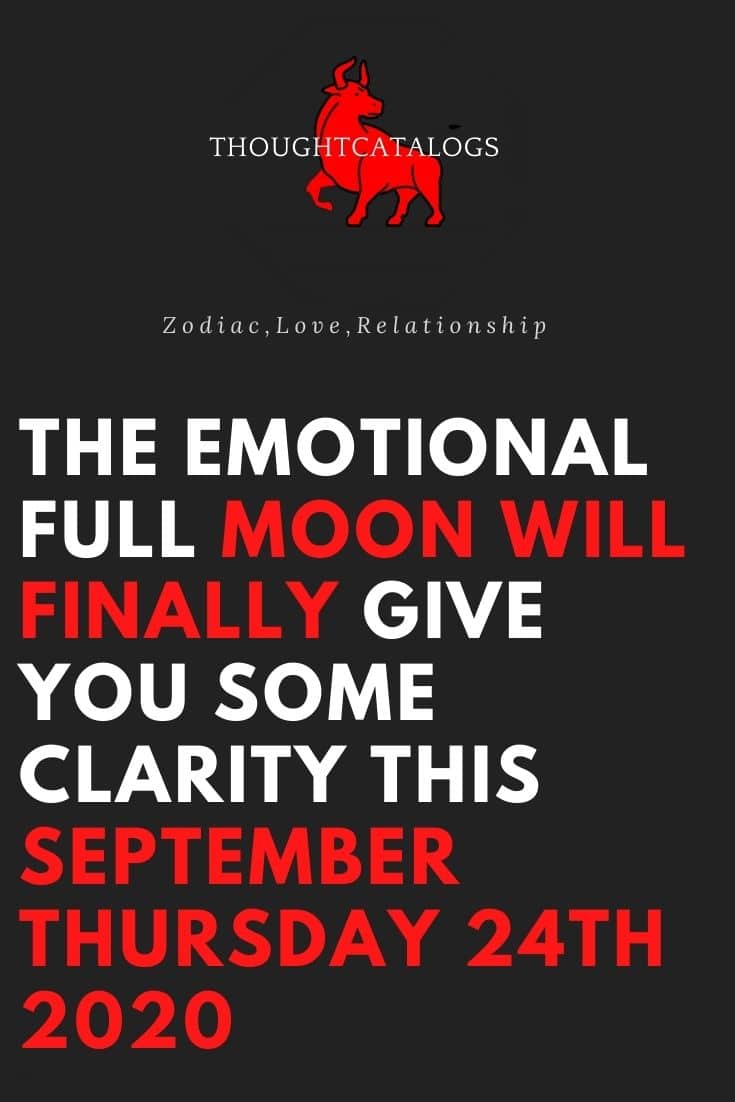 It is not exactly controversial to say that relationships can be confusing. Relationships get a lot less confusing, however, if you decide to chalk up every single inexplicable moment...

Which Is The Most Loyal Zodiac Sign In May To June 2022? Zodiac Signs RANKED

Being one of the most dedicated zodiac signs is a lot more than simply being faithful. It is being one hundred percent devoted and...

No, I won’t sit at the top of the stairs with my arms crossed sulking! I’m not a child anymore. I won’t ignore you...

The Three Biggest Goals You Should Have In The Last 6 Months 2022, Based On Your Zodiac

Aries ( March 21st to April 19th). 1. Focus on difficulties in your life today that need dealing with, in contrast to putting a band-aid on...

5 Zodiac Signs Who Will Get Revenge On Their Exes

Scorpio If a Scorpio gets dumped by you, then you really have to be scared. Maybe you should even change your name and move to...
𝐓𝐡𝐞 𝐭𝐡𝐨𝐮𝐠𝐡𝐭 𝐜𝐚𝐭𝐚𝐥𝐨𝐠𝐬 is an Educational & Entertainment Platform theme. Our Team Publishes 100+ Content On Weekend/Monthly. We will motivate the needs of any person & make them inspire instantly You, Will, admit Once You Begin Your Journey With Us. The Thought Catalogs platform is a perfect choice.
© Copyright © 2022 - All Rights Reserved | TheThoughtCatalogs.