I have a bit of an unusual undying wish, to thank you for breaking her and sending her right into my arms. She is the best thing that ever happened to me and I would never have had the opportunity to have her in my life if you had known to appreciate her and treat her right. I guess one man’s loss is another one’s gain.

Thanks to you, she is happier with me. I can’t take all the credit for that though. I only stood by her side while she put herself back together.

I only kissed her pain away. I only offered her my shoulders to cry on and wiped away her tears. I only enjoyed her smile and did my best to make it last. I stayed no matter what.

I really couldn’t believe that somebody would ever think of hurting her and causing her so much pain. But you had no problem doing it.

No matter how many times she has told me stories about you and how you mistreated her, I have never been able to grasp what kind of man is capable of that.

The damage you caused her left deep scars, I am aware of that. But it also shaped her into the person she is now. She is stronger than ever. She has the world at her feet and she is thriving in everything. She just needed somebody to believe in her so she could start believing in herself.

You lowered her self-esteem. She was all out of faith in herself. You made her think that she was unlovable, that she wasn’t enough.

You made her feel like she was unworthy of your time and attention. You transferred your insecurities onto her, you lied to and manipulated her. You were just a pathetic excuse for a human being.

You drained her emotionally. She was so tired of everything. She thought that things would never stop going downhill because they had been going that way for far too long. She was so used to things being bad that it became normal in a way.

She was so scared when I first met her. She was scared that I was like you and she had a hard time letting me in. She feared that if she let her guard down, if she opened up again, she would only end up hurt again.

She feared I would be all sweet and dreamy at the beginning like you were and show my true colors when it was too late.

I was scared too. Scared of being nothing more than a rebound she would subconsciously use and walk away from once she healed herself.

Luckily, I learned later that she is incapable of using anybody. She just needed me to bear with her, to give her time for her wounds to heal. Time to trust again.

I haven’t done much, it was all her. But the little I helped with was all done effortlessly. Without even thinking about it, I put her first.

I appreciated her for who she was and I would never think of changing her. It all felt right. I knew I had to be there no matter what. I just wanted to make her feel safe, I wanted to earn her trust. My wishes came true.

She loves me now like she never loved you. I showed her a life she would never have had with you.

A life filled with mutual respect and understanding. A life that gets dark at times but it’s easier when you have someone to share your sorrows with. A life so simple yet so special and amazing because we found each other against all odds. A life in which all love is true.

It sounds awkward when I say thank you for breaking her because broken is the last thing I wanted her to be. But in a way, I understand why you had to happen. 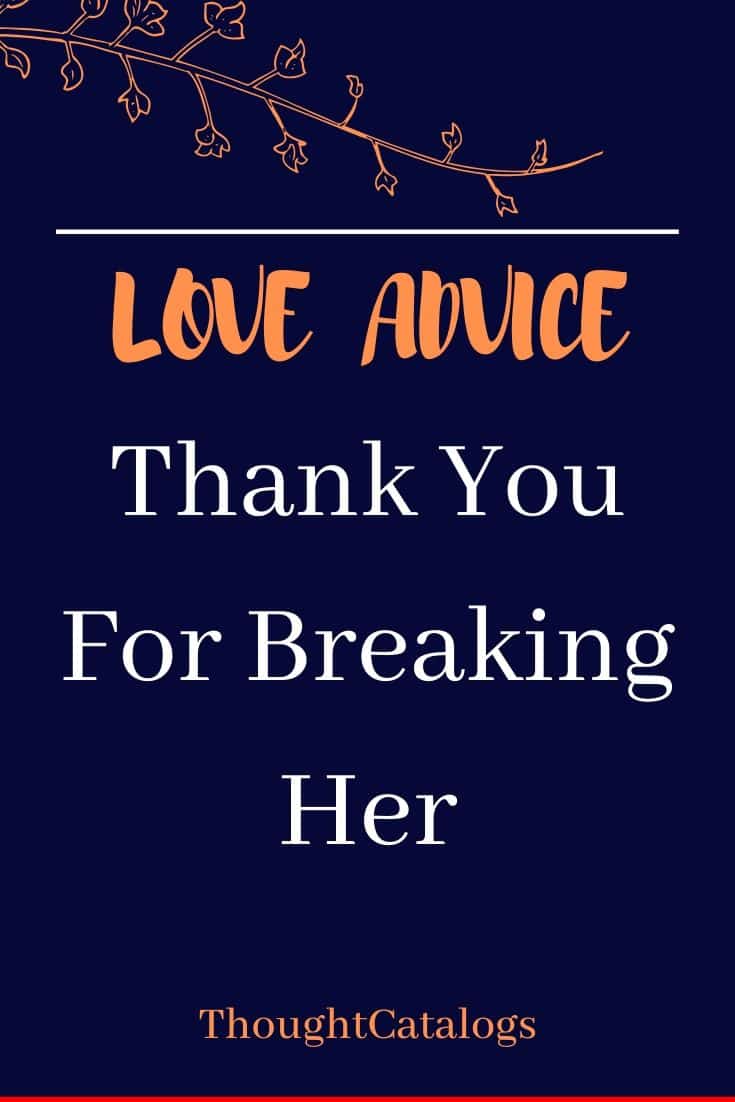 Kindness Was Not Her Weakness, It Was Her Strength