When you are dealing with passive-aggression in a relationship, you will notice that whatever your partner says doesn’t match his behavior. He will say, “I’m fine,” yet in his behavior, you will be able to detect a dose of repressed anger.

Every time you try to have an open and honest conversation with him, you hit a stone wall. It seems useless to try and get him to open up and tell you how he really feels.

He is covertly aggressive. He will never openly display his frustration or admit that somebody made him mad. He is trying to stay cool, calm and collected but somehow his behavior tells a completely different story. You can detect negativity and anger no matter how hard he tries to cover them up.

These are some signs that you might be in a passive-aggressive relationship:

1. They would much rather keep their distance than admit that they are angry.

You can’t have an honest and open conversation with them. They will keep their distance rather than tell you what the issue is. They never admit that they are angry. They would rather keep it all bottled up inside than go ahead and tell you anything. They will tell you they are fine even when they are far from it.

2. They have their little tactics to make themselves feel superior.

They never do what they say they will. They always leave you anticipating something. You wait for them to call or text but they never do when they say they will, they procrastinate and take their time because they know you are expecting it. They also wait a long time before texting you back. They are late on purpose, so you are always the one waiting.

They would do anything to avoid a fight, confrontation or any sort of feisty discussion. They would much rather agree with everything you say than openly show their disapproval. They might even blame you for something but you can never expect them to be upfront about it. Dangerous Words And Phrases That Kill A Man’s Attraction For You

4. They blame you for everything.

They manipulate you into thinking that everything wrong is your fault. They convince you that you are the one to blame even when you know that’s far from the truth. They will even use mild language to get what they want.

5. They forget everything that doesn’t have a direct connection to them.

Like your birthday, a dinner date, something they said they would do but they never got around to actually doing and similar stuff. That’s because deep down, nothing is more important than them. In the end, you end up frustrated.

6. They might disapprove of something but they never offer a solution.

They won’t hesitate to say no to your plans for a weekend getaway, a new place to stay, a night on the town or suchlike, but they won’t bother explaining their viewpoint or offer some kind of solution to the matter. Dangerous Words And Phrases That Kill A Man’s Attraction For You

7. They use hurtful comments disguised as compliments.

They rely on sarcasm to express their resentment. They tend to say one thing and mean something completely opposite. And no matter how nicely they wrap up insults into compliments, they will essentially be very hurtful.

It’s not easy to deal with a person who is passive-aggressive, let alone be involved with one. Don’t try to give him a taste of his own medicine, as it will only make things worse. He will just deny everything and take the role of a victim. Not to mention that by acting like him you are risking becoming just like him, and that’s something you surely don’t want. Dangerous Words And Phrases That Kill A Man’s Attraction For You

Don’t try to change him either. He can only change if he is aware of his passive-aggressive behavior and if he wants to change. You might say that his hidden feelings are leading you nowhere but he will most likely refuse to hear you. Keep yourself and your emotions safe. If you see he is not changing, the best thing you can do is to walk away from him. 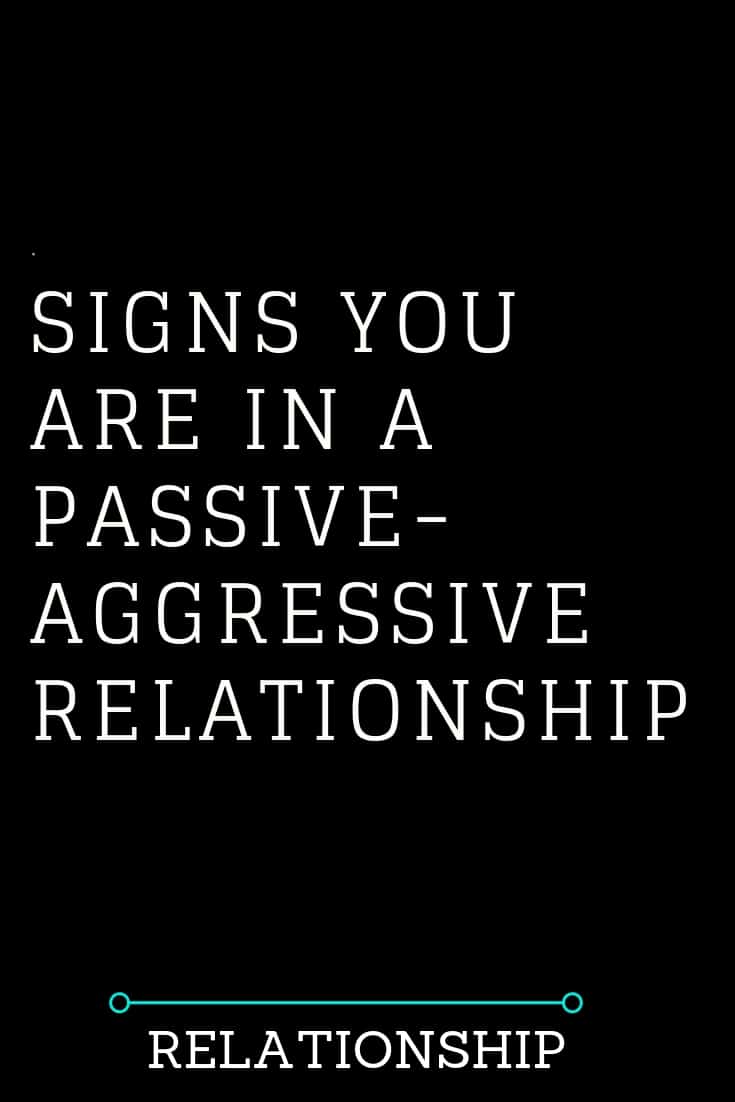 11 TECHNIQUES VERBAL ABUSERS USE TO BRING YOU DOWN