She Lost Him But She Found Herself

If you looked close enough, you could see right past her smile. You could have seen right into her broken soul. There was something in the way she smiled that told you that smile was not sincere. Not because she wanted to fake it but because that was the best she could give at that point. Her eyes would tell you that someone or something had shattered her into a million, tiny pieces. And her smile was an attempt to glue those pieces back together.

Those sleepless nights were becoming her nightly ritual. It’s not easy to make sense out of a messed-up situation like this one was. She is doing great now. But for a while there, she thought she wouldn’t make it. She feared that she was going to die from all the pain she was feeling.

Deep down, she always knew the relationship would never last. She was always the one who was putting more effort into things. She was always the one who wouldn’t speak up when she needed to fight for herself. She tolerated a lot of things she shouldn’t have, in the name of love. She was even angry with herself for not being able to speak up but something inside of her prevented her from doing so. She couldn’t be herself when she was with him, knowing that she loved him anyway.

He left when everything began to settle down, when she became happy again. He was the best version of himself like he had been at the beginning of their relationship. He showed her how things could have looked, how everything was supposed to be. He was giving her more attention than ever before and she felt peaceful for the first time in a long time. It was all just the calm before the storm. Just as soon as she started believing that everything was great again, he left.

Seeing him the way he could have been and losing him right after that hurt her the most.
When he left, she felt like half of her went away with him and she was never getting it back.

She hated feeling like that, so she made a pact with herself that she would do her best to stop. She distracted herself with people she had never met before, things she had never before tried, and places she had never seen before. She would do just about anything to help herself. She might have been broken but she never quit on anybody or anything. She wasn’t about to start with herself.

Because a girl like her doesn’t lie down and accept defeat forever. At some point, she gets up from the ashes of the memories surrounding her, dusts herself off and keeps on fighting. She realized the best way to get over him was to get out of her own head and change the way she thought. She reminded herself of who she was, what she wanted, and why she deserved it. With time, she rebuilt that other half of herself she thought she had lost when she lost him.

She realized she could never be truly happy with him. The love she had for him prevented her from seeing him for what he really was. By leaving, he did her a favor because she discovered herself. She would never have seen her own true colors if he had stayed.

She discovered how strong she was and what she was made of. She discovered parts of herself she never knew existed. She became the best version she could ever hope to be and she only has herself to thank for that. She made herself happy. She lost him but she found herself and somehow that was everything she ever needed. 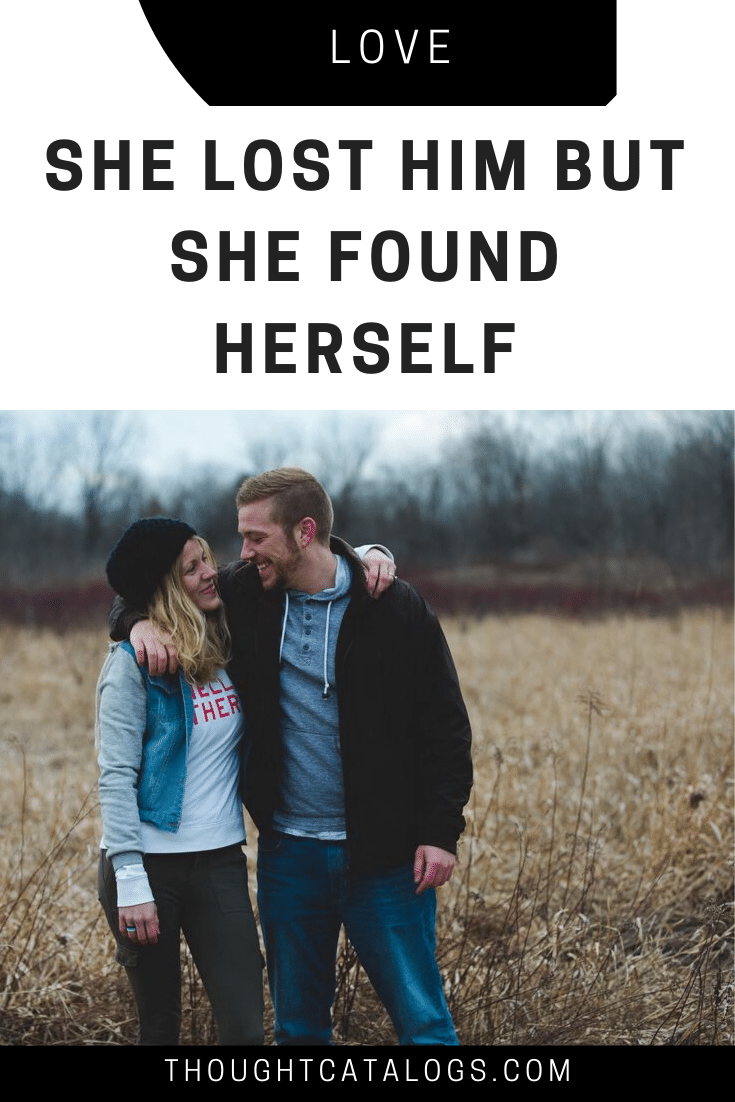 How To Avoid Falling In Love With Wrong Guy In 2022, Based Your Zodiac Sign

When you've decided that he or she is the one and also absolutely nothing your mind claims will certainly convince your heart, you attempt...

We all have two kinds of people in life: the ones who tear you down and the ones who build you up. Unfortunately, somehow...

So you’ve finally gone out of your way to meet the special person of your life. Congrats! But turns out that he/she carries the...

There are individuals who, even though love each other, are not indicated to be with each other. That's since some zodiac signs are not...

From Friends To Lovers: 11 Steps For Transitioning To The Next Level

The most beautiful romantic relationships are those that have transitioned from friends to lovers. In your best friend, you have that rock and bond that...
𝐓𝐡𝐞 𝐭𝐡𝐨𝐮𝐠𝐡𝐭 𝐜𝐚𝐭𝐚𝐥𝐨𝐠𝐬 is an Educational & Entertainment Platform theme. Our Team Publishes 100+ Content On Weekend/Monthly. We will motivate the needs of any person & make them inspire instantly You, Will, admit Once You Begin Your Journey With Us. The Thought Catalogs platform is a perfect choice.
© Copyright © 2022 - All Rights Reserved | TheThoughtCatalogs.