Facebook Twitter LinkedIn Tumblr Pinterest Reddit VKontakte Odnoklassniki
Over the weekend, former Revenge costars, Emily VanCamp and Josh Bowman, decided to take a big step together and become husband and wife. VanCamp and Bowman were a well-received couple on the television show, Revenge. Sometimes life imitates art, and some fans just love to see their favorite characters end up happy. As reported by US Weekly, actress Emily VanCamp and her co-star, Josh Bowman, officially tied the knot in the Bahamas. Based on the black and white photos from VanCamp’s Instagram account, the wedding looked straight out of a fairytale. For the ceremony, Emily VanCamp donned a gorgeous custom wedding gown from the designer, Lela Rose. The pair were formerly linked on the ABC drama series, Revenge, and have now made things official off-screen.   VanCamp and Bowman first met while filming Revenge, which was on the air from 2011 until 2015. A year after filming, the costars started dating, and the pair just got engaged in May of last year. Since her time on Revenge, Emily VanCamp has certainly kept busy. The actress has starred as Sharon Carter in Captain America: Civil War, and recently as Nicolette Nevin in the television series, The Resident. British actor Josh Bowman has also continued to pursue acting, starring as John Stevenson and Jack the Ripper in the television series, Time After Time. Bowman also appeared in the wildly popular Doctor Who series as Krasko and is set to complete a television movie calledEscaping the Madhouse: The Nellie Bly Story, for next year. Actress Ashley Madekwe, who also starred on Revenge, was in attendance. The actress looked gorgeous as ever, posting a barefoot selfie on the beach. Alongside her husband, Madekwe donned a pink dress, complete with ruffled layers for added drama and volume.According to Emily, Josh proposed to her while the two were out hiking in a forest. Five years earlier, the couple’s on-screen characters also got married, but the wedding ceremony was mired in drama. However, in real life, Vancamp and Bowman’s ceremony looked absolutely breathtaking. “Once I’m done doing The Resident I want to have some good solid family time, do some traveling and just try to stay present and enjoy every moment.” Emily VanCamp recently said to People. Congratulations to the newlyweds! Be sure to stay tuned for more entertainment news here at The Talko. What do you think of Emily VanCamp and Josh Bowman’s wedding in the Bahamas? Let us know in the comments! 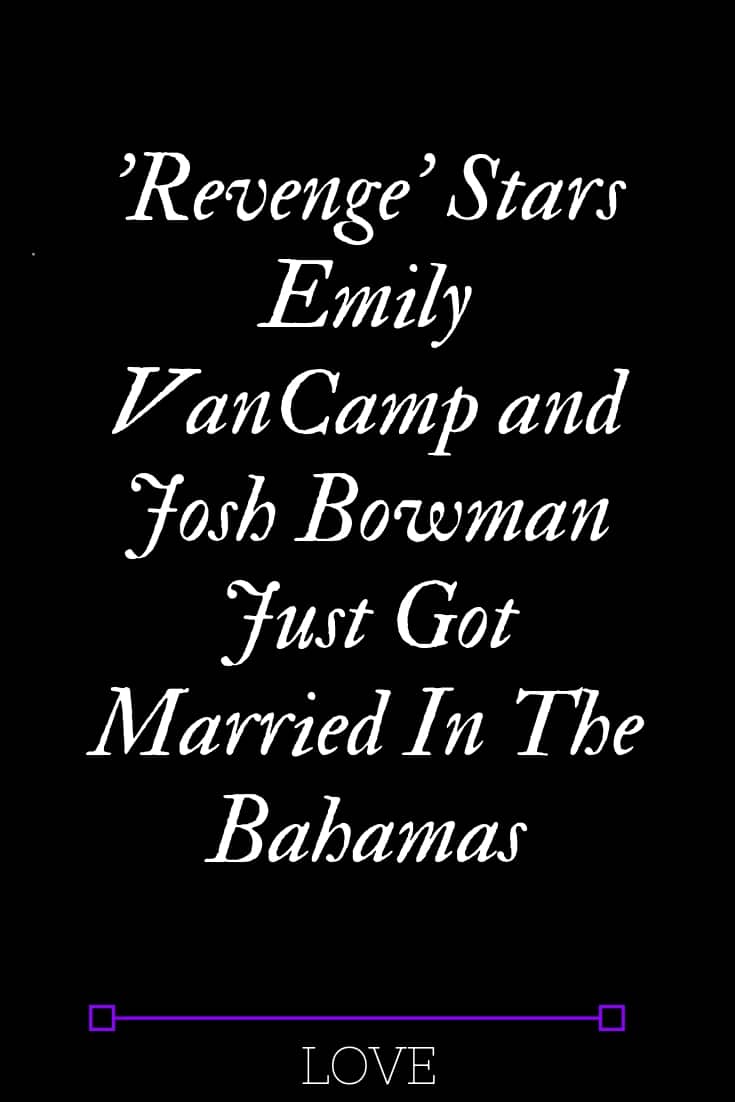 7 WAYS IN WHICH A GUARDED GIRL LOVES DIFFERENTLY