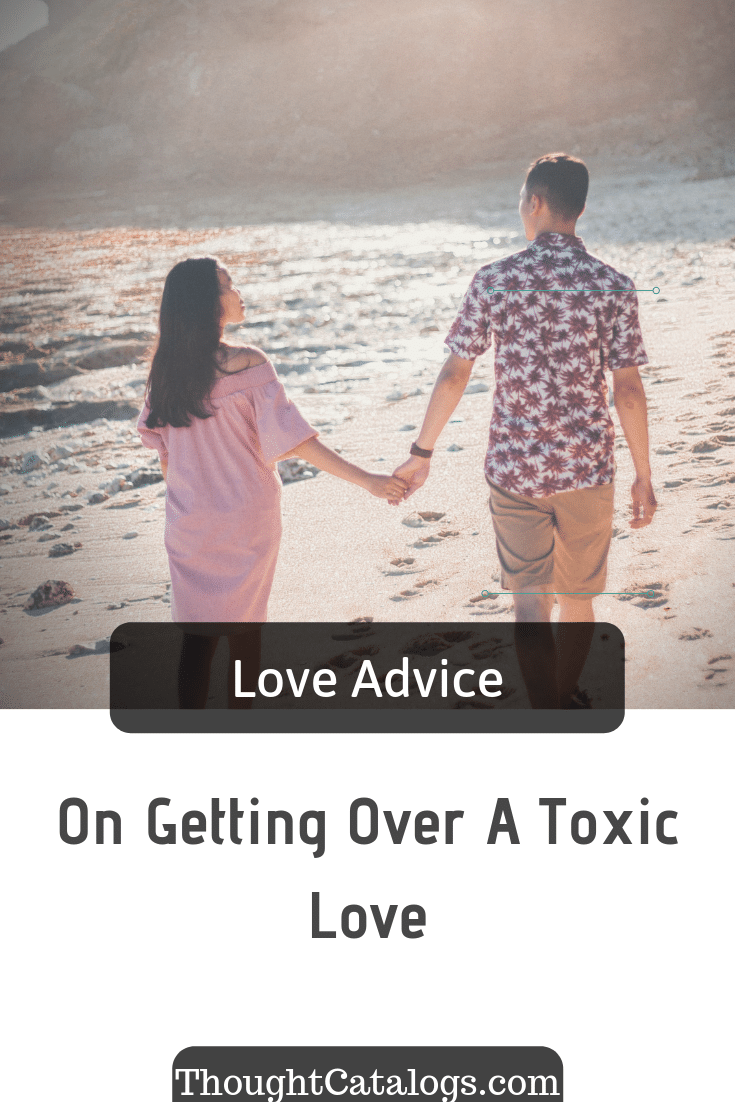 I always thought that I would find a man who I would fall in love with and that we would live happily ever after. I thought that once I met someone special, he would be my person, my soulmate, and my true match. But unfortunately, that didn’t happen. Instead, I met a person who was anything but good. And the worst part was that I could see signs screaming that he was bad from miles away but I still decided to give him a chance. I was naive and I thought that love could change anyone, even him who was so fucked up.

So, our story began—the one where I suffered, and he got all that he had ever wanted. It was so easy to control me because I fell in love with him, thinking that after some time passed, he would fall in love with me too. But that wasn’t something that he wanted.

Instead, he wanted a girl who would do things like he wanted, who would love him and forgive his mistakes that he would repeat over and over again. He wanted a girl who kept her mouth shut because he always had something smart to say. He was happy seeing that I was a bird in a cage but this time it wasn’t a golden one. It was a cage full of misery and pain, the one I felt so bad in, giving him the opportunity to destroy me.

I once loved a man who couldn’t love me back. Maybe that was just his decision because if he had loved me he wouldn’t have hurt me so badly. That is not something that you do to the people that you love. I loved him with all my heart and my soul, thinking that he would change and that he was mistreating me just because he had some problems in his life.

But now I know that I shouldn’t have made excuses for him. From the first time he treated me like I didn’t deserve, I should have left him. But, at that time, I wasn’t strong enough to do that.

I once loved a man who promised me a life that I deserved. But instead, he gave me a living hell where I had to sacrifice things to make him feel happy. I put my life on hold because of him and he didn’t even ask me why I was doing that when he saw that it wasn’t making me happy. He knew that I would do anything for him, so he just let me drown in his toxic love.

He never put any effort in to make me happy, even if he wanted me to do things for him. He never treated me right and he never gave me the love I deserved. The man I fell so hard for was the most selfish human being I had ever met, but I still loved him with all my heart and my soul, not thinking that I could get away from him.

I once loved a man who made me think like I was the unlovable one. He made me think that I didn’t deserve the love people write books about. He made me believe that I didn’t deserve anything special and that I should be satisfied with what he gave me. That man never thought about my needs and my wishes but he dared to take the right to think and to feel instead of me.

With him, I felt like I didn’t have any common sense and that he always had the last word. He took my sanity, my free will and my right to judge. He just wanted to transform me into a doll he would be able to control by giving her only crumbs of love from his table. And even it looked awful, for some time I thought that he was doing the right thing.

I was blind to see that he took advantage of me all that time and that I was just someone who was there to prove to him that he could be loved too and that he was not as broken as people thought.

Because of him, I stopped believing in stories about Prince Charming who would come when you least expected him and who would take you to the love land—the place where love is so real that you can almost touch it. Because of him, I lost all that was making me move forward.

And because of him, I learned to finally fight for my rights because I saw that he wouldn’t do that for me. Because of him, I made a huge step forward, starting to live my life again with the people I liked. I finally broke free from him, showing him that I could also have an option.

I finally made up my mind and moved away from his toxic hands, his sweet toxic words that could always trick me, and in losing him, I finally found myself. I realized that I deserved so much more than he could give me and for the first time in my life, I put myself first!

6 Important Life Lessons After An Excruciating Break Up

These 3 star signs will meet their great love in 2020.

This Is How Dangerous You Are Based On Your Zodiac Sign

These 3 Zodiac Signs Love Staying In Toxic Relationships in 2020

You Miss The Person I Used To Be