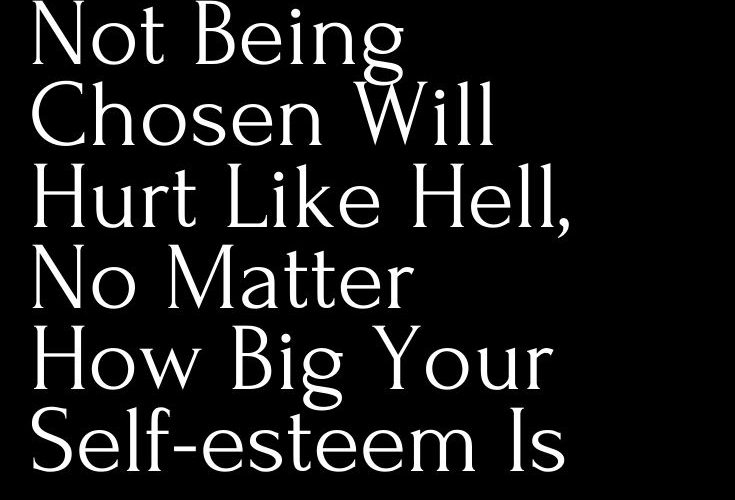 At the end of the day, we are only humans. We need other people in our life. We all want to feel like we belong – like we are important to someone who is important to us.

Still, we cannot force other people to be with us and to love us. Sometimes, no matter how much we try, we just can’t keep some people in our lives.

You must realize that sometimes it’s just not meant to be, no matter how much you want it to happen.

You should get comfortable with the fact that you’re not going to get everything and everyone that you want in life.

No one does. That’s enough for consolation, right?

Love isn’t that simple, nor is friendship. It is something that you can’t manipulate and in order to make it work, you have to fight for it every day.

That doesn’t mean that you should set some unrealistic expectations for love and friendship. You’ll feel helpless if it doesn’t work.

Some people won’t choose you no matter what you do for them and that’s their loss, not yours.

You’ll say “That’s easy to say, but it hurts badly,” when it actually happens to you. I know. I’ve been there myself. I was hurt also.

Me. The most confident woman ever. I felt hurt, angry, betrayed and crushed.

All those awful emotions were mixed inside me and I couldn’t see the real picture in that situation. All I saw was his rejection.

No one ever made me feel like that. Well, no one could because I had the best opinion about myself. My confidence was my strength.

It didn’t allow me to give up in any situation no matter how difficult it was.

Until then. The irony is that his rejection didn’t make me doubt myself, it actually made me curious about the reasons why he turned me down.

How could he do that? I was the most perfect girl for him. Actually, I was even better than that.

Every day I was blaming him for not seeing it. For turning me down when I was all he ever wanted. And I was sure of that, that’s why his rejection was so unclear to me.

I always considered confidence as one of my best character traits because I thought it’d help me to deal with any bad days and hurtful emotions.

I always thought that heartbreak is the worst thing a girl can feel. But I was wrong. The feeling of a rejection hurts even more than that.

It causes greater emotional pain and it can leave some psychological wounds that don’t heal so easily. I learned it the hard way, unfortunately.

Psychologists say that of all the emotional wounds we experience in life, rejection is the most common and painful one.

Being confident couldn’t help me. I was aware of my worth and I knew that I’d find someone else who’d choose me no matter what.

But still, it hurt. The pain I felt was so unexplainable. All I thought about were his reasons for turning me down, which part of me he didn’t like, and why he didn’t even want to try something with me.

After some time, I realized that we weren’t meant to be. And that was the only important thing I needed to know from the beginning. It was his choice and I couldn’t do anything about it.

Except letting go. And I did. I let go all of those awful feelings.

I hoped for a better future and for a man who’d want my love and be able to reciprocate it in a way I deserve.

And trust me, this is the best advice you’ll ever get: The faster you move on, the sooner you’ll forget all about the terrible feeling of being rejected.

But still, your self-esteem and self-love play an important role. If you are not confident, you’ll be more vulnerable to rejection.

People have every right and freedom to choose whoever and whatever they want. You can affect their decisions by doing some nice things for them, but you can never choose for them.

Rejection doesn’t mean that you are not enough. In most cases, the problem is the other person, not you.

You should never let the rejection get the best of you. Be stronger than that. It will pass and you’ll eventually forget about it as if it never even happened. 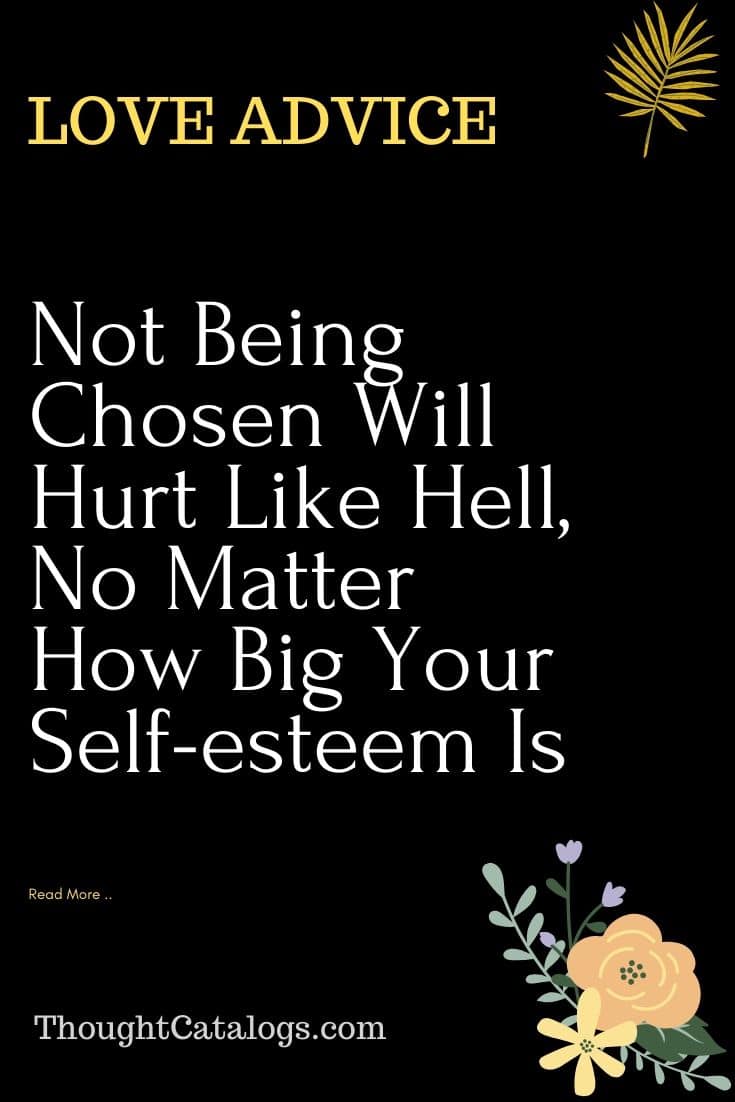