No One Will Ever Treat You Like He Did

One bad decision doesn’t have to influence how you perceive men. I know it’s hard to believe (especially after you have gone through some hard times but it’s true.

A year ago, I was in the same position as many of you maybe are now. I was broken down, worn and used. He used my kindness to boost his egocentric self.

I don’t even have to tell you how I felt about it. I lost all of my trust in men because I thought that this was the standard for all of them.

It turned out not to be the case. Not long ago, I met someone who showed me that real men actually exist. I know they are more like unicorns but they do exist, believe it or not.

I just want you to know that your current state is not what determines your future.

You may feel unworthy and unable to comprehend your own thoughts but this will not last forever.

You will rise up again and turn all the bad that happened into positives. You will learn a valuable lesson from your mistakes and you will never let anyone treat you like he treated you.

No one will ever make you feel less important!

You will once again realize how smart and beautiful you truly are. Him making you feel like you’re less important will be a thing of the past.

You will never let anyone make you feel like you have to fight for attention or their approval to be who you really are. You will know how to detect such poisonous men and you will not let that happen again.
You will not put your own happiness in front of his if he doesn’t seem worthy of it. No one will ever tell you what to do or how to feel because you will detect when they’re about to do so. And you will stop them.

No one will ever take you for granted!

Once you’ve been taken for granted, you know how humiliating and disrespectful it is. You’ll make sure this never happens again because you have learned a valuable lesson from your past mistakes.

You will never let anyone make you not worthy of being on the list of their priorities.

No one will ever treat you like his plaything that is there to entertain him.

You will not be someone whose main purpose is to be the object of manipulation or mind games. You will never, ever let anyone play tricks on you because you’ve learned the characteristics of such a player. And once you see them, you’ll immediately recognize them.

No one will ever force you into something you don’t like!

No one will lure you into their trap where you’re the one who’s constantly trying to show your affection toward them in order to make them feel good about themselves. You will be your own boss now.

You will no longer go beyond your limits just to show affection to someone who does not deserve it. If you sense that he’s trying to make you dance to his tune, you will know. And you will not let him play anymore.
You will stop his means of manipulation because you will always be one step ahead of his stinky game.

No one will ever make you feel unworthy of love!

No one will make you feel like you don’t deserve to be loved. The past has taught you the difference between selfish love and generous love.

The past has taught you that selfish love has nothing to do with real love and you will be grateful for such a lesson. You will never let anyone teach you differently because you’re the one who is in control of your own life.

Be sure that no one will ever treat you like he did. 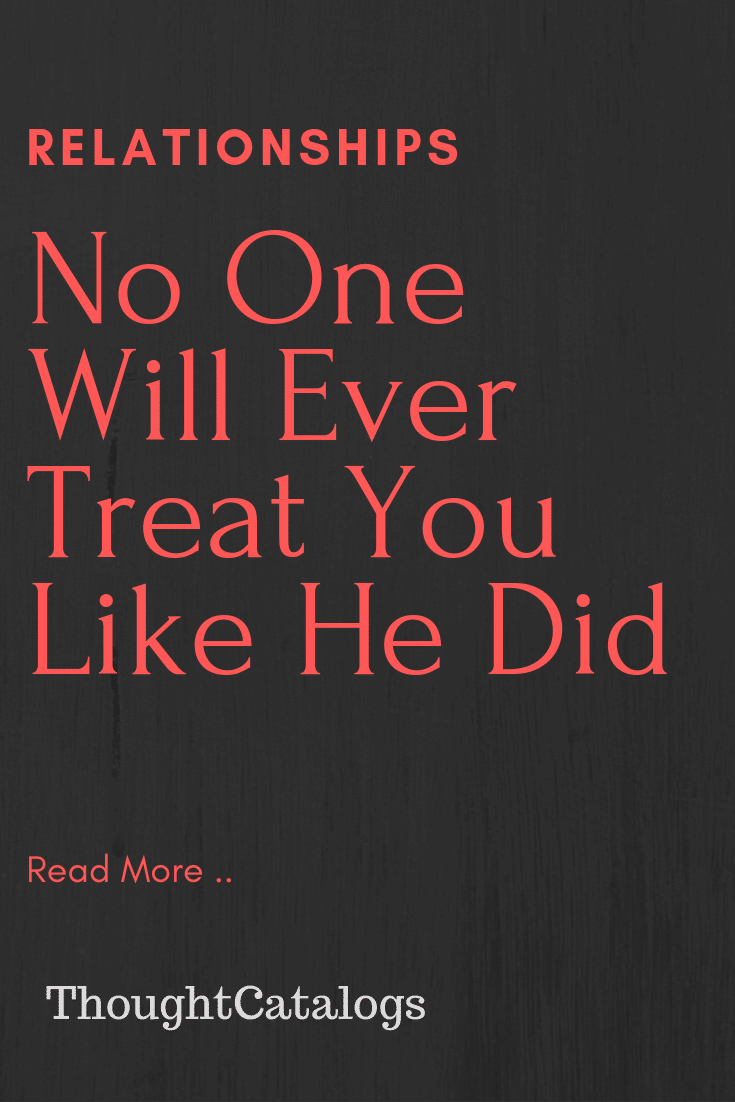 Boyfriends Ranked From Good To Total (According To Zodiac Signs)

CANCER Cancers are not the type of men who will simply jump from one relationship to another. They will completely devote themselves to one person....

The Toxic Person You Should Distance From In 2019, Based On Your Zodiac Sign

ARIES: March 21 – April 20 The one who tries to quiet you. You are filled with energy and light; you don’t need to surround...

I don’t think that I’m the one who needs to remind you about the way he treated you. You know it already and you...

Your Relationship Warning For May To June 2022, Based On Your Zodiac Sign

Aries: March 21st-- April 19th Withstand double texting him. If he wanted to speak with you, then he would have answered you by now. Taurus: April...

Virgos Don’t Get Angry Easily, but Once Done They Are Done

Virgos Don’t Get Angry Easily, but Once Done They Are Done
𝐓𝐡𝐞 𝐭𝐡𝐨𝐮𝐠𝐡𝐭 𝐜𝐚𝐭𝐚𝐥𝐨𝐠𝐬 is an Educational & Entertainment Platform theme. Our Team Publishes 100+ Content On Weekend/Monthly. We will motivate the needs of any person & make them inspire instantly You, Will, admit Once You Begin Your Journey With Us. The Thought Catalogs platform is a perfect choice.
© Copyright © 2022 - All Rights Reserved | TheThoughtCatalogs.