What I hoped would be my greatest happiness and my happily ever after turned into a lesson. But I’m not despairing. I’m accepting what happened to me and I’m learning.

This is the way things were meant to be. And I couldn’t do anything to change them.

It’s okay, I’m accepting the fact that you messed up my past but I’ve realized that thanks to it, I’m able to ensure I don’t mess up my future.

The men I will date after you will be better than you could’ve ever been. The ones who will come after you will know my worth. They will appreciate me and everything I do for them. They won’t make me feel like my efforts are in vain.

The ones who come into my life will like me the way I am. They won’t try to change me. They won’t constantly bring my flaws up, nor will they use every opportunity to belittle me. I know this because this time I will be the one choosing them.

This time it won’t only be my heart involved in the decision-making process. This time, I’ll use my brain too.

The ones who come after you won’t know you ever existed. I won’t talk to them about you. I won’t punish them for your mistakes, nor will I let them see my bruises. I’ll heal on my own before I choose to let anyone else in.

Nobody will ever see your traces on me because otherwise you’d win. I can’t let that happen.

The men who will date me after you won’t hurt me. Because, thanks to you, I’ll choose wisely from now on.

The ones who come after you will thank whoever made me this way. They’ll be grateful to whoever made me a mature woman and that’s what will hurt you the most. Because what should’ve been your victory turned into your ultimate defeat.

The one who will actually be my happy ever after won’t be toxic. And he’ll be everything opposite of you.

It strikes me that one man’s trash will be another man’s treasure. And only then will you realize what you had… What you had and what you lost. 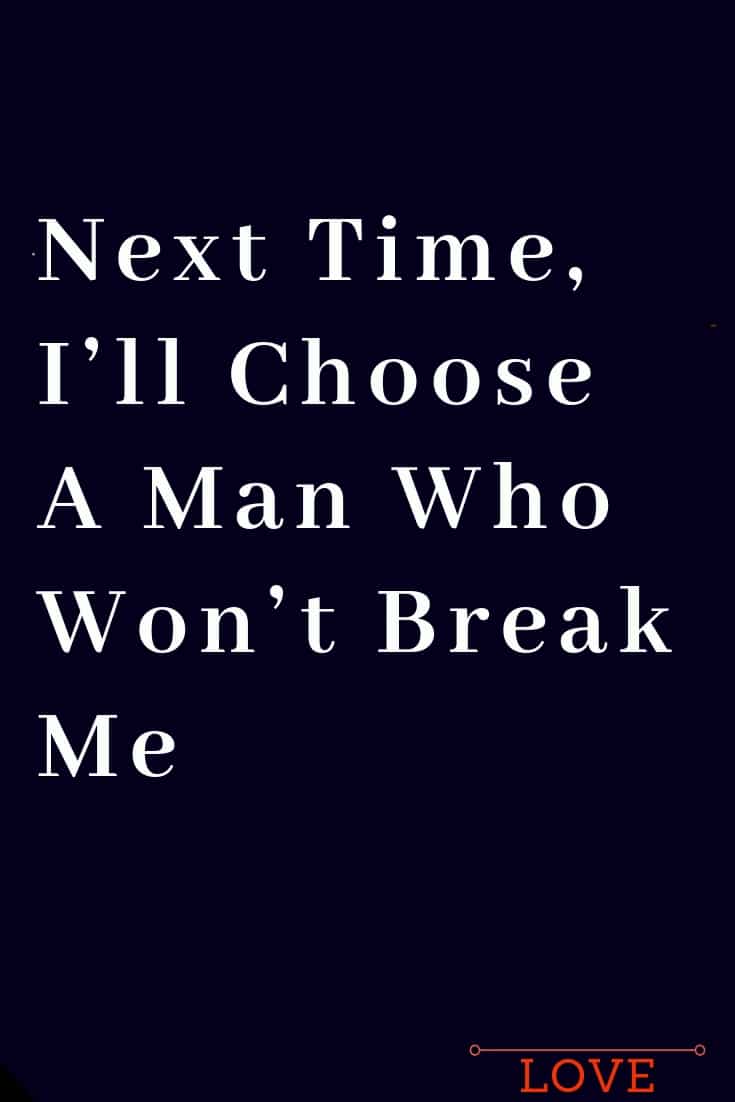