Next Time I Fall In Love, I’m Trusting My Gut, Not My Heart

Why is it that heartbreak ages us backwards and turns us into emotional teenagers? Why is it that when our girlfriends comfort us, they put in our minds ideas like, “Maybe he’ll come back!” “Maybe he’s not ready!” “He definitely liked you!” “It’s not your fault!” and a million other statements that don’t help us move on.

It’s an age-old problem that we women have. We’ll get dumped and in order to comfort us, our girlfriends will eat a pint of ice cream with us while watching some unrealistic rom com and tell us how much of an imperfect fit he was. Like, hello? Where were you five months ago when I asked you if you liked him? Why didn’t you let me listen to that voice in my head that kept saying, “Run!” Why did you convince me to give it a go if you didn’t think it would work out either?

I’ll tell you why: I wouldn’t have listened. I would’ve let myself go through the exact same self-deprecating cycle that I go through time after time because I’ve somehow managed to convince myself that this guy will be different because I really, really like him or because he has fed me some BS line, like “I’m different than all the others. Or my absolute favorite: “I promise I won’t hurt you.” God, if I had a dollar… Guys follow the exact same script and I still manage to fall for them like an idiot.

It’s time for me to accept blame for my role in the mess that I inevitably end up in post-breakup and choose better guys. No more charming yet inconsistent types that feed me empty words. No more flaky, unpredictable types with excuses so absurd that they’re believable. No more “I don’t know how to deal with your ‘girl’ feelings” types. Clean slate. I need to have better standards and I need to start making better choices in love.

And most importantly, I need to stop ignoring that voice in my head that makes me feel uneasy early on, because if I’ve learned anything from dating and watching my girlfriends date, it’s this: Trust your damn gut. 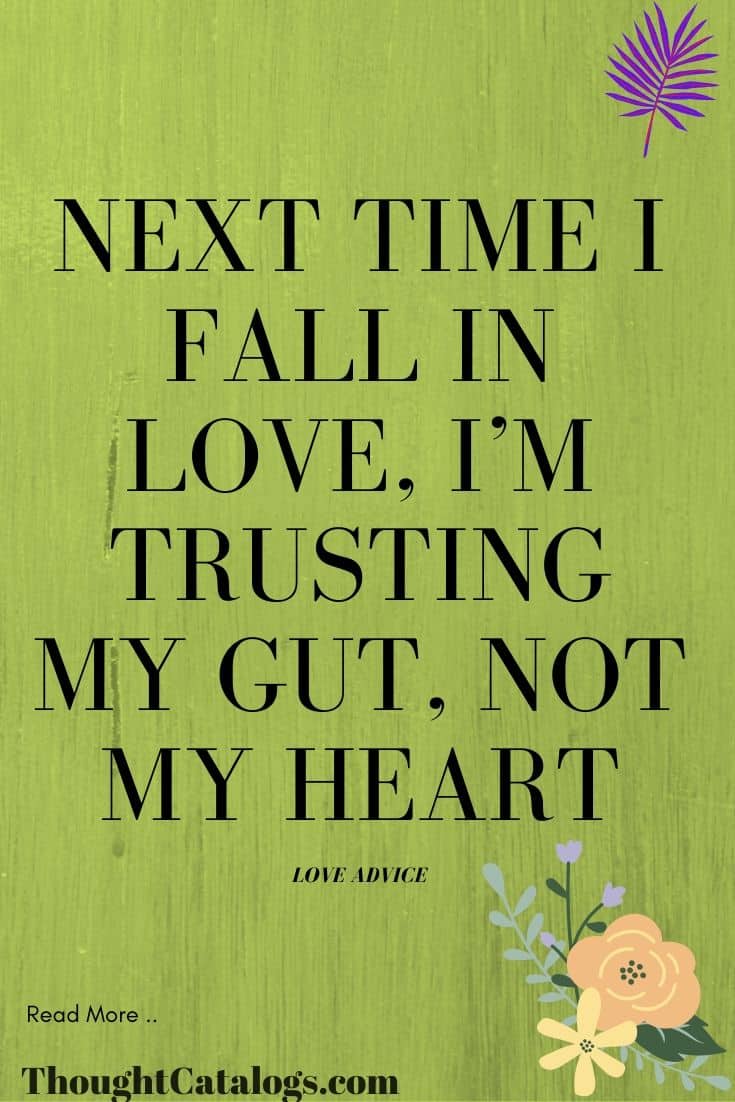 How to finally make the good meet ups with a woman