The planets are in motion again, and this time, Mercury is going retrograde for November 2018. This is not a very good sign. The retrograde begins on November 16th at 13° Sagittarius and continues until December 6th at 27° Scorpio.

It will square Neptune this time, and that brings a lot of problems with communication. If you are traveling, you might get anxious and lose items along the way. Plus, the Moon conjunct increases the confusion that the Mercury retrograde brings. This is the time for all of us to be very careful!

This retrograde brings a possibility of the real thing becoming poisoned. So while there might be media coverage and crackdown on big companies, the media itself will be investigated for political bias. So it seems like nothing could be trusted during this period. It is especially for this reason that we should be aware of what happens during this retrograde.

During this retrograde, Mercury will square Neptune and that invites confusion. You can’t even make some decisions without overcomplicating things. Even when you are receiving or giving information, you won’t be clear and the lack of transparency will only make it more difficult for communication. So, if you are talking to your family, adhere to facts. Don’t let imagination color your speech. You must remind yourself that scandals are just around the corner. Any white lies, even for the little things, may get you into trouble. If you are really struggling with business decisions, it’s time to go for professional advice.

People will be looking to harm you. In your confused state, you might end up believing in conspiracies or weird religions, and that’s what people are looking for. Psychic vampires would try to look for your weakness. Avoid salesmen or loan sharks. Try to deviate your mind with dance and poetry. Don’t go for alcohol or drugs this retrograde. They would make it worse.

When the Moon is in conjunct with Neptune

With the Moon in conjunct with Neptune, your emotional sensitivity will begin to heighten. That’s not a good thing when you are already confused. You’ll pick up negative thoughts easily and it’ll make you sick and vulnerable.

We all dream but the confusion might end up making it difficult to separate dream from fantasies. Once dreams become fantasies, it can result in paranoia, which spirals to self-destructive behavior, like drug abuse. Even though romance is a possibility, be sure to separate between fantasy and what is real to avoid painful rejection.

The Mercury retrograde will square Neptune and Moon which suggests poisoning and contamination – that is where drug abuse can lead you. So it’s time to take care of yourself – you might develop low immunity for some time, so eat healthy. If the media talks about the harm related to plastics, understand it but don’t delve into conspiracy theories too much. They’ll drive you crazy.

There’s good news however. Heightened emotions will make you more empathetic. You can connect more with the isolated and the suffered. With your emotional connection, you can heal them or make some changes in their lives.

The Moon squaring Mercury will result in an increase in a lot of disagreements. This might be due to your narrow opinions. You might be developing opinions on every little issue and would not allow any other view to come in conflict with yours. It’s not the right way to go about it. Emotional biases will affect your arguments.

This Mercury Retrograde will square Moon and Neptune which is bad news for media and the way the public sees it. Their way of influencing people will come under check and their political biases will get uncovered.

Mercury retrograde conjuncts with fixed star Alwaid at 12°12′ Sagittarius. This Nebulous Star is in the Dragon’s Eye and that signifies violence, property loss and crime. Good news is, the orb is over 10 and won’t have much influence. Fixed stars don’t have much impact most of the time and when it’s spread over for a long time, November 10 – 22 this time, the impact diminishes further. Thankfully, it’s almost negligible this time.

When Mercury station becomes direct on 6th December, it will end the confusion of the previous period. So there will be some changes now. Your plans will undergo changes, and lesser confusion will help you create them better. You’ll be accepting new ideas and this might create some confusion but it’ll help in the long run.

Along with that, Mercury will direct trine Chiron bring higher empathy and awareness. Put it to use – people will begin to listen to you and that will heal you from the troubling times of the past. It’s time to bring about resolutions to some relationship issues that the retrograde brought. Pick up those pending legal and business matters – it’ll be easy now to make something out of them.

This Mercury retrograde will not be a great time. There will be too much confusion and too many trust issues. But let’s be a bit careful and try to stick to what we know is true. Best of luck – may you get through it just fine. 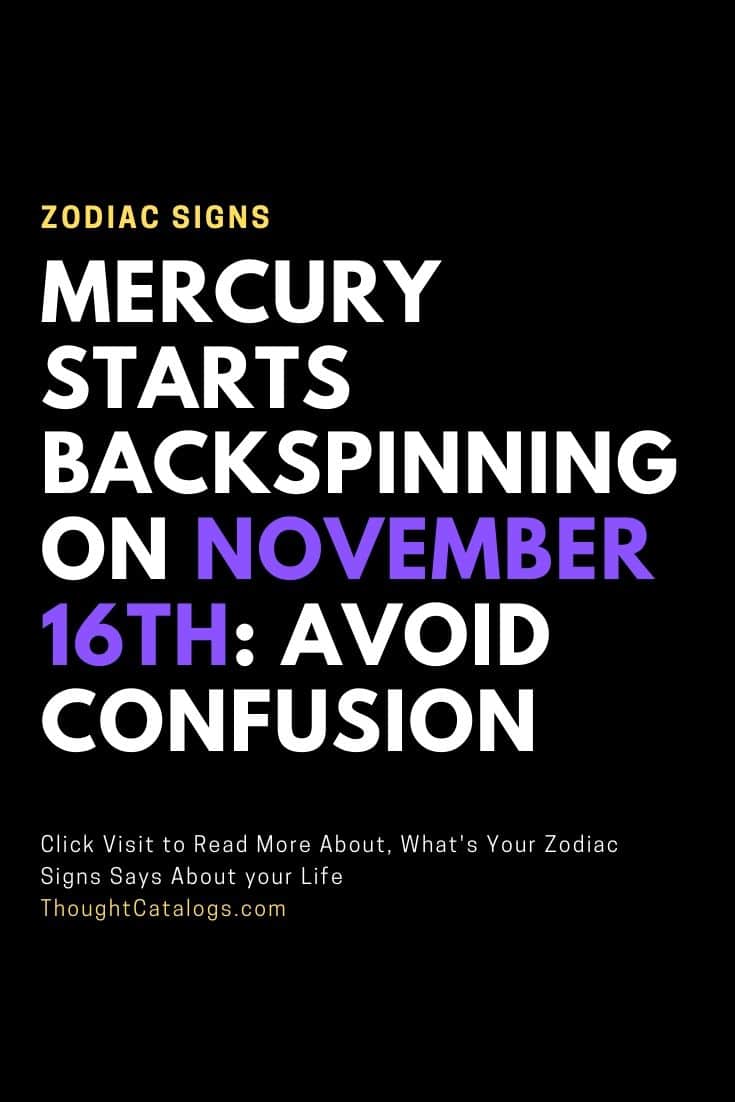 Soul Tree Astrology: Which Tree Did Your Soul Fall From? The Answer Depends On Your Birth Date

5 Most Effective Crystals To Amplify The Full Moon Energy