I’m sure you’ve all heard about Mercury retrograde and the devastating effects it has on each zodiac. Being a planet which rules communication, technology and thought, you can only imagine the impact it this can have on all of us.

However, what is it that is actually happening during this period? What are the phases of Mercury Retrograde, and what can you expect in each one of them?

This was the date in which Mercury entered the retrograde in Leo. This was the time when most of the signs were affected by the dramatic and passionate zodiac: Leo.

Most of you were oriented towards your ambitions, and you felt like you could achieve everything. On this day, your self-confidence was at its peak which is characteristic for Leo. On the other hand, Leo rarely takes anything calmly, so it was also possible to have a day full of unnecessary drama and tension.

The next day, Mercury met with Mars. As you already know, Mars is the ruler of war, and when communication and war encounter, only one thing is possible: pure chaos!

This was the day in which hell on Earth broke loose. You were saying things you didn’t actually mean, and you had trouble putting your emotions into the right words.

On July 19, the situation will change because Mercury enters Cancer which is the champion of emotions. You can expect your mood to change every instant and to feel like nobody in this world gets you.

Also, prepare to be extra sensitive. You’ll be easily insulted, and it is quite possible to enter into different confrontations with people who actually mean you well, but you fail to understand their intentions properly.

Before acting on anything, take a deep breath. Don’t forget to reevaluate every situation and conversation before drawing a conclusion.

This is the day when Mercury will meet the Sun who is the ruler of ego. During this period, your confidence will go way back up.

Even though this is a great thing, don’t expect everyone to fall for your charisma. You’re not always right, as much as you’re trying to be.

Instead of wanting everything to go your way, don’t forget to compromise and meet others half way. There is no need for you to be stuck up and convinced that you’re always right.

On July 24, Mercury will encounter Venus which is the ruler of love. This meeting equals a huge impact on the communication in your romantic relationship.

The same goes with those of you who are single. Be careful about admitting your feelings to anyone you’re not sure about because this could be just the stars talking on your behalf.

When this encounter happens, you’ll have a special need for love and belonging, and that is not a reason to jump into a relationship you haven’t thought through. If you’re not certain about your actions, the best idea is to let this period pass.

This is the date in which Mercury will have a meet-up with Moon which is the ruler of emotions. It is possible that you’ll remember an old flame or that all of a sudden, you’ll start missing someone from your past who once meant a lot to you.

Remember that this person isn’t a part of your present life for a reason. There is no need to reopen some old emotional wounds because this is just nostalgia talking.

On July 31 starts the period of post-retrograde. However, this doesn’t mean that you’re off the hook.

Mercury’s impact will still be felt in this period, so it’s time to remain careful when it comes to your communication with others. Nervousness and anxiety might appear, and it is up to you to be in charge of them the best way you can.

This is the day when this post-retrograde period will finally be over. You can be at ease because your troubles are coming to their end.

On August 11, Mercury returns to Leo, which means that this entire retrograde period is done. Now is the time to take your life back into your hands because you’re safe to start making decisions again (just don’t forget rethinking the ones you’ve made so far). 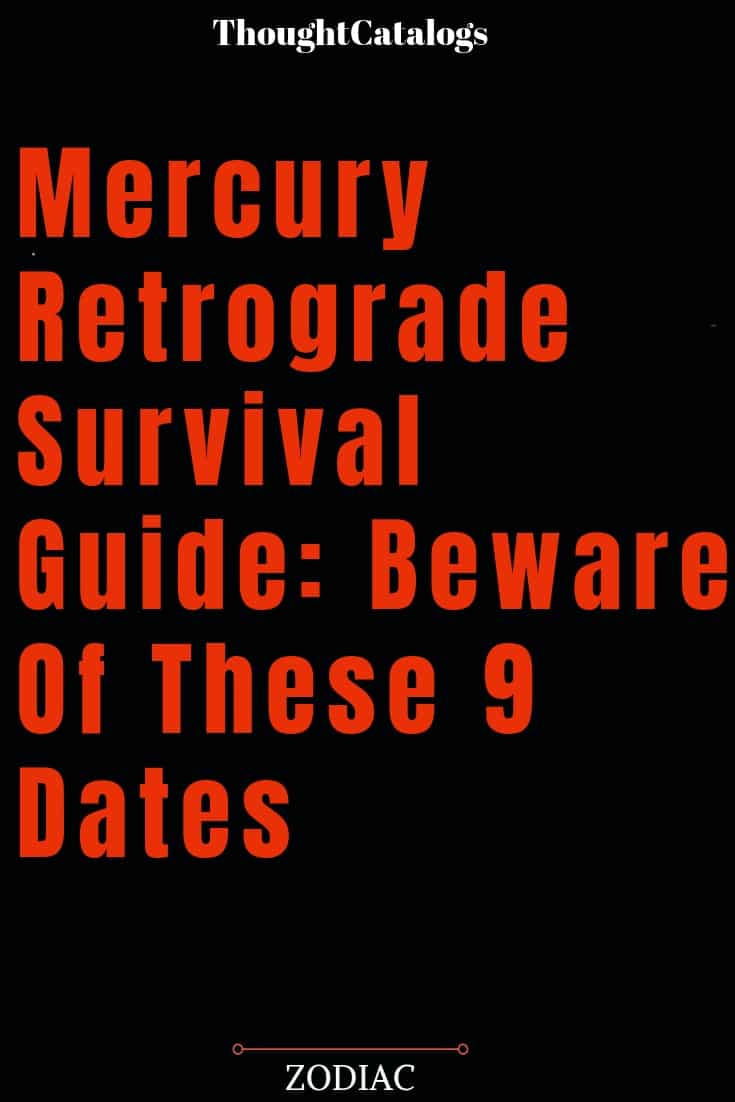 This Is The Moment When You Should Give Up On Chasing Him, According To Your Zodiac

These 3 Zodiacs Who Absolutely Hate Catching Feelings In February & March 2023, Based On Zodiac Sign
4 hours ago

These 4 Zodiacs Who Will Walk Away If They Catch You In A Lie In 2023, Based On Zodiac
4 hours ago