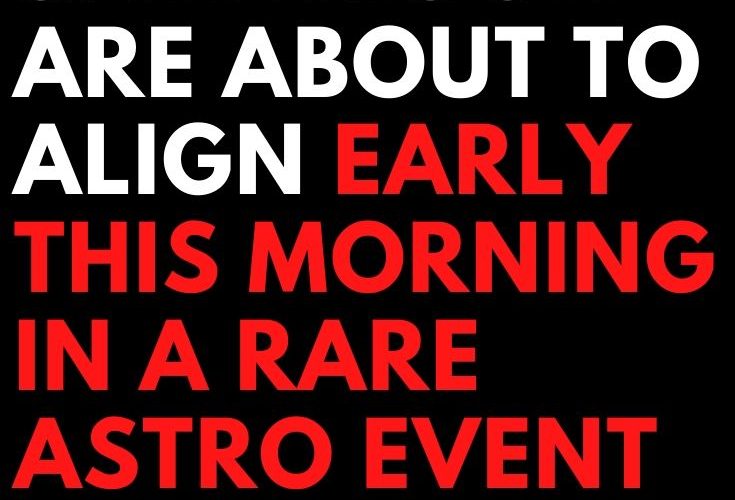 Mars, Earth & The Moon Are About To Align Early This Morning In A Rare Astro Event

Early birds in North America will have the chance to witness the alignment of the Moon, Earth and the planet Mars.

We have all heard of Lunar and Solar Eclipses, but rarely anyone out of the astronomy circles knows what a Lunar Occultation is.

For those who have never heard about it before, Lunar Occultation is when the moon, Earth and a planet align. This time Mars will become invisible as it appears it will be passing right behind the Moon.

This is actually a pretty rare astronomical event as only a few take place in a decade including every spot on Earth they are visible from.

Time and weather are two key factors when witnessing the Occultation this morning. You don’t even need extra equipment as the moon and Mars are bright enough to see them with the unaided eye. Of course, the time when Mars will disappear on one side of the Moon and the reappear on the other side greatly depends on where you are watching it from.

Astronomy lovers on the East Coast will have the hardest time seeing the even as it will happen when the sun is already out.

However, if you live somewhere in the Midwest, then you will have a better shot at seeing Mars disappear on the night sky, and reappear just before the crack of dawn.

The best place to see the Occultation will probably be the western part of the U.S as it will happen while the skies are still dark. The Occultation will start while Mars and the Moon are still below the horizon, but Mars will rise from behind the moon just before the first sun rays light up the sky. The weather will also work in favor of those living in the Southwest, as a far-reaching storm may prevent you from seeing the short-lived event in the north, east and central areas of the U.S.

As we said, you won’t need any special equipment but if you want to see it better, just grab a simple pair of binoculars and you will be good to go.

After all, this is one of the rare astronomical events of 2020 and the only one of its kind that people in North America will be able to see. 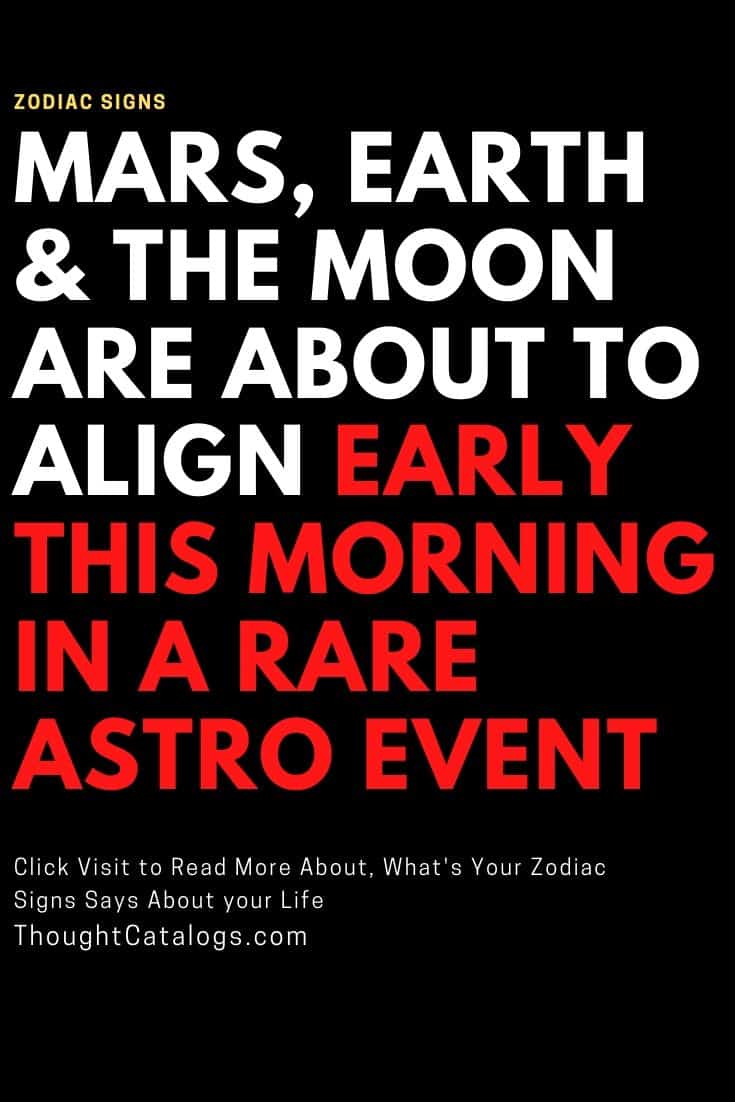 Science VS Astrology: This Is How Your Birth Month Affects Your Life