I know you’ve been through a lot with this guy. He was a man you loved more than yourself and a man you probably still have deep feelings for.

Every memory you have from the last couple of years is connected to him. He was there next to you, holding your hand through every good and bad thing that happened to you. He was there while you were growing to be the woman you are today, there to wipe away your tears when you needed him and there to put a smile back on your face.

When you first met this guy, he was everything you were searching for in a man. He was a dream come true—a caring and loving boyfriend, who was putting effort into your relationship. You really thought that he was your true soulmate and your Mr. Right and you couldn’t have wished for anyone better than him.

However, after years spent together, he changed. All of a sudden, it was like he became someone else and there was no trace of the man you once loved.

Maybe he started taking you for granted, thinking that he didn’t have to try around you anymore. Maybe he got tired of your relationship but didn’t want to end things because he felt safe around you.

Or he was like this all along. Maybe you’d just taken your rose-tinted glasses off and finally saw this guy for who he really was all along.

Either way, the two of you have parted ways. You were convinced that your story had reached its end and that you should move on with your life and leave this man in the past.

All of a sudden, this guy was acting as if he was ready to do whatever it took just for things to go back to the way they were. He kept giving you these promises, telling you that he’d go back to being the man from the beginning of your relationship, the man you fell in love with, and he started asking for one more chance.

So now, you don’t know what to do. Should you try it one more time, for the sake of everything the two of you been through or should you tell him your final goodbye?

Although this decision is only yours, let me tell you just one thing—you don’t owe this man anything. You don’t have to go back to him just because the two of you have a history together, if you don’t see yourself next to him in the future.

You don’t have to go back to him just because everyone around you expects you to or just because you think you’ve wasted years of your life on someone who ended up being only temporary. You don’t have to do it for the sake of the love the two of you used to share or for the man he once was.

What you guys had was great while it lasted. Nevertheless, things between you ended for a reason, right?

Please, don’t fool yourself, thinking that everything will be different this time. The reason for your break-up didn’t magically disappear and time didn’t erase all of your problems.

I know you are convinced you still love this man but trust me that the truth is quite different.

Trust me that you don’t actually love him—you love everything the two of you had and you love the memory of him.

With time, you forgot all the bad things that went on between the two of you and you forgot why you split ways. Only the beautiful memories remained and it is obvious that you feel nostalgic about those happy times. Nevertheless, nostalgia is not the same as love.

This relationship is nothing more than your comfort zone. This man is familiar to you and you are afraid to go through life without someone you got used to so much.

Nevertheless, you shouldn’t feel this way. It seems that you forgot how strong you actually are.
It looks like you are not aware that you can make it without him just fine. That you don’t need him or any other man to give your life meaning.

So please, instead of going back to him and trying to revive this old flame for all the wrong reasons, be brave enough to jump into your future without him. Be brave enough to write a new chapter of your life by yourself. 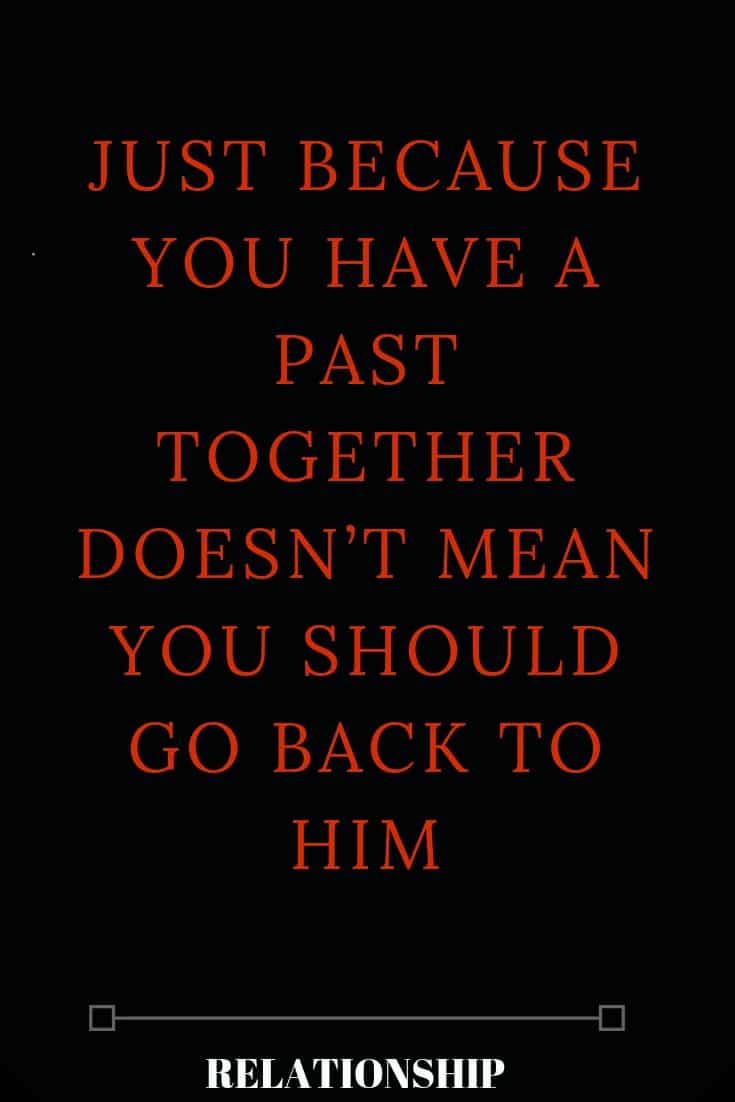 1. He calls and texts first without making a fuss about it If your man can’t be bothered to actually text you first every now...

What Each Zodiac Sign Hates The Most About Long-Distance

Aries You hate sleeping alone instead of having someone to cuddle at night. Taurus You hate looking to your future together instead of actually enjoying your present. Gemini You...

It is true that you need a little bit of clinginess here and there in every relationship. But it is also important not to...

As I finished packing up my belongings, I grabbed one last box and glanced over the memories we had once shared. The memories that...

TAURUS They are as stubborn as bulls. When they set their minds to reveal what they want or how they feel, think me, they will...
𝐓𝐡𝐞 𝐭𝐡𝐨𝐮𝐠𝐡𝐭 𝐜𝐚𝐭𝐚𝐥𝐨𝐠𝐬 is an Educational & Entertainment Platform theme. Our Team Publishes 100+ Content On Weekend/Monthly. We will motivate the needs of any person & make them inspire instantly You, Will, admit Once You Begin Your Journey With Us. The Thought Catalogs platform is a perfect choice.
© Copyright © 2022 - All Rights Reserved | TheThoughtCatalogs.