January 2021 Help Us Test The Waters Of The New Year?Based on your Zodiac Signs

After an unpredictable year filled with rare cosmic events, we have stepped into another intense year.

While the last year brought many changes on the personal and global levels, 2021 will be more calm and stable. January will have a few exciting events in the second half, including the first Mercury Retrograde of the month. Let’s see what else awaits us!

For the second half of 2020, Mars was in Aries. On 5th January, it will shift to Taurus, and many conflicts and delays from last year will come to an end. Mars spent quite a long time in Aries, and we had plenty of lessons, especially with the Retrograde thrown in. Now it is time to move forward.

The New Moon will be rising in Capricorn this 12th at 23 degrees. In January 2020, the Saturn-Pluto conjunction also took place in this degree. Past wounds from this time might resurface. We might also receive new insights related to government restrictions and the pandemic.

This Moon will help us gain a fresh perspective where we can access new information. This will be a great time to start ambitious plans with the energy of Capricorn blessing us. This energy can be used to fuel rebirth and growth. Make sure you draw up new goals and plans for the first New Moon of the year!

The last and final Mars-Saturn Square will be happening this month and bringing some closure to the previous events. Heightened tensions and old wounds reopening can be expected around this time. The people can go against the establishment too. This tense energy can also work to motivate and strengthen us.

When the planet of expansion squares the planet of change, rebellious energy will flow. Expect new insights and information to surface that will require us to make swift changes. This energy can also be used for awakenings and seeing things from a better perspective. With a new vantage point, the things we look at will also change.

It is believed that the end of 2020 ushered in the Age of Aquarius, where technological advancements and humanitarian efforts will take the center stage. Now, as the Sun shifts to Aquarius this month, the energies will be all the more palpable. Use the healing energy of Aquarius to look after your community. Let it cleanse you and push you towards the higher collective.

As the Full Moon rises in Leo on the 28th night, the Sun will align with Jupiter. Together this will create positive energy that reverberates throughout. For your Full Moon ritual, don’t forget to call upon the abundant energy of Jupiter. While most of it will be bright and positive, there will be some wildcard energy as well. Don’t let your ego get the better of you. If you receive new information, don’t let it throw you off-course. Use the overall energy to embrace your leadership qualities and step out.

January 2021 will witness the first Retrograde of the year on the last day. This Retrograde will be active till 20th February, which will give us some to slow down and reflect. Think about the things you are already dealing with, instead of adding more to the mix. 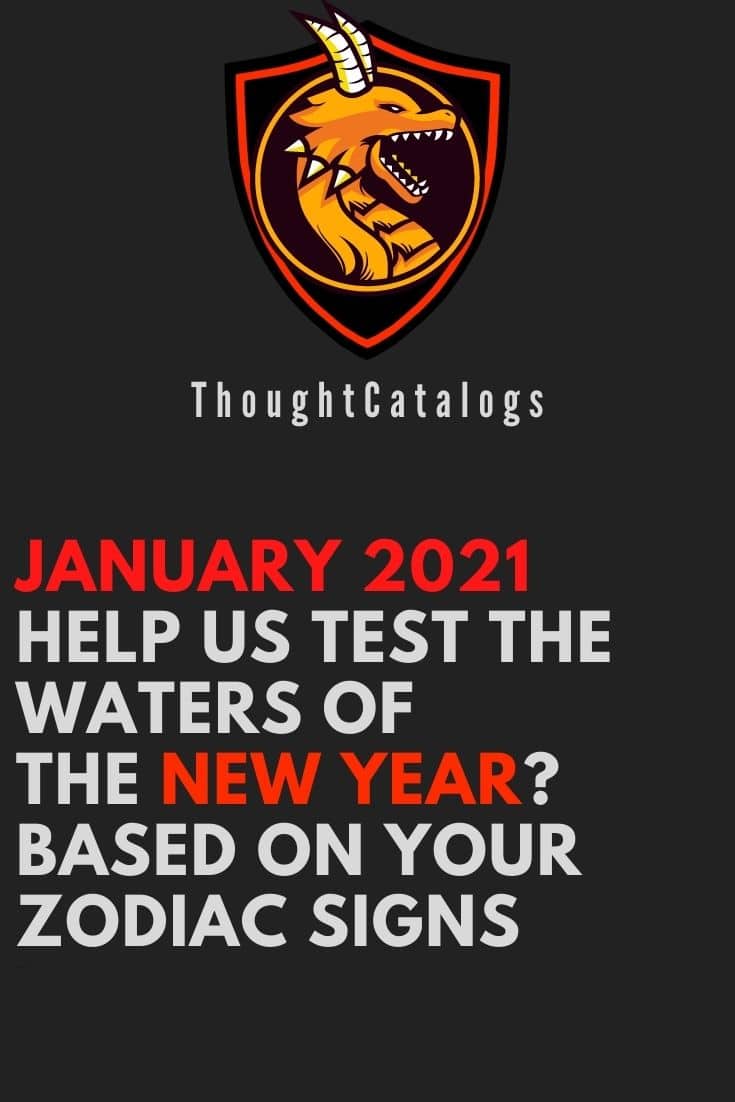 TO THE MAN WHO HAS MY HEART

I remember every detail of the summer night when you left me. That loud sound of a church bell and the unbearable hotness, and...

What better means to start a month than learning more about your indication being detailed amongst the zodiac signs that would certainly have the...

10 Things That Should & Shouldn’t Happen In Relationship

A lot can happen in a year. Think about all of the cups of coffee, take-out pizzas, movie nights, girls nights, and busy work...

Saturday will be an auspicious day for travel, entertainment and hiking, gathering with friends or family, and all those fun-filled things. You can shop, pamper yourself...

On Sunday, many will travel for the weekend or will plan (arrange) a trip that will take place by the end of the year. The...

The 6 Zodiacs With The Worst Trust Issues In 2021

Which Marvel Hero Or Villain Is Your Soulmate, According To Zodiac Sign

Be Brave Enough To Break Your Own Heart

Taking care of Expectations In Your Collaboration

How To Be A Good Girlfriend: Raise The Bar With These 20 Simple Tricks!

Nsa Relationship: What It Is And 13 Golden Rules To Follow

Cancerians Have Such Control Of Imagery, And Their Moods Are So Intense, They Can Make You Feel Them, Too.