But that doesn’t end once you’re in a relationship.

Even though your person should know how you feel after years of dating, that isn’t an excuse to stop saying those three little words or stop dropping compliments or stop surprising them randomly throughout the week.

You can’t cut down on the romance as soon as you’re in a committed relationship because you feel like you’re finished, like your work is over, like they aren’t going to leave so there’s no point in spoiling them anymore. You should be spoiling each other because you love each other. Because you want each other to be happy.

I’m slowly learning effort can make or break a relationship. Even though it’s natural to stop trying so hard once someone becomes a permanent part of your world, you should never take them for granted. You should never stop appreciating them. You should never treat them like an afterthought since you’re confident they aren’t going anywhere.

Over the course of your relationship, there might be periods when you’re overwhelmed with work or distracted by family issues or caught up with other responsibilities that are thrown at you, and that’s okay. That’s bound to happen. But overall, you should always keep your relationship high on your list of priorities. You should do your best to assure your partner your feelings haven’t changed, you’re just as crazy about them now as you were at the start.

It doesn’t matter if you’ve been together for three weeks, three months, three years, or three decades. You should still be putting effort into your relationship — and your partner should be doing the same. 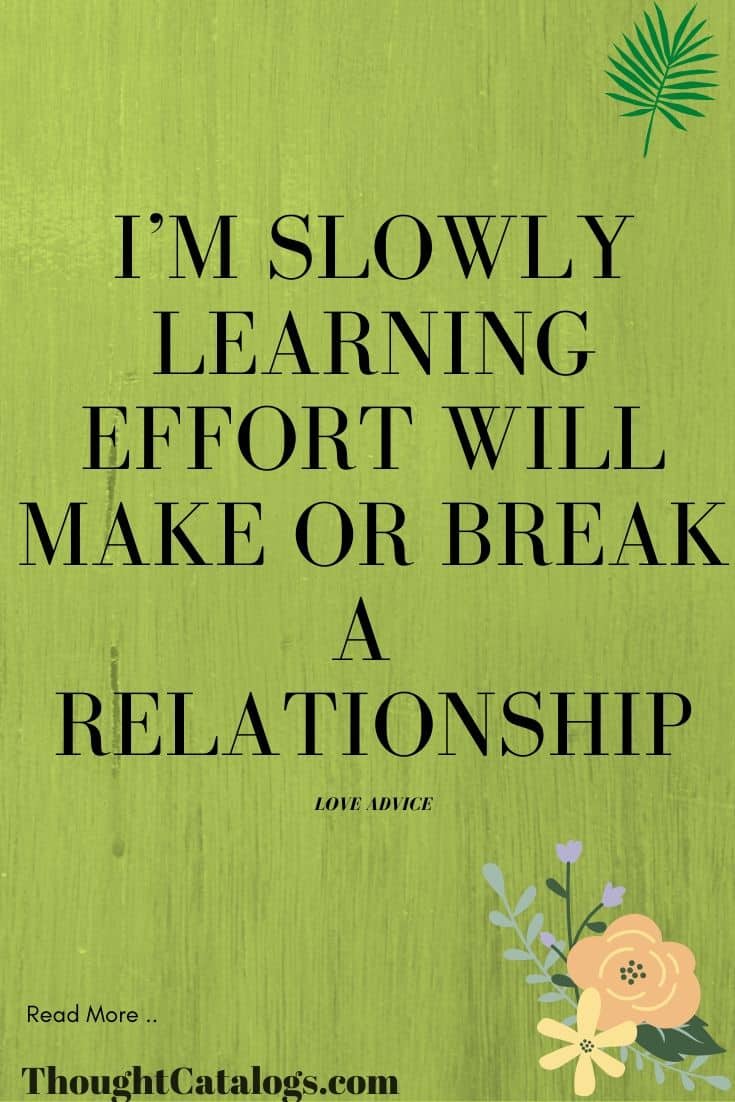 What Am I Supposed To Do With All This Leftover Love?