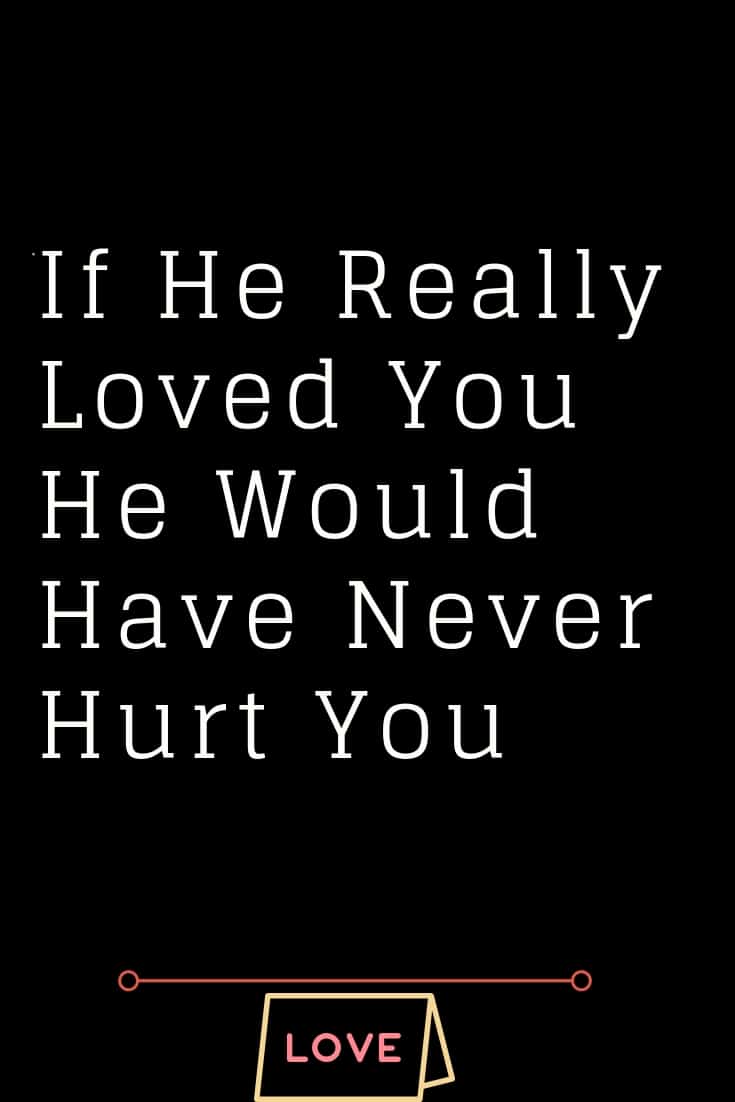 You have never been someone to give up on things easily. You would always stay and fight until the end because you have learned that it’s the only way to become stronger. You stayed on this battlefield for too long, now it’s time to pack up your bruises and leave. If this was real love, you wouldn’t be hurt.

If he really loved you, he would have never hurt you. Love is supposed to be easy, so even with hard work and dedication it shouldn’t be sucking the life force out of you and making you believe that it’s supposed to make you cry. That’s not love, that’s abuse in its finest form.

He saw how much you loved him so he took his chances. For someone as delicate and gentle as you are, there is nothing bad in other people and you forget that there is often something evil on their minds. You forget how important it is to keep your guard up for a while—not because you have trust issues but because you are taking caution when it comes to love. You should watch out for those strikes that are directed at your heart.

He couldn’t keep your heart whole. He shattered it into millions of pieces, over and over again. He never even thought about how you might have felt and he doesn’t think about it today. That’s what happens when someone doesn’t love you enough to treat you the way you deserve.

You really thought that he was different, didn’t you? You saw something in him. Maybe it was the way he would say your name or the way he made you feel when you two were alone but taking into consideration what he did, he’s no different from all the men you’ve dated before. Because they all broke you, without hesitation.

You would cry. A lot. Whenever he would come home in the middle of the night smelling like another woman, touching you with hands that touched someone else just minutes before, whenever he told you that you should stop crying because you were ‘too emotional’ and that your emotions weren’t real. These were all the situations that led to today, where you’re devastated because you’re holding out your hands, holding all those pieces of your heart that you don’t know how to heal.

But look at yourself now! You are a warrior who survived her biggest battle yet! You survived the battle where you felt the biggest pain that someone has ever felt—which is the pain that’s left behind when someone shatters everything you are. You are stronger than you ever were before and if you continue walking further away from him, you will heal and I wholeheartedly swear that you will be fine.

Give yourself time to process all those things that happened. Realise that you have learned something new and that you won’t be settling ever again. But the important part is for you to be aware of the fact that no one who holds you in their heart will treat you with disrespect or dishonesty and especially not with dirty hands.

So, don’t keep on mourning over a battle that you had to walk away from. Be happy that you were able to escape alive and that all those wounds, bruises and scars have taught you something. They will heal eventually. Just take it slow. Show yourself that you are not dependent on a man who only knows how to damage you and your relationship.

Until the next time someone comes around and offers to love you, you will know the first signs that say you are not safe with him. But someone whose hands are pure and whose hands want to touch you with joy, love and gentleness will be there to show you how wonderful and unbelievable true love can be. He will show you that you do not hurt the people you love.

Why People (Wrongly) Assume You’re Lazy, Based On Your Zodiac Sign

How To Choose The Best Gift For Each Zodiac Sign