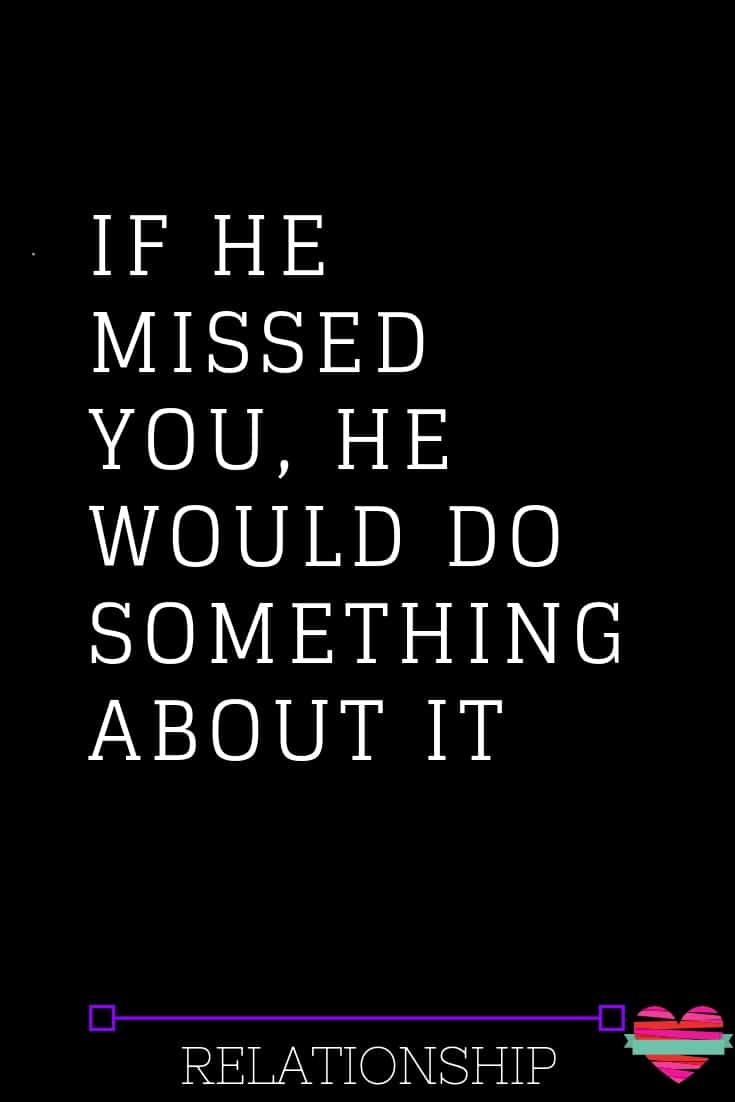 Facebook
Twitter
Pinterest
WhatsApp
Linkedin
ReddIt
Tumblr
Flip
Copy URL
There you are, spending another sleepless night thinking about this guy. What has he been up to? Do you ever cross his mind or has he has he forgotten all about you? Does he replay back and forth back and forth all of the beautiful memories the two of you shared? Does he look at your old photos and listen to the songs which remind you of him? Does he catch himself daydreaming about you? Does he think about you every single day, the way you think of him? Does he wish for you to come back to him? Is he ready to give your relationship another shot? Is he convinced that you two would two would make it this time, the same way you are? And then, after all these thoughts, you can’t help but wonder if you should be the first one to call him. Should you be the one to put an end to this agony and to spare yourself the doubt? Because everything is better than not knowing and wondering what the other side might feel.   After all, maybe he is thinking about you as well. Maybe he is lying in his bed at this exact moment, missing you the same way you miss him. Maybe he regrets everything he did to you. He might be sorry for all the pain he made you go through and he probably realized his mistake. But he is just convinced that you could never find the strength to forgive him, so he thinks that it is better for him not to do anything. It is clear that he is too proud to make a move. Or he is scared that you’d reject him after everything that went on between the two of you. After all, he’s always been like that—he pretends to be this tough guy but deep down, he is a coward when it comes to expressing his feelings. He is someone who represses his emotions and even he himself might not be aware of the fact that he misses you like crazy.   Bullshit! I have to be harsh with you but the truth is that this guy doesn’t miss you at all. And you probably don’t even cross his mind. He doesn’t remember your anniversary, he doesn’t feel butterflies every time he sees someone who looks like you and he doesn’t search for you in every other woman. So please stop making excuses, stop lying to yourself and look the truth in the eye. Because if he missed you, he would do something about it. He would make a move and he would ask for your forgiveness. Anything else is a part of your self-deception. I know you would do anything just to have this man’s confirmation that you still matter to him. Even though you don’t want him back, it is nice to hear that someone you miss like hell misses you too.   But this simply isn’t the truth in your case. This guy obviously left your relationship in the past, where it belongs, and it is about time you do the same. So, stop thinking about his pride and ego. Because if he missed you, there is nothing that could prevent him from doing something about it. He would forget about all the spite and about all of his principles because the love he felt for you would be stronger than anything. If he missed you, he wouldn’t be living the life of a bachelor he is living now. He wouldn’t be sleeping around and he wouldn’t have replaced you so easily. If he missed you, he would have come up with an excuse to contact you a long time ago. He would have made an effort to get close to you and to get back together with you awhile ago.   If he missed you, he would have picked up all of his strength and he would have called you, asking you to come back. He would have called you or shown up at your doorstep. He would have done SOMETHING. But he hasn’t done anything since the two of you broke things off, has he? He never reached out and you never heard from him in any way.   So, why do you keep getting your hopes up? Why do you keep wasting your time fantasizing about something that is clearly not real? Why do you keep waiting for something that will never come? Why do you keep holding on to the past when deep down, you know it is about time for you to let go? Please, get rid of the memory of this man. Bury all of your false hopes, cut all ties with the past and start living in the present and in reality. I know that admitting to yourself that you don’t mean anything to someone whom you still deeply care for is difficult. But it has to be done. And it is the first step you’ll have to take on the path to your recovery.

May To June 2021 Best Day For Good Luck Optimism

Why Each Zodiac Has Been Having Trouble Concentrating In 2021