You can tell that an Aries is going to be interested in you when he starts competing with other men for you. Typically, he doesn’t like any threats. He doesn’t want to see any guys around you. You can know that he’s really into you when he starts acting territorial and protective of you. He wants you all to himself and he won’t want any guy around you.

A Gemini man might seem like he’s always so confident with the way that he carries himself. But the truth is that he is very nervous on the inside. He won’t be too forward at first because he’s too busy trying to figure out what to say to you. However, you will REALLY notice that he likes you if he starts paying you some very sweet compliments.

A Cancer man is always going to be on the insecure side. He is very in touch with his emotions and his weaknesses and that can make him very shy. Primarily, he’s going to want to see how you’ll react to his weaknesses. He will want to see if you care about him enough for him to take a chance on you. That’s why he will act like a real weakling in front of you.

There is nothing subtle in Leo’s approach whenever he develops feelings for you. He’s going to be very aggressive as he tries to catch your attention. He will want to hang out with you as much as possible. He will want you to take notice of him every chance he can get. When he flirts with you, it’s going to be fairly obvious – and he won’t really care.

The Virgo tends to be a very uptight and no-nonsense kind of man. He takes life rather seriously and he just hates goofing around. However, if he lets himself be loose; if he allows himself to just be silly whenever he’s around you, then you know that he likes you. He’s letting loose and that proves that he has a certain comfort with you that he doesn’t have with most other people.

The Libra is a very social creature. So just because he’s spending a lot of time with you doesn’t mean that he’s particularly interested in you. It could just mean that he’s being friendly. The one way that you can tell that a Libra is into you is if you notice that he likes spending time with you alone. Because usually, he likes to surround himself with a large group of people.

It’s fairly easy to know whether a Scorpio likes you or not because he’s going to start opening up to you. In fact, you almost certainly KNOW if a Scorpio doesn’t like you because they wouldn’t really make any efforts to hide their disdain or disinterest in you. When they give you special attention, then you know that something is up.

A Sagittarius man is someone who greatly treasures his freedom and he hates surrounding himself with clingy and needy individuals. You can really tell that a Sagittarius is into you whenever he decides to take you on his adventures with him. That’s a very big deal for a guy like him after all.

Don’t worry. A Capricorn is very methodical and typically straightforward. If he likes you, he’s eventually going to muster up the courage to let his feelings be known to you. He doesn’t really like to play those coy games at all. He likes to be very upfront about his feelings and emotions.

An Aquarius is probably one of the least emotional signs out there. He doesn’t really like to confront or deal with his feelings too much. But the best way that you can tell whether he likes you or not is with the way he talks to you. If he’s trying to impress you with his knowledge and depth of intelligence, he’s definitely flirting with you.

A Pisces is hard to read. It’s as if he’s flirting with everybody even when he’s just being friendly. But don’t worry. If he’s really flirting with you, it’s going to be obvious because he’s going to make it seem that way. 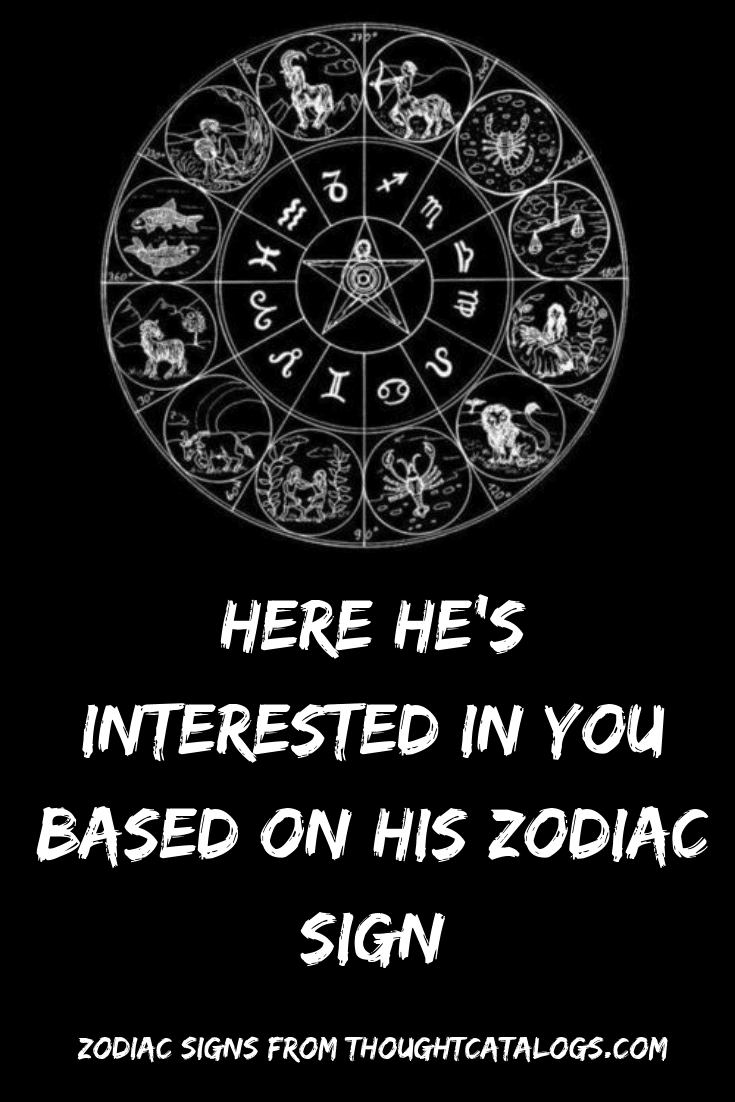