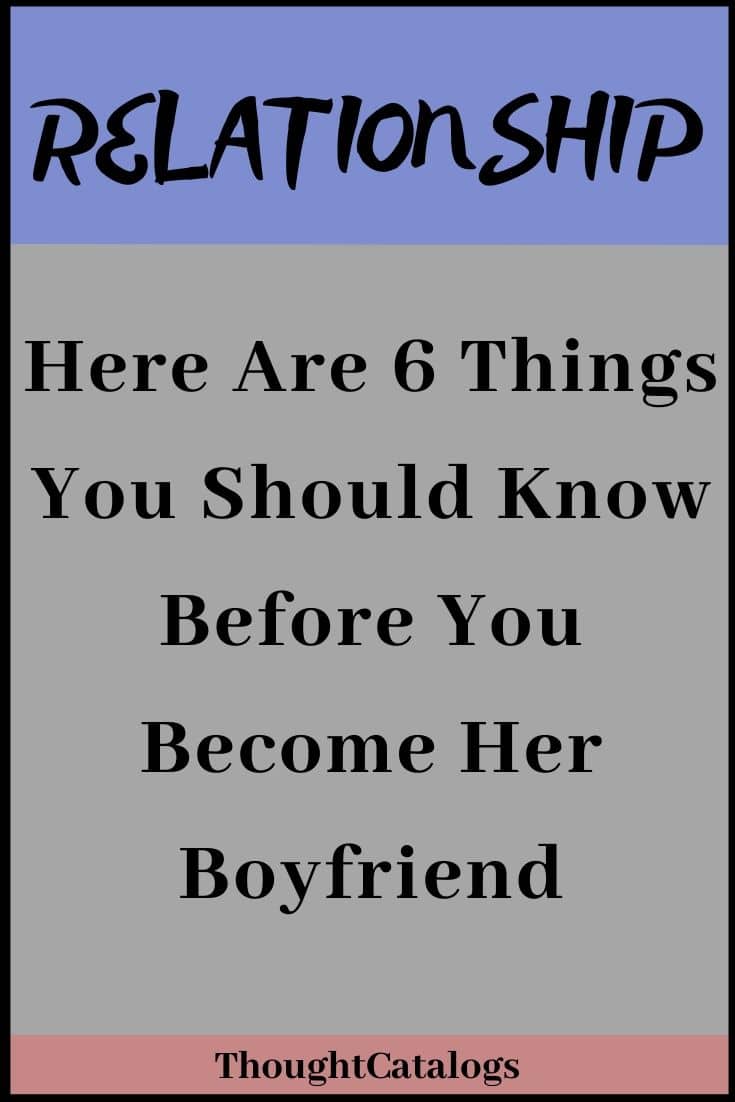 You’ve met a girl. And you assume that she is the same as every other girl you’ve met in your life. But trust me—you are more than wrong.

This girl is one of a kind and this is something you need to be aware of before you think of becoming her boyfriend.

1. She’s been through a lot

Men in her past betrayed her, hurt her feelings and did everything in their power to cause her pain. She’s been used and taken advantage of more times than she can count.

This girl was always taken for granted and she was never appreciated enough. She had her heart broken more than one time and that is something you will have to deal with if you want to be her boyfriend.

I am not saying that you will have to pay for everything these guys were doing to her, I am just telling you not to be the same as everybody else.

All of the things that she’s been through changed the essence of who she is and made her a different person. All of these men made her wonder why she wasn’t enough and tried to convince her that everything that was wrong in their relationship was exclusively her fault.

They made her question all of her values and beliefs and shook her confidence. Instead of boosting her self-esteem, all of these guys manipulated her into thinking she wasn’t worthy enough and fed her insecurities because that made her a better victim for their abuse.

This made her question not only her worth but also the intentions of everyone who gets close to her. All of this caused her to have major trust issues and made her think poorly about herself.

3. But it doesn’t mean she is weak

But all of this didn’t make her weak. These men broke her heart but they didn’t manage to break her and that is her biggest success. Although she doesn’t know it, everything that she’s been through actually made her stronger than she ever was.

She survived some things she thought she could never overcome. And although all of the men in her life changed her, they didn’t kill her spirit. Instead, she saw how powerful and strong she really is and she realized that there doesn’t exist anyone who could destroy her completely.

Now, she is ready to face all of life’s difficulties stronger than ever. That means that you shouldn’t even try to put her down or to abuse her in any way because trust me, that is something she won’t put up with.

4. She doesn’t ask for much

Another thing you need to know about this woman before you become her boyfriend is that she doesn’t ask for much. She doesn’t need anything material and she won’t expect expensive gifts and fancy dinners.

She won’t be possessive and will never try to control you nor will she try to invade your personal space or integrity. Instead, the only things she will ask for are your love and attention and she is not ready to settle for less than that.

And if you think that this is something you can’t give to her, maybe it’s time to walk away this instant.

But just because she doesn’t ask for much, it doesn’t mean that you’ll have it easy with her. As you already know, she’s been through a lot and she lost trust in the people around her.

It means that you’ll have to be extremely patient to tear down the thick and high walls she’s been building for years. I won’t lie to you—it will take you a lot of energy, time and effort to get to this girl.

6. She will give you all of her

After everything you’ve found out, you probably think that this girl is too much for you to handle and that she is hard to love. And I am not here to try to prove you wrong.

Yes, you will need to invest a lot of your time, energy and patience if you want to be with this girl. But trust me on one thing—she will definitely be worthy of everything.

If you treat her right, this girl will give you all of her. If you love and respect her enough, you will get even more in return. This woman will love you unconditionally, and you’ll see that she is more than worthy.

The Type Of Sister You Are, Based On Your Zodiac Sign

When A Leo Is Falling In Love, They’re As Charismatic As Ever, But They’re Also Looking For Someone With Whom They Can Share The...

How To Slide Into Dms: 6 Proven Ways To Do It Like A Boss

How Each Of The Zodiac Signs Handles A Broken Heart

I Want To Let You Go, But I’m Too Angry