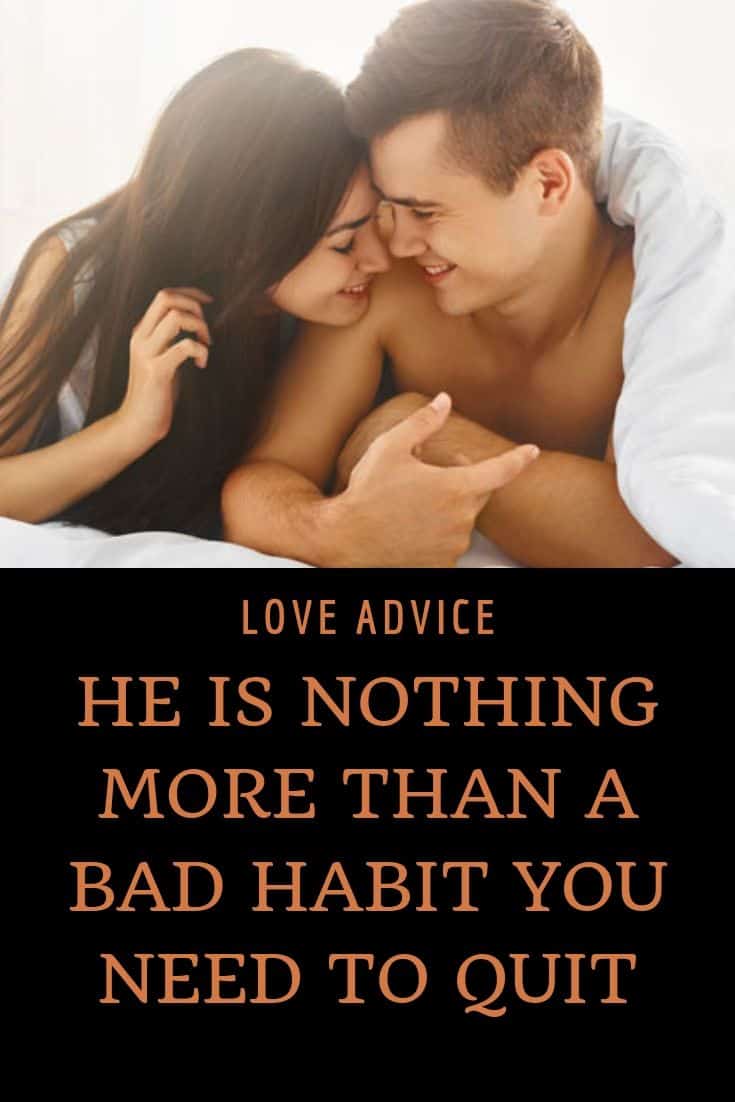 Your phone lights up and your heart is racing because you see his name. After so much time, after so many “goodbyes forever” and “never mores” he is here again, making a small step to crawl back into your life. And you are letting him, even though you know you shouldn’t.

You know the best thing to do is delete that text without even reading it. You know it to well because you’ve already lived through this same scenario more times than necessary. You know he is toxic. You know nothing will be different this time. But your hope is pushing you to believe in him just one more time. You silence that voice inside of you that screams to run away from him and you let him in once more.

The minute you open the text you know you shouldn’t have. This feeling of guilt consumes you. You know he will pull you back into his mess once again.

He is a bit different now. He is more attentive. He never forgets to check up on you during the day. He remembers to text something sweet for goodnight. He always makes time. He is winning back your trust once again. He is making space for you in his life. It seems like things are finally starting to fall into place. But it’s all an illusion.

In a split second, he changes his mind. He walks away once again, leaving you to pick up the pieces of your heart and your dignity, cursing the day you opened and answered that text. You know if you hadn’t, you wouldn’t be here again.

You know he will come back again. You swear you will never let him close again. He crossed all your boundaries. You’ve finally had enough of this back and forth. And that feeling follows you for some time. It’s sadness combined with anger and disappointment. But the truth is you don’t know. You don’t know if it’s all over until he sends a text one more time.

You wonder how I know all of this? I know because I was you once upon a time. I was that girl who opened and answered the text when everything inside of her screamed not to. I am the one who believed his pitiful excuses. I am the one who confused a habit for love.

And it took me so much time and strength not to open or answer that text when it arrived. But I finally reached the point where that text didn’t mean anything; where his words lost all their weight and became meaningless; where inviting him back into my life became unimaginable.

I was his safe harbor.  Someone who he knew he could count on to be there no matter what. Someone reliable. Someone who waits and welcomes him back. And he was always sailing back and forth, not minding that the harbor was left destroyed. He knew that the harbor will renew itself when he comes back again.

He was right. I did renew myself. Because every time he chose to leave, I had to start from scratch. I had to lift myself up. I had to find my self-esteem and heal it. I had to remember that I am important, too. That my feelings matter. That I have to learn to love myself.

So next time he wanted to come back, I didn’t let him. Next time his name lighted up the screen of my phone, I ignored it. I wasn’t about to let all the work I had done on myself go to waste this time. It took me a lot of time and effort to get to this state of mind, to get my life back on track, just so I could ruin it by giving him more chances.

After that, everything in my life took a different course. Nothing happened overnight. In spite of everything, I needed some time to heal. But eventually, things became better. I stopped wasting my life on him. I started to really see my own value. I discovered how much happier I am without him constantly invading my life. I found the peace that I am not giving up on.

What GOD Said To Each Of The Zodiac Signs?

10 Things Your Cancer Man Or Boyfriend Craves In B*d

The Moon Sign in 2021: Absolutely Everything You Need to Know

The Toxic Way You Ruin Your Relationships In 2020, Based On Your Zodiac Sign

How Honest Your Boyfriend Is Based On His Zodiac Sign