It’s no secret why The Notebook is just about every millennial’s favorite romance novel. And, to be honest, no one can blame them either. I think I can speak for most millennial females in today’s society: we want genuine love and partnership but what we want is from a completely different era.

It’s very clear to me that the love I want is simply from another generation.

I often wonder if technology is to blame for the failure of many relationships of this generation. I often wonder why communication, which used to be done face-to-face, is now done behind a screen. Receiving hand-written love letters just simply doesn’t exist anymore.

Oh yeah, Tinder happened, along with Bumble and all the other endless buffets our social media has to offer. We have stripped the communication that was once done face-to-face, and now have replaced it with some behind the scenes characters.

He can do that online, with a never-ending catalog of photos and bios from which to choose. He can make multiple online compliments with a few simple clicks and keystrokes. Courage seems to be so much greater when hiding behind a screen.

I have suffered the consequences of dating millennials and Generation Xers. All too often, these relationships end because they lack that ‘something’, that ‘understanding’, that goes along with true love and real gentlemen.

Studies have shown that men have greater s*x drives than women. Women have greater control over themselves. Men relish the idea that they genetically have an ‘animal instinct’ for s*x with multiple partners.

Today’s Internet, with all its trappings, provides men with their ‘go to spot’ when there are little bumps in the relationship road. Rather than stay and work on the relationship, they open their laptop or phone and search numerous websites promoting that ‘perfect’ woman, that perfect ‘s*xual partner’ with no strings attached.

He can search through these sites like my grandmother searched through the Sears Catalog. He can place his order for a dinner date and yet another order for late-night drinks. Let’s be honest with ourselves, men who are on dating apps are not really looking for love but are rather seeking prey.

In addition to seeking ‘relationships’ online, today’s generation lack the ability to communicate in real time, face-to-face. How often do you see couples sitting together in a restaurant on their phones and not talking to each other? When problems do come up in a relationship, it’s all too easy to hide behind that screen and send a text or email.

I lived with someone for a year who I had to beg to open up about feelings, to talk to me. After multiple times of trying to find out where his head was at, I found out via a text message that we were ‘over’.

Behind that magic screen that provides individuals with the power to be ruthless and cut-throat, that place where cowards don’t have to listen to another’s hurt or anger, they can simply type, click and send. They can then delete you from their phone, their laptop and their life.

The ability to have crazy passionate s*x, in every position imaginable, is more important than compassion and intellectual intimacy? Gone are the days of learning to love each other emotionally and physically. Today’s millennials want a fully charged, fully s*xed model.

I was passed along like a rag doll because I couldn’t perform these crazy acts. I couldn’t believe it. My desires and my feelings did not matter. All that mattered was a few minutes of s*x.

Male millennials, think about this: when you’re sitting in your easy chair, with gray hair, dentures, and you’ve soiled your adult diaper, who is going to change it for you? Is it going to be that s*xy vixen from your younger days or the woman who loved and cared for you?

Men also don’t feel accountable for the pain they create in relationships these days. I’m not sure if giving zero fu*ks is now encoded into their DNA but when there’s a bump in the road, the quickest and easiest way out is to ghost—literally disappear.

It doesn’t matter how long you have dated, most millennials are now just adapting to this so-called method. They expect everything to be perfect and the moment it’s not, they walk away silently.

Today, social media determines whether your relationship is worthy or not. How many ‘likes’ and ‘shares’ are more important than heartfelt feelings for each other. Selfies, which have been enhanced thanks to the many apps available, are flooding the Internet.

Real relationships are being replaced by fictional images of ourselves and unrealistic expectations.

It’s sad to say but over and over we see ourselves getting wrapped up into a relationship category that we allow social media to define. Honestly, how stupid is that!

Since when did the concept of being in a relationship actually need approval from others who you rarely talk to or even see? I barely posted on social media, simply for the fact that I enjoyed the moments and the pictures I shared with my SO in private.

Never should anyone seek validation on social media, let alone base the success of their relationship on it!

So for now, until the real thing comes along, the only thing I’ll crave is that endearing love from the old school love. Those handwritten love letters, those hand-delivered flowers. I’ll wait. I’ll wait because I know I deserve that legendary love story. 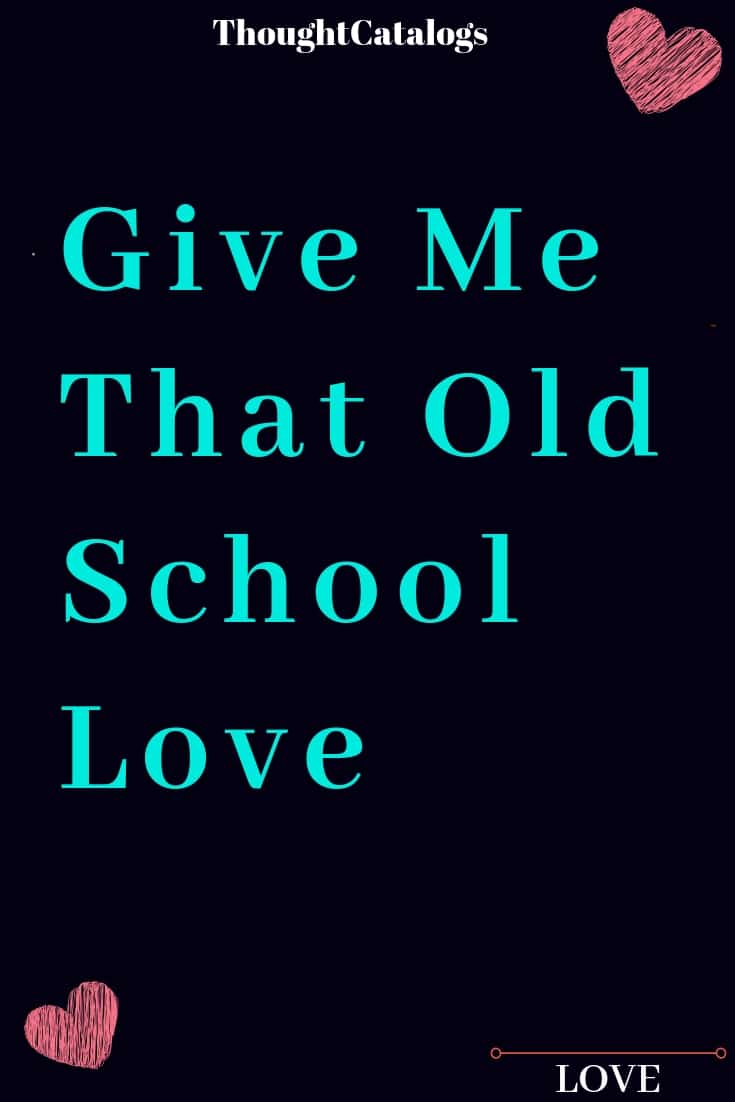 The Truth Is, It’s Hard To Forget Someone Whom You’ve Imagined Spending Forever With