Let’s be honest. When you look at your dating history, you can’t help but notice that you’ve had some, to say at least, shitty partners. But who of us haven’t?

It doesn’t matter if you were involved with a serial cheater, a manipulative narcissist, an emotionally immature mama’s boy, a player who led you on, a possessive jealous man, or any other type of toxic guy who made your existence a living hell and ended up breaking your heart in million pieces – the bottom line is the same: Choosing these men wasn’t the best decision of your life.

After everything you’ve been through, it is perfectly natural that you’d like to have the ability to go back in time and do everything different.

You wish you never had met this guy who destroyed you and changed your life for good, or at least that you could get yourself a magic stick that’d magically erase this man from your past.

However, sadly, that’s not possible. And even if it were, it shouldn’t be something you desire, despite all the pain you experienced.

And you know why? Because each one of these men – these heartbreakers – shaped you into the woman you are today.

They served as a valuable lesson, helped you grow, and made you discover some things about yourself you didn’t even know existed.

Most importantly, they showed you your strength, made you realize everything you’re capable of, and made you understand what you don’t want from relationships and life in general.

So, why do you keep on blaming yourself for making all these wrong choices? After all, these were decisions that you considered to be the right ones at a given moment and you should stand behind them.

Why do you consider yourself guilty for the way they treated you? Why do you hold yourself responsible for their misdeeds?

Don’t get me wrong. It’s not that I judge you for feeling this way. In fact, I know exactly what kind of thoughts go through your mind.

I know you still can’t believe you were that foolish and didn’t know better.

You blame yourself for not listening to your gut and following your intuition, when they were trying to tell you to run for your life.

You can’t get over the fact that you didn’t see the signs staring right there in front of you all along.

That you refused to take off your rose-tinted sunglasses and face the truth, no matter how painful it actually was.

You can’t help but blame yourself for all the endless second chances you gave away, even though you knew none of these men deserved it in the first place.

For believing they’ll change, despite knowing very well that was utterly impossible.

You regret all the effort you put into relationships that had no future, all the sacrifices you made, and all the times you attempted to stop things from going downhill, regardless of it being crystal clear that they couldn’t be saved.

You still beat yourself up for deceiving yourself and believing their bullshit lies, empty excuses, and false promises. For settling for less than you deserve.

For wasting years of your life on someone you should never have let in in the first place. For loving them more than you loved yourself. For being a fool to allow them to treat you the way they did.

However, I’m here to tell you that you really are not guilty of anything.

After all, you never had bad intentions and everything you did was led by your heart. That’s something you should be proud of.

At the end of the day, you know that you gave your best to everyone who’s ever been a part of your life.

You know you put all of your efforts into making things work and that relationship failures aren’t your fault.

So please have the strength to forgive yourself for your wrong choices and stop allowing your past to affect you any longer.

Don’t think of yourself as predestined for a life of misery when it comes to romance just because you made some mistakes before.

Don’t consider yourself unworthy of another man’s love just because your douchebag of an ex wasn’t giving you enough attention.

If you were the bigger man and managed to let go of resentment against the ones who’ve done you harm, why are you so hard on yourself?

If you mustered the strength to forget about taking revenge against the ones who broke your heart, why can’t you give yourself a break too?

After all, you couldn’t have known what was going to happen.

You’re no magician and you don’t have the ability to predict the future, so the truth is that you couldn’t have known what would happen and protect yourself in time.

Besides, you were the one who was cheated on, controlled, manipulated, lied to, and abused in various ways.

Remember that you were the victim here. And no matter what, it’s never the victim’s fault! 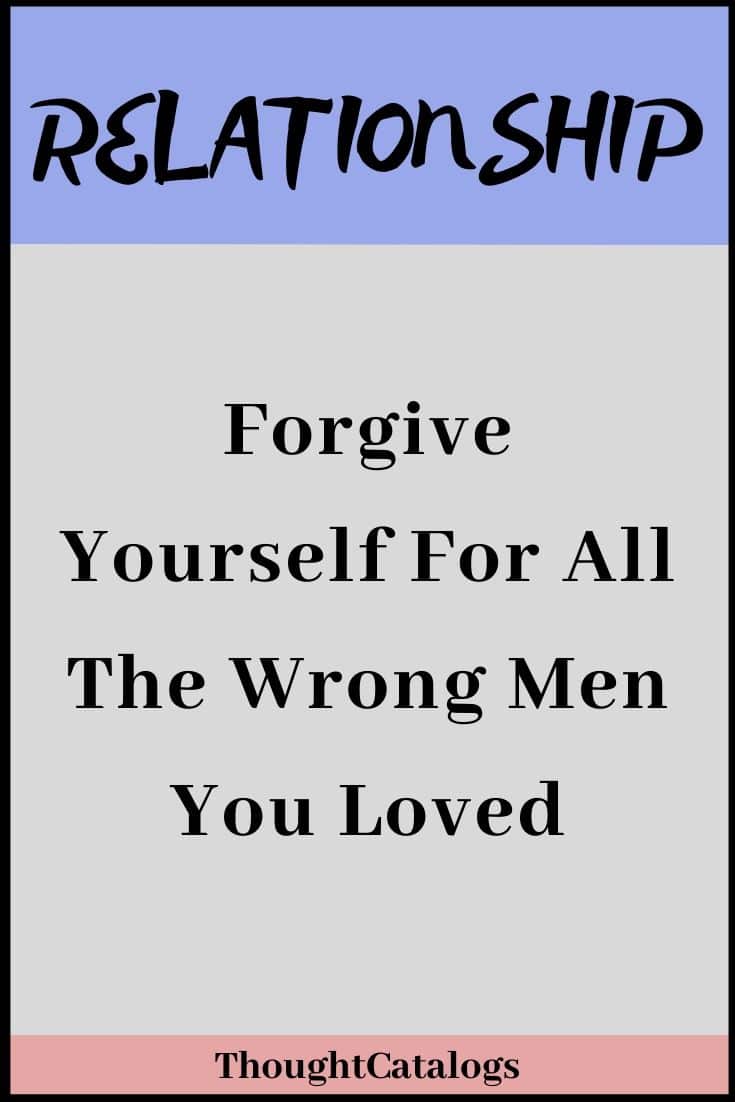 Insight Into Male Psychology During The No Contact Rule