For all the Star Wars fans out there, this is something cool that you can relate too. After having watched the movie, many will want to identify with the characters and while you may relate to Darth Vader or Han Solo, read instead how your zodiac sign matches you with the personalities of the characters. In a galaxy far away, who would your Zodiac Star Wars Character actually be? Would you be a scruffy or disciplined fighter for the force, would you be someone from the dark side or would you be a famous Jedi? Find out your Star Wars character according to the zodiac.

Aries like Poe Dameron are gifted with natural leadership qualities and are motivating to any cause. Although there may be a problem in following through, they will like a ram push through their own agenda despite of challenges. They have an attractive charisma and find it easy to get people to follow them. Poe Dameron is a true representative of an Aries sign. He may tend to be foolhardy and reckless but he can easily make up for it with his lovable smile especially when his wrong decisions end up as mistakes.

Chewie is a perfect Tauran who can be stubborn and pig-headed at times but he is also softhearted and sensitive. Chew can be dependable and patient. As an earth sign, a bull is well grounded and loved by many, although he can be rigid and materialistic when trying to pursue goals and get work done. Chewie like a Tauran is very loyal in friendship but has no mercy on his foes. Post fighting, Chewie’s tame wild side transforms into a gentle bear but never try to beat him at a game of Dejarik.

Gemini people love to talk and always thirst for knowledge. Their twin energy helps them look at a problem from a dual perspective but that can lead to indecisiveness and inaction. They won’t even mind playing a sidekick and that’s exactly what C3PO is. He is a Gemini in the true sense of the word and like a Gemini, he works best with a companion in his case R2D2. Like a talkative Gemini, C3PO can stop shooting off his mouth from suggestions, to his abilities and reminding people of the impending dangers of a situation, he just keeps rambling on.

Cancerians have strong connections to their roots and are prone to moodiness. A crab will in many situations hide in his shell or run away but that doesn’t mean you should interpret that as fear. Don’t underestimate crabs as they are motivated with high tenacity and a drive to excel. They can be protective of their causes and stubborn too.

Kylo Ren is the perfect example of a crab. Though he may have a gentle side, his hard exterior hides that and makes it difficult to display. He is obsessed with his lineage but just like cancer, when you show him love, he will not accept it if he isn’t ready and will reject it outright. 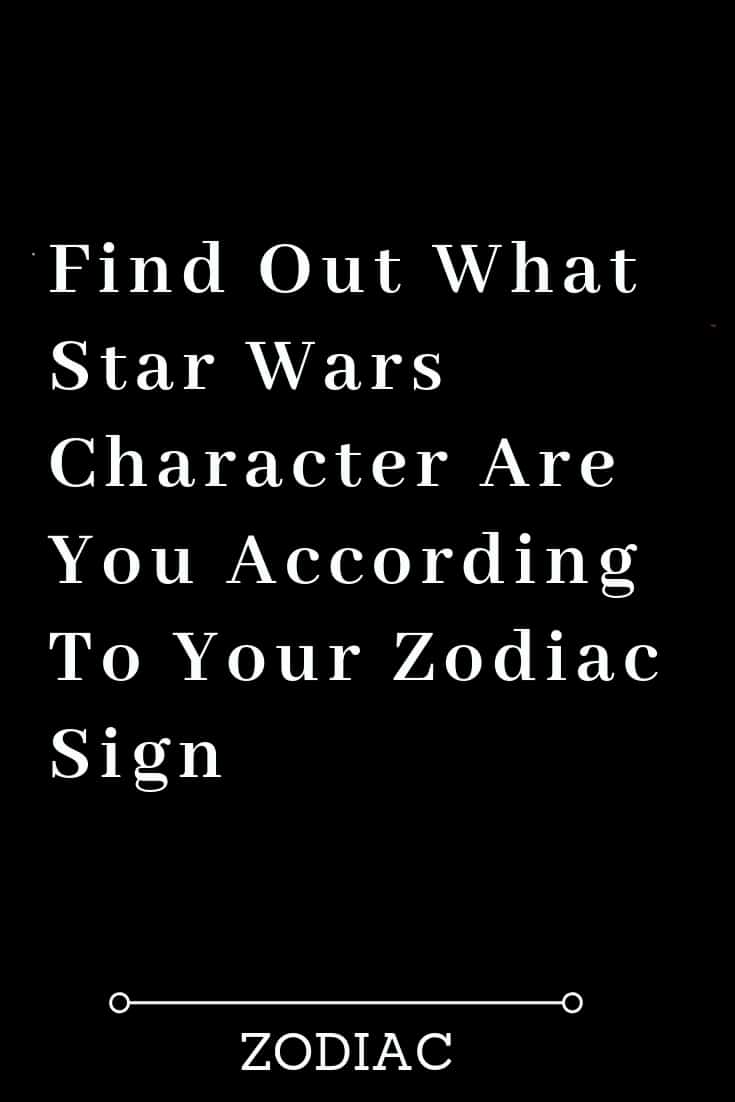 When you love someone, you love them all the way. You love them through good and bad times and through thick and thin. You don’t...

On Wednesday, it will certainly be very important to look realistically at events that are presently taking place in your life. Maintain your feet...

Click Here To Discover What Men Secretly Want, But They Could Never Tell You. 1. Sagittarius Sags are definitely the hottest sign of the zodiac. They...

Stress-Relief Strategy That You Should Try, Based On Your Zodiac Sign

When the world feels like it’s a little too much to bear, everyone has their own methods for dealing with the stress. Some prefer alone time,...

Here Is Why You Are Still Single, According To Your Zodiac Sign

1. Aries This zodiac sign actually wants to find love but they are super-busy with their careers and their friends. They want to be able...
𝐓𝐡𝐞 𝐭𝐡𝐨𝐮𝐠𝐡𝐭 𝐜𝐚𝐭𝐚𝐥𝐨𝐠𝐬 is an Educational & Entertainment Platform theme. Our Team Publishes 100+ Content On Weekend/Monthly. We will motivate the needs of any person & make them inspire instantly You, Will, admit Once You Begin Your Journey With Us. The Thought Catalogs platform is a perfect choice.
© Copyright © 2022 - All Rights Reserved | TheThoughtCatalogs.