Falling for a stubborn girl is never easy. But when you find a girl with a heart as stubborn as her mind, don’t let go. Choose to be with her, try your best to win her over because, I promise you, she’s gonna be the best choice you’ve made in your life.

Dating a stubborn girl won’t feel familiar because she won’t be predictable. She won’t resemble any other girl you’ve been with before and she’ll often appear intimidating. Only the strongest guys can handle this amount of stubbornness.

Dating a girl with a heart as stubborn as her mind will be a challenge. It will be sailing into unknown waters and it won’t be like anything you’ve experienced before. Because a stubborn girl is different. And a stubborn girl loves differently.

Because of her stubbornness, it will often be hard to gently point out the things she does wrong. She won’t be able to see it as you trying to help, but more as an attack on her personality. It’s just the way she is and the worst thing you can do is keep pushing.

If you see your words don’t really get to her in the way they should, you should back down. The worst thing you can do is to pour gasoline on the fire. Let the things you said sink in, because eventually she’ll realize her mistake and she won’t have trouble coming to you and apologizing for not listening. She might be stubborn, but she will never be oblivious.

She will never just comply.

She is just not one of those girls who bows down before men. Don’t expect her to agree with everything you say, because she’ll most probably argue with you on each and every thing she disagrees with.

But at the end of the day, she shouldn’t comply. She shouldn’t agree with everything you say and she shouldn’t follow your path, because there wouldn’t be any fun in it. She’s your girl, not your toy.

She’ll have a strong opinion most of the time.

She’s one of those girls who knows what she wants and she’ll always have a strong opinion about the things she likes, loves or is genuinely interested in. Her attention won’t easily drift off the topic she wants to talk about and you most definitely won’t be able to convince her of something she thinks is not. She won’t let things go just because she loves you or just because she doesn’t want to argue with you. She’ll push to the end even if it kills her.

She’s not the type to just agree with you out of fear, pity, or weakness. This girl has a backbone and she’s going to keep it real with you. When she doesn’t agree with you, she’ll tell you. And this will give you an honest, down-to-earth relationship.

She knows her worth.

She’s one of those confident girls who’s pretty much self-aware. She won’t have her head so high in the clouds that you can’t talk to her, but she will never allow anyone to bring her down either. She has her own path and she constantly works on herself because she’s aware that the things she wants don’t come easily and she’s pretty much aware of her limits, but she keeps pushing them to grow.

She knows what she wants.

And when she puts her mind to it, she doesn’t rest until she gets it. She is forceful when it comes to the things and people she loves. There is nothing that can ever stop her once she has decided to go for it. If she was only driven by her mind, she might give up, but when she’s driven by her heart, there is no talk about giving up. That’s why you should fall for her.

A girl with a heart as stubborn as her mind will never give up on you. She will fight for you till her last breath, and when she falls for you, there is no going back.

Because she’s different, she loves differently as well. Her love won’t look familiar and, at times, it might be overwhelming for you. Don’t fight it, embrace it, because once you feel how a girl with a stubborn heart loves, there is no going back. There is no getting off that drug.

She will love you stubbornly.

A girl with a stubborn heart is passionate and she cares deeply. She wears her heart on her sleeve and you’ll always know how she feels about you. Even if she fights with you, she won’t push it because she’s actually really good at it. She can empathize and she’ll know when to see things from your perspective. She might be a pusher, but she will never be a pushover.

And the best part about falling for a girl with a stubborn heart is that she will never give up on you.

You won’t be able to push her away in your bad days because she’ll know that it’s not really you. Even when other people tell her to give up on you, she won’t. Once she’s headed your way, there is nothing that can stop her.

Eventually, you’ll thank God she is the way she is, because when things get tough she won’t be the one to forget why she fell for you. She won’t give up. She’s gonna fight for you and for your love and to make things right. She might be difficult at times, but if you endure that part, you’re going to love the part when she isn’t difficult anymore.

So fall for a stubborn girl.

Fall for a girl who has a stubborn heart, because she’s going to love you with all her heart and her whole soul. She’s gonna love you like you’ve never been loved before. And because she’s stubborn, when she decides to love you, she’ll love you forever, whether you like it or not. 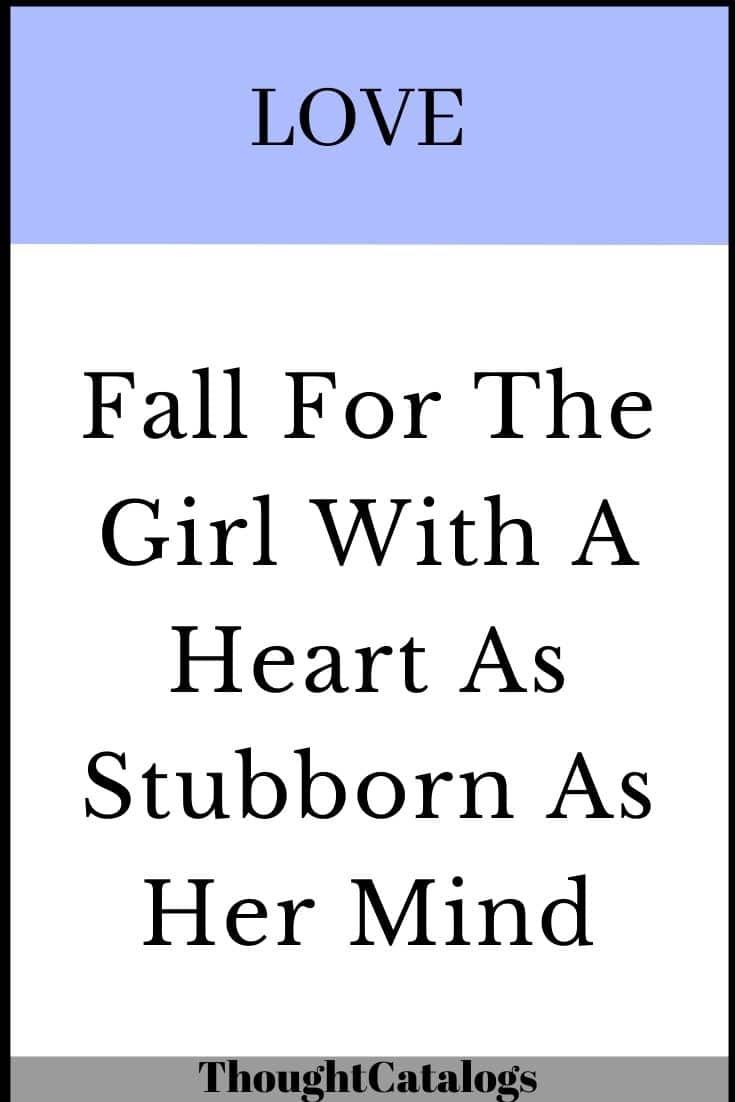 Aries What pisses Aries off the most is: 1. People who shuffle when they walk. 2. Unreturned phone calls. 3. Mobile phones and all devices that are broken...

April 2021 Horoscopes: What You Need To Expect, Work On, And Prepare For This Month

Cancer You have actually had an uphill battle thus far, as well as it seems as high as you try to move in the appropriate...

The 5 Most Misunderstood Signs of the Zodiac

How to get a Aquarius Man fall for you Being misunderstood is par for the course when it comes to being human, but for some...

The Simple Trick That Will Completely Transform Your Relationship In July 2021, Based On Your Zodiac Sign

Click Here To Discover What Men Secretly Want, But They Could Never Tell You. A man and woman holding hands as well as smiling happily...

There are psychic messages for each sign of the Zodiac, for the month of April of this year. April is said to be the month...

These 5 Zodiac Signs Get Our Heads Spinning With Their Sassiness

5 Signs He Really Doesn’t Love You

EVERY PAIN OF LOSS TELLS A STORY OF LOVE

While Ariens are independent and love their freedom