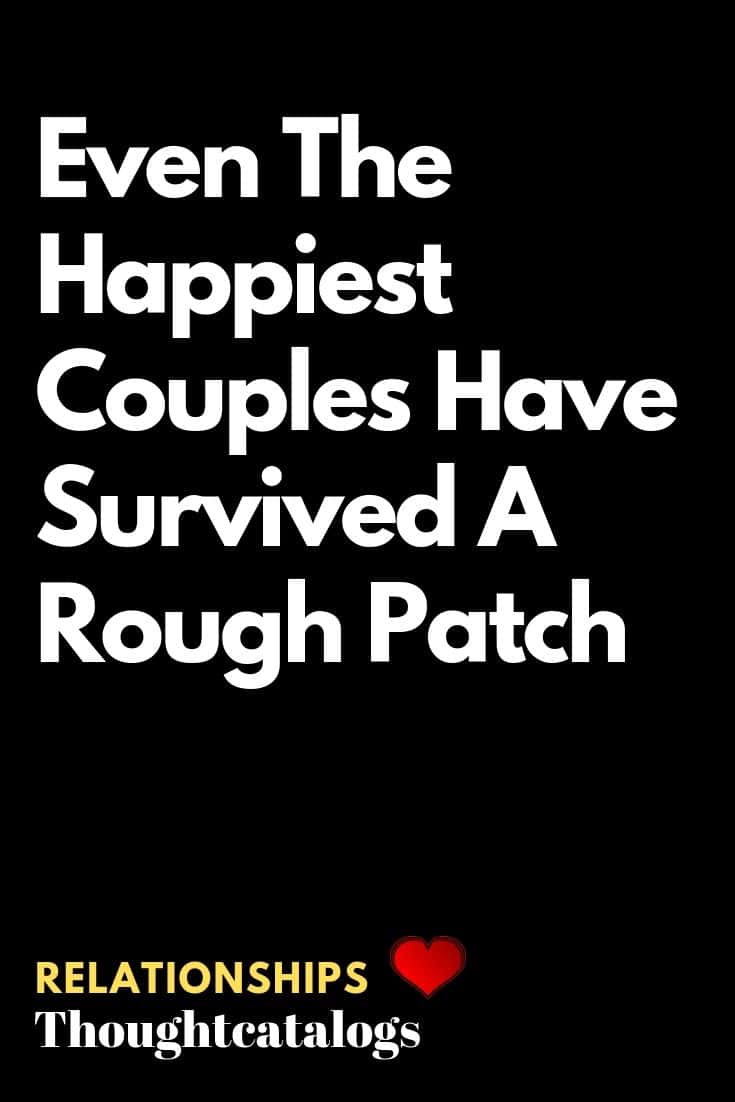 Don’t be fooled by the way it all looks now. Their life hasn’t been an eternal honeymoon. The happiest couples have had their fair share of rough patches.

A relationship means struggles from time to time; it’s not all rainbows and butterflies. Couples who stick together through all the turbulence and chaos end up the happiest.

They are the ones that decided to work on things instead of giving up. It’s always easier to give up; to say that things can’t be solved and call it quits.

But when love is stronger than all the differences, they always manage to find each other halfway. They compromise. They work as a team and find common ground.

It’s an illusion that happy couples are constantly in that state. Their life is not harmony all the time. They don’t behave perfectly all the time.

They bicker. They fight. They get on each other’s nerves. They hold grudges. They stop talking. But they cool down. They make up. They forgive and forget because they mean the world to one another.

Even when they can’t stand each other, their love is still there. And there is no problem in this world that can destroy two people who have decided that they will make it.

Togetherness is what it’s all about, and they know it well. A relationship can’t survive when there’s only one person fighting.

Relationships always take two. Just because they have a fight now and then or they have endured a rough patch for two don’t make their feelings any less.

They never did something unforgivable, though.

They never cheated and betrayed their partners. They never abused them physically or emotionally. They never even said something that was too painful to forgive.

There are some lines they would never even think of crossing. In spite of all the difficulties and problems, they always respect each other and treat one another properly.

Don’t think for a second that it all came easily to them.

The longer two people are together, the more they change. They stop trying. They stop being romantic. They forget to appreciate one another.

What makes happy couples different from the rest is that at this point, they press the reset button. They go back to the start. They remember what made them fall in love in the first place.

It wasn’t easy at all, but it was worth it.

They face their problems together.

They don’t mop them under the carpet and pretend that they never happened. They don’t turn their backs to each other. They do their best not to go to bed angry.

They make an effort. They persist. Because they know it’s worth it. They know that they have a bond they will never have with anybody else.

They know that true love comes once in a lifetime. They treat it like their most precious possession, and there is no rough patch that can separate them.

2021 5 Zodiac Pairings That Will Make The Best Couples

One Day, All The Love You Gave Him Will Find It’s Way Back

ThoughtCatalogs - March 17, 2019 0
Click Here To Discover What Men Secretly Want, But They Could Never Tell You. The idea of a perfect spouse is different for everyone. Some...